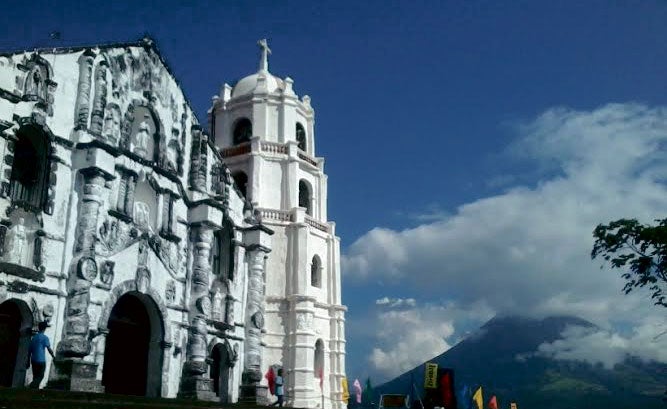 ALBAY is a good example of man’s coexistence with the environment. Daraga Church with Mayon Volcano in the background EDGAR ALLAN M. SEMBRANO

MORE than two decades after the last Philippine inscription, the country has again made it to the United Nations Educational, Scientific and Cultural Organization (Unesco) Biosphere Reserve list, a distinction given to sites recognized internationally as sustainable-development models that provide “living observatories” for nature and its inhabitants.

In the recent 18th session of the International Coordinating Council of the Man and Biosphere (MAB) program of Unesco in Lima, Peru, the province of Albay earned the coveted status as a MAB reserve, the third for the country after Puerto Galera in 1977 and Palawan province in 1990.

Albay Gov. Joey Salceda was present in Peru and emphasized the importance of the province in terms of its rich terrestrial and aquatic resources.

He told international delegates that in Albay, “local communities live in harmony with nature, and are imbued with a deep sense of respect and responsibility for the environment.”

But three other Philippine sites would no longer be nominated to the related Unesco World Heritage List.

The two sites had been eyed to be enrolled on the Tentative List (TL) by the Unesco National Commission (Unacom) of the Philippines but were dropped eventually.

Unacom Commissioner Eric Zerrudo said Apo and Taal had been considered in 2005 but were dropped during the Unacom meeting in 2014 in Vigan, Ilocos Sur.

Zerrudo said the condition obtaining in the two sites had “changed considerably” since the last Unacom review in 2005 “due to pollution and the construction of new structures that affected their authenticity and integrity.”

Panglao Island has also been dropped.

Once nominated through the TL, Zerrudo said the sites would undergo stringent process of review.

He added Apo, Taal and Panglao would have difficulties meeting the World Heritage Committee criteria.

Albay joined 19 other new sites from around the world declared as Biosphere Reserves this year.

“The site’s high conservation value is constituted notably by its 182 terrestrial plant species, 46 of which are endemic. Its marine and coastal ecosystems number 12 species of mangrove, 40 species of seaweed or macro-algae and 10 species of sea grass,” reads part of Unesco’s description of the province in a press statement.

“Five of the world’s seven species of marine turtles are to be found in Albay,” it adds.

The Unesco MAB was launched in 1971 as an intergovernmental scientific program that aims to institute scientific basis for the improvement of the relationship between man and the environment.

Unesco describes the recognized sites as “exemplary of the planet’s biodiversity and how man can inhabit the planet sustainably.”

“MAB combines the natural and social sciences, economics and education to improve human livelihoods and the equitable sharing of benefits, and to safeguard natural and managed ecosystems, thus promoting innovative approaches to economic development that are socially and culturally appropriate, and environmentally sustainable,” notes Unesco.

Today, 670 sites from 120 countries have the distinction of being Biosphere Reserves since MAB’s inception in 1971.