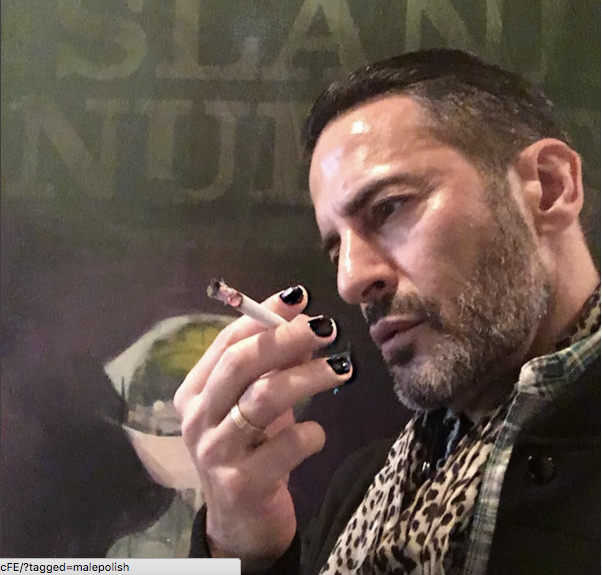 American fashion icon Marc Jacobs has been known to innovate a few trends over the years, and his latest male-centric manicure craze over photo sharing application, Instagram (IG), is no exception.

The 53-year-old designer has been posting through his personal account @themarcjacobs in recent weeks, where he’s seen posing with a different shade of manicure each week—usually alongside a lit cigarette.

The images eventually gave birth to the IG phenomena labelled as ’Mani Mondays,’ with other male users flaunting their flawless paint jobs by using the hashtag, #MalePolish.

Surprisingly, the manicured nails trend—which is an unusual staple for the male populace—even reached other social media platforms such as Twitter and Facebook.

Citing reports from fashion website wmagazine.com, the #MalePolish revolution would not be made possible without Jacob’s longtime friend, Jin Soon Choi.

The Korean, dubbed as the ‘Nail guru’ and founder of JinSOON Nail polish, expressed her delight regarding their new trend.

“I think it’s a way for any man to put the finishing touch to his look, and I am pleased to see them embracing this movement,” she said.

Meanwhile, the movement is not Jacob’s first venture with beauty products for men, after his creation of a make up line in 2013.

His clothing lines, Marc Jacobs and Marc by Marc Jacobs, has over 200 retail stores in 80 countries. Khristian Ibarrola, INQUIRER.NET