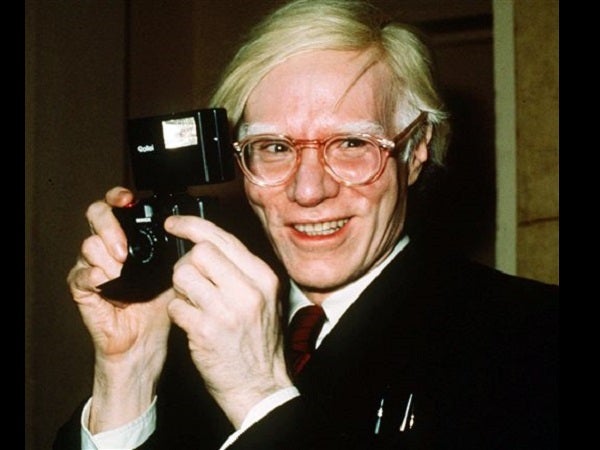 In this 1976 file photo, pop artist Andy Warhol smiles in New York. The Andy Warhol Museum is launching a live video feed from the pop artist’s gravesite to honor his 85th birthday. Warhol’s 85th birthday would have been Tuesday, Aug. 6, 2013. Warhol died in 1987. AP

SPRINGFIELD, Missouri — Federal investigators looking into the theft of artwork — including Andy Warhol prints of Campbell soup cans — from a Missouri museum hope a $25,000 reward stirs up leads.

The FBI says the break-in at the Springfield Art Museum took place on April 7 and involved the theft of seven of 10 Andy Warhol prints on permanent display. The site’s Warhol collection is valued at $500,000. TVJ