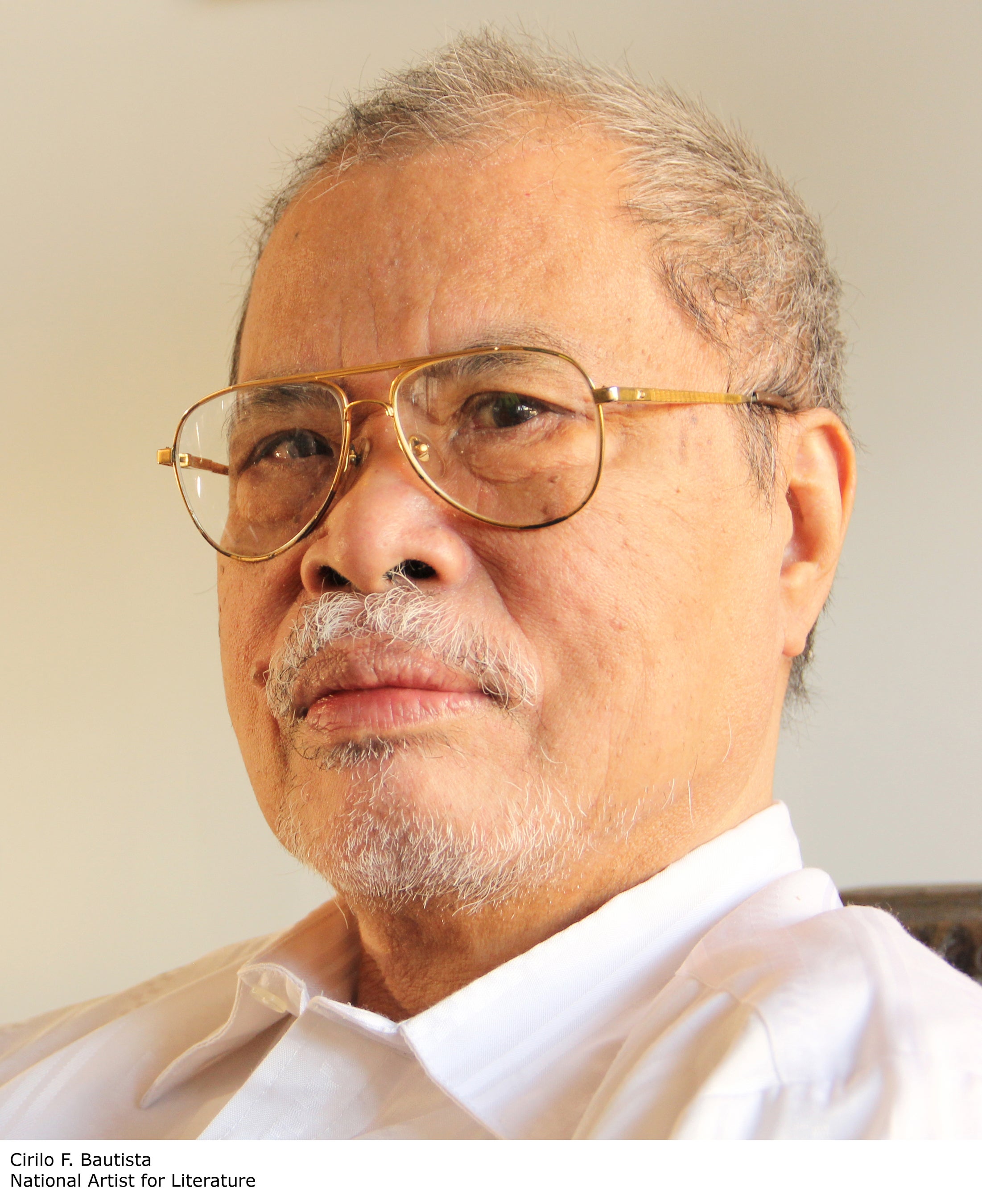 Finally, tribute to 2009 and 2014 National Artists at CCP, conferment in Palace on April 14

A performance tribute will be given on Thursday, April 14 at 6 p.m. to three individuals who were proclaimed National Artists in 2009 and six National Artists whose proclamations were signed by President Benigno Simeon C. Aquino III in 2014 at the Cultural Center of the Philippines’ Main Theater.

Conferment rites for the new National Artists will be held in the afternoon of Thursday at the Malacañan Palace.

Musical direction is by the young brilliant composer-musician Jed Balsamo and script written by the much-awarded Nicolas “Nick” Pichay.

Manuel Urbano, better known as Manuel Conde, was a film director, writer, actor and producer used film to transmit to a younger generation of Filipinos the stories in ancient and oral narratives like “Ibong Adarna,” “Siete Infantes de Lar” and “Prinsipe Teñoso”.

He succeeded in giving Filipino cinema a cultural history of its own and introduced Filipino cinema to the world when his epic Genghis Khan competed in the prestigious Venice Film Festival in 1952.

Lazaro Francisco wrote 11 novels focused on the plight of the common tao, most especially the oppressed peasantry.

He came into prominence not only for his social conscience but for his fine Tagalog prose that enriched Tagalog writing and the body of Filipino works. 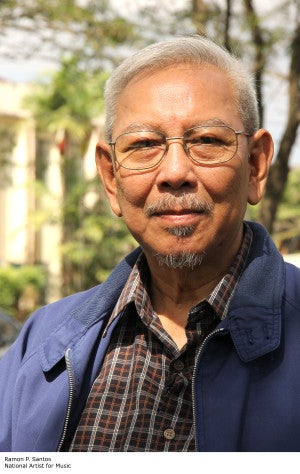 In the 1950s, his literary art was a distinctive feature of the incipient nationalist awakening of the Filipino youth movement.

Federico Aguilar Alcuaz was a painter and a lawyer, best known for his still lifes that are considered unmatched in the history of Philippine art.

Based in Barcelona, Spain, Alcuaz had the whole of Europe as his artistic background. 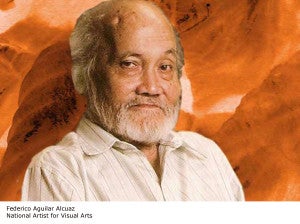 He imbibed the strengths of the great masters, absorbing the lessons of the breakthrough movements from Impressionism to Cubism.

A prodigious artist, he produced a trove of canvases that bore the stylistic lineaments of Cezanne, Matisse and the great Cubists Picasso, Braque, and Gris, as he developed his own distinct identity.

Alicia Garcia Reyes or Alice Reyes, as she is popularly known, is considered the mother of Philippine modern dance.

As a choreographer, dancer, artistic director and dance educator, she helped create the foundation of modern dance in the Philippines and spearheaded the development and promotion of a distinctly Filipino modern dance form.

Cirilo F. Bautista is a poet and educator. He has produced novels, essays, translations, criticism and theory. He traveled all over the country, conducting writing workshops to encourage the flourishing of literary arts. 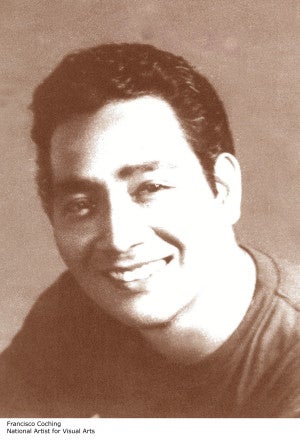 He wrote and illustrated 63 komiks novels, almost all of which became films. He is regarded as a creative force who excelled in the complex interplay across three artistic impulses: the literary through the stories he conceived; the graphic through the images he drew for the narratives; and the cinematic through the fiction that became scripts for the films drawn from his novels. 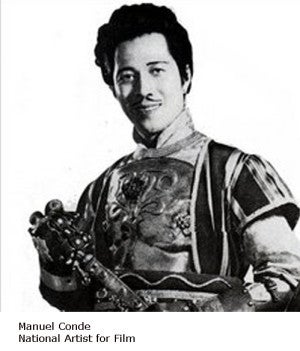 Francisco Feliciano propagated “Asianness” in his works. He combined Filipino culture and the Western musical idiom in his operas, ballets, orchestral works and hymns. His lifelong mission was to propagate a new language for religious music, a dream accomplished through his many students at the Asian Institute for Liturgy and Music which he founded in 1980.

Dr. Ramon P. Santos is a composer, conductor, musicologist, scholar and mentor, academic and cultural administrator. His scholarly work has contributed to a deeper understanding of Filipino culture and heritage.

His compositions that combine his avant-garde musical orientation with his interest in Southeast Asian musical traditions continue to influence today’s young Filipino composers. 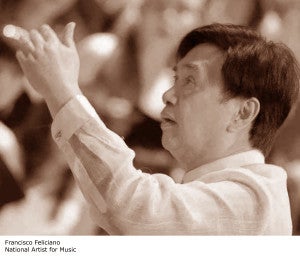 Jose Maria Zaragoza was a leading figure in the Philippine architectural scene of the 1950s. He was a pioneer in the tropicalization of modernism in the Philippines. He designed landmark worship spaces, spiritual centers, as well as some of the Philippines’ iconic edifices of commerce and culture.

The National Artist Award is the highest national recognition given to Filipino individuals who have made significant contributions to the development of Philippine arts, namely Music, Dance, Theater, Visual Arts, Literature, Film, Broadcast Arts and Architecture and Allied Arts. 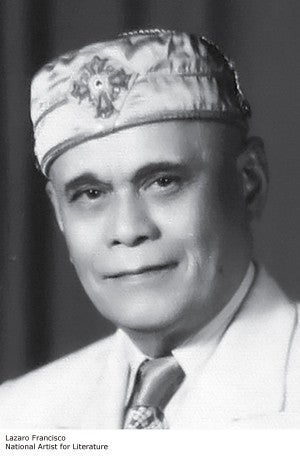 The National Artist Award was created by Proclamation No. 1001 dated April 27, 1972 to give appropriate honors to Filipinos who have distinguished themselves and made outstanding contributions to Philippine arts and letters. The first award was conferred posthumously later that year to Fernando Amorsolo. 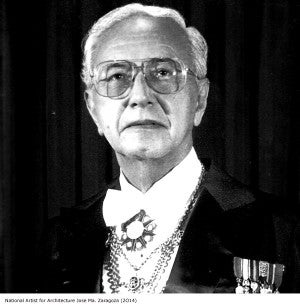 The National Artist Award is given every three years by the President of the Philippines in the month of June. To date there are a total of 66 National Artists, including those newly proclaimed. TVJ

9 to be conferred nat’l artist awards