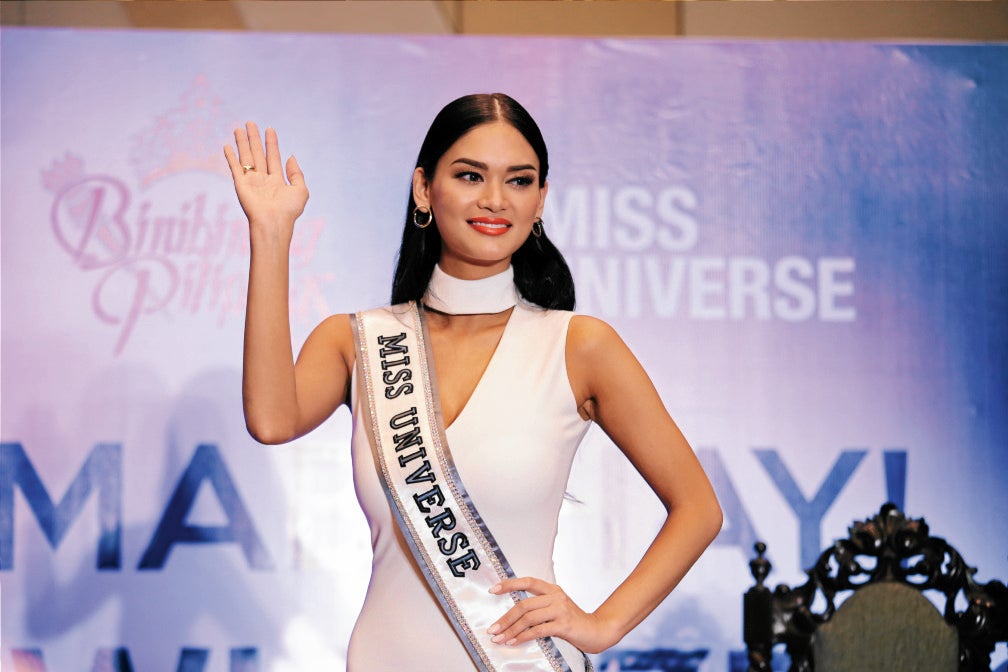 Processed with VSCO with hb2 preset

Pia Wurtzbach: Miss U successor must be ‘holistically prepared’

For 2015 Miss Universe Pia Alonzo Wurtzbach, her successor should be “holistically prepared” for the big league, she said in a press conference on Thursday afternoon at Novotel Manila in Quezon City.

The Filipino beauty queen flew to the country on Wednesday morning to relinquish her title as Miss Universe Philippines in the 2016 Binibining Pilipinas pageant coronation night on April 17.

“She has to be physically, mentally, emotionally and spiritually prepared,” Wurtzbach said of her preferred successor.

Wurtzbach bagged the Philippines’ third Miss Universe victory in Las Vegas in December last year, ending a 42-year drought for the country since Margie Moran bagged the crown in 1973.

But Wurtzbach said her stay would be short, as she was set to grace the Miss Peru contest after the Binibining Pilipinas pageant.

Of the 40 aspirants this year, Wurtzbach said there were many who caught her eye because “they looked like they were having fun.”

The Filipino queen said she leaned toward aspirants “who I feel like I want to be friends with.”

The pageant will take place at Smart Araneta Coliseum on April 17, 7 p.m., with a delayed telecast on ABS-CBN on the same evening. RC