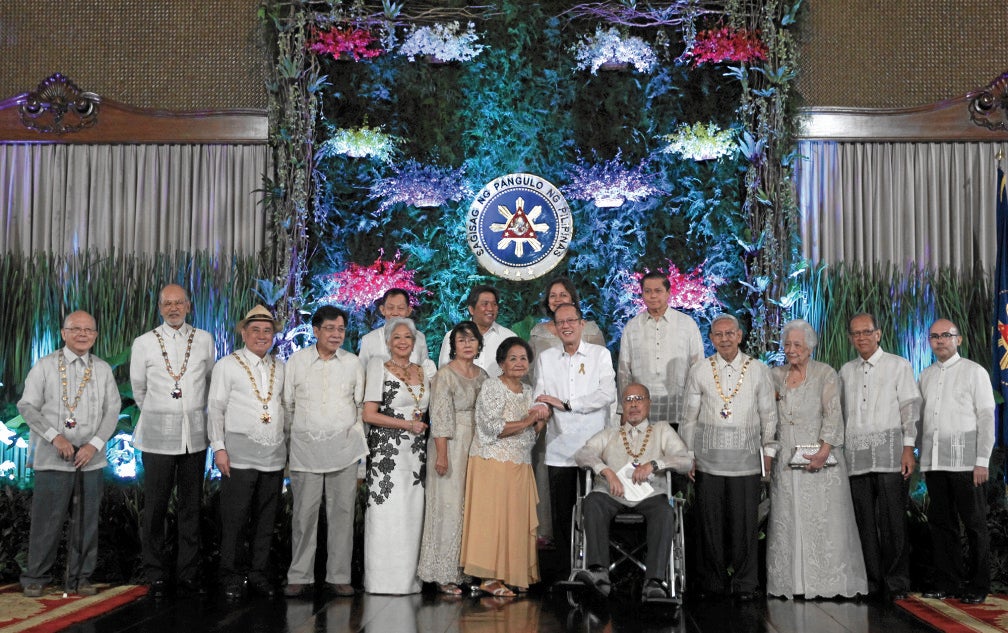 President Benigno Aquino III on Thursday honored nine newly declared National Artists, saying the country was recognizing them not only for their talents and contributions to society but because they “represent the best character of our race.”

“To our National Artists: I know that any medal, any praise, any colorful words are not enough to the contributions in your respective fields and our society,” Mr. Aquino said at the conferment ceremony in Malacañang on Thursday.

“We all agree that when we say National Artist, this is not about a medal just being given to anyone. This means we recognize the National Artist not only for their excellence in performing or creating, but also because they represent the best character of our race,” the President said.

Mr. Aquino said he was honored to meet them and was in awe of their contributions to the arts.

Those who were awarded posthumously were represented by their spouses or children.

The Order of the National Artists Award  (Orden ng Gawad Pambansang Alagad ng Sining) is the highest recognition given to Filipinos who have made significant contributions to the development of Philippine arts,  namely, music, dance, theater, visual arts, literature, film and broadcast arts, and architecture and allied arts.

Finally, tribute to 2009 and 2014 National Artists at CCP, conferment in Palace on April 14