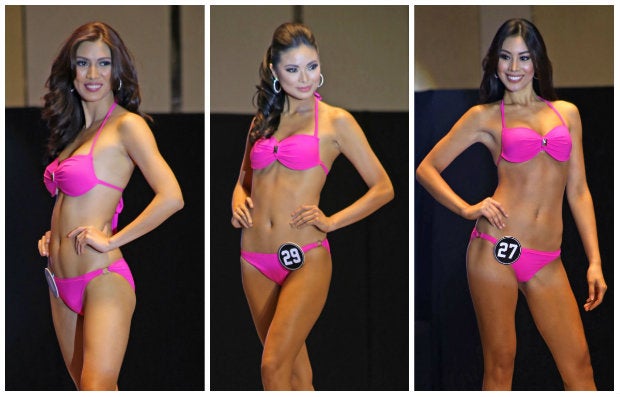 The country’s “beauty camps” appeared challenged by the impressive performance of Filipino beauty queens in international tilts in 2015, and fielded formidable aspirants for this year’s edition of the Binibining Pilipinas pageant.

Top beauty camps Aces and Queens (A&Q) and Kagandahang Flores (KF) are unfazed by the pressure to sustain the Philippines’ strong showing abroad, and led the pack by dominating the arena, accounting for 75 percent of the contenders this year.

Lead mentor Jonas Gaffud told Inquirer the team continued to provide “the same training we give voluntarily every year.”

Every year is a learning process for the group, he said. “So it’s more about observing the pageants last year.”

“People have been asking about the pressure, but I don’t want to be too hard on myself,” Gaffud shared.

Team leader Rodgil Flores told Inquirer, “To keep up with our track record in the international pageant scene, we have leveled-up our training and started to implement new techniques.”

But other players have also stepped up their game.

He said he only fielded five of his nine trainees, because he decided to register “only the most ready and the most prepared.”

Repeater Jeslyn Santos is perceived to be his strongest shot for the crown this year.

Another player who took part in the scuffle is RL Lacaniente, who has yet to get a title in his six years of fielding contestants.

“I observe the trends in pageants and apply to my training what I feel should be included. Before, the trend was ‘baklaan’ in terms of walking, whereas now the natural, lady-like movements are more preferred.”

Flores said the winner would be “someone who has the same shining qualities of Pia, but is also uniquely beautiful. She exudes her own brand of individuality.”

For Dela Vega, “the girl we have to send to Miss Universe, in particular, should be a multi-media type. She is used to, and comfortable with cameras and adept in on-the-spot interviews.”

While Gaffud said “the judges should pick someone like Pia—gorgeous yet eloquent and smart.”

Find out whose bets will emerge victorious in the 2016 Binibining Pilipinas coronation night at the Smart Araneta Coliseum in Quezon City on April 17, 7 p.m.

The ceremonies, with “celebrations” as its central theme, will be hosted by Xian Lim and KC Concepcion, together with 2014 Bb. Pilipinas first runner up Laura Lehman as anchorperson.

ABS-CBN will have a delayed telecast on the “Sunday’s Best” bloc after “Gandang Gabi Vice.”