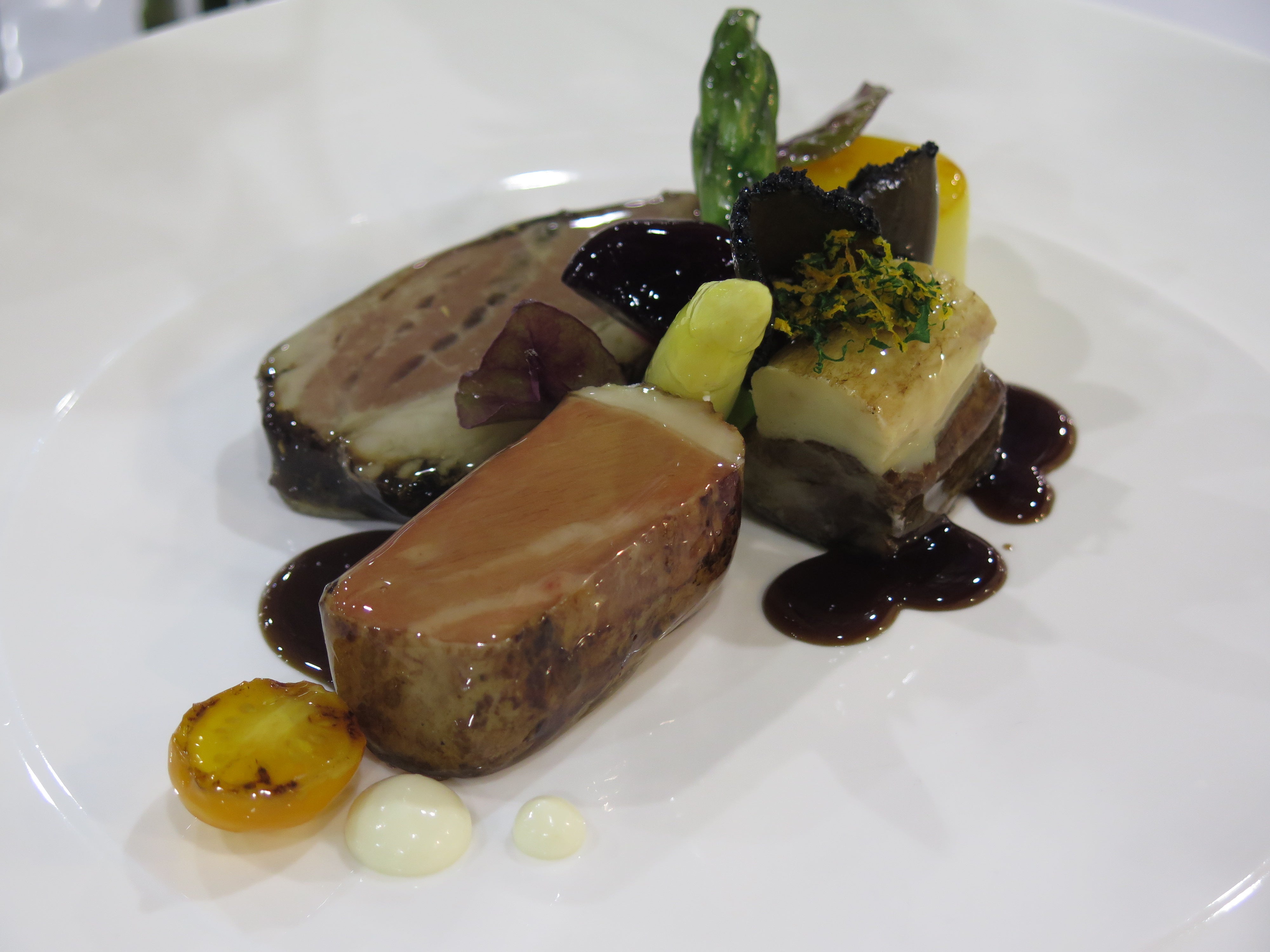 The last time the country won the top award was in 2007.

This year, the 24-strong contingent was composed of veteran and junior chefs from Les Toques Blanches Philippines Chefs Association and the Pastry Alliance of the Philippines. They competed against teams from Singapore, Taiwan, Korea, Hong Kong and Malaysia.

Team manager James Antolin said they had all but given up hope despite receiving medals in all 17 individual categories they participated in.

“We bagged four golds, seven silvers and six bronzes, but based on our calculations, we needed five golds to be considered in the running for best team,” Antolin said.

Preparations for FHA 2016 started last October after Antolin and pastry team leader Buddy Trinidad approached the winners of the annual Philippine Culinary Cup held in August and asked if they wanted to join the Philippine team. Once the group was formed, student members were expected to train repeatedly until they knew each step of their specific dish or category by heart.

“We raise funds for them so they can train, fly to the venue and join the competition,” Antolin said. “Worrying about raising money should be the last thing on their minds.”

The months leading to the competition are long and stressful, but Antolin and Trinidad agree it is something that true chefs welcome and miss once it’s all over.

Participating in these culinary challenges makes young and veteran chefs realize how far they have come or how far they still need to go.

Trinidad said he was already playing Candy Crush on his phone when the judges announced that the Philippine culinary team had won the top prize. “The others were just waiting for the bus that would take us back to our serviced apartment. It was totally unexpected,” he recalled.

A celebratory dinner and thanksgiving was held April 12 for the team and sponsors at Milky Way in Makati.

“There was no cash prize given at FHA 2016, but we now have bragging rights,” Antolin said. “It’s an important victory, although it’s a regional competition, we were actually competing against ourselves.”

There are no plans yet to participate in Hong Kong’s HOFEX in 2017, but Antolin, Trinidad and the other veteran chefs hope to find and field more young and competent chefs in competitions.