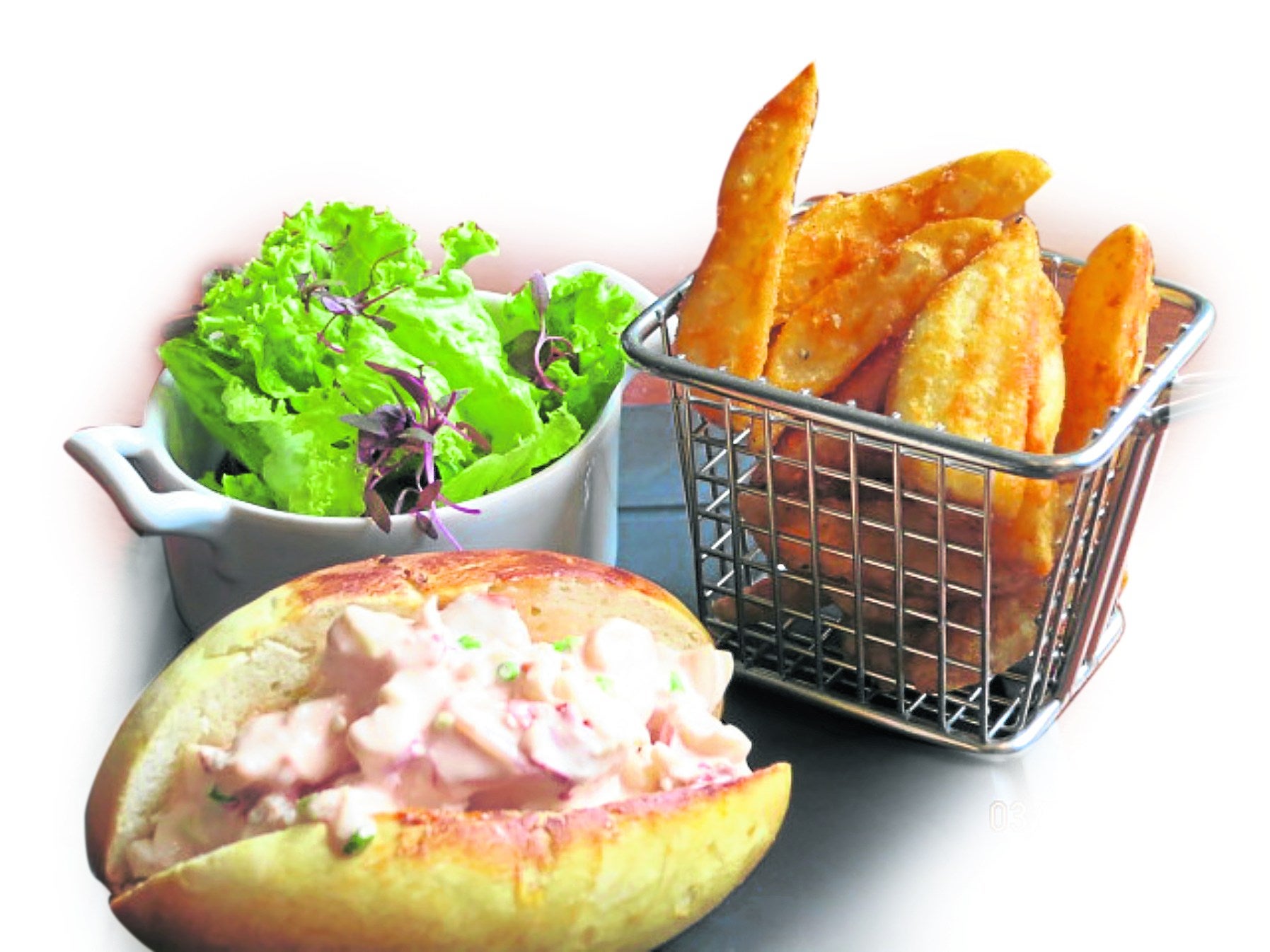 From the healthy to the sinful, from the simple to the extravagant, chef Eric Weidmann has them all covered in the new menu he designed for Sage Bespoke Grill at Makati Shangri-La Hotel. And just to make things more complex, sometimes both the healthy and the sinful would converge in an irrepressible dish that’s part guilt, part righteousness.

The iceberg lettuce, for instance, which he presented to the media last week, may rightly be considered wholesome. Every time I took a bite of the crunchy leaves, I’d tell myself it was healthy eating. Except that the lettuce was festooned with sour cream, bacon, blue cheese and candied nuts, which made every bite delectable, but had me wondering if I wasn’t just deceiving myself.

It wasn’t the only dish to give me an existential dilemma.

Imagine beef bone marrow served three ways: topped with bread crumbs, drizzled with green peppercorn sauce, and au naturel, i.e. in all its bare, fatty glory. With visions of cholesterol dancing in my head, I considered skipping this course. But then, there was a bunch of lettuce and arugula leaves to counter the globules of fat.

That was enough justification for my companions and me to dig in and spread copious amounts of bone marrow flesh on the perfectly toasted bread.

In contrast, the ceviche of seafood was less guilt-inducing. The raw seafood was simply steeped in a citrus acidity, seasoned with salt, and sprinkled with capers, pine nuts and sun-dried tomatoes.

The same can be said of the waffle that looked like a flower in bloom, with its topping of smoked salmon, boiled eggs and bubbles of salmon roe.

Perhaps my favorite was the lobster roll. After all, how many restaurants in Manila serve this New England favorite? At Sage, generous chunks of Boston lobster were folded into a dressing of mayonnaise, spring onions and celery, and tucked into a toasted bun.

As simple as it was, every bite of it was pure bliss, which made the accompanying wedges of fried potatoes seem almost beside the point.

And speaking of potatoes, one of the side dishes we had was twice-baked potato, which again, while seeming to be innocuous, was spiked with bacon and spring onions. The macaroni and cheese, a delight for both children and grownups, was very creamy, with the cheese having dominion over the macaroni.

In contrast was the simplicity of the pan-roasted vegetables, a bowl of brightly colored cauliflower, asparagus, carrots and broccoli.

When it came to the meat courses, it was all about hefty flavors. The short ribs of pork were falling-off-the-bone tender and were slathered with a thick, spicy-sweet barbecue sauce. A side dish of coleslaw salad balanced the dense, meaty flavor.

On the other hand, the chateaubriand was a sizable roll of Australian Wagyu beef tenderloin, cooked medium rare on the inside and perfectly grilled—roasted on a Josper grill to a mouthwatering reddish brown color on the outside.

In fact, Sage’s menu leans heavily on meat. Aside from chateaubriand, the menu offers dry-aged bone-in striploin, certified Angus beef prime rib eye, and Colorado rack of lamb. The new menu has also retained the tomahawk steak, a colossal beef rib eye attached to the bone and carved (sometimes tableside) to reveal juicy, tender slices of meat. One order can feed three to four people of substantial appetites (as my friends and I realized during one visit several months ago).

As for desserts, the selection at Sage is unashamedly decadent. The apple tarte tatin, a homespun French rendition of the American apple pie, was crowned with a generous scoop of vanilla ice cream.

And then there was the chocolate sphere, a ball of chocolate couverture encasing vanilla ice cream, with a base of whipped chocolate ganache, served with a gold leaf and dainty drops of poached pear. Warm chocolate sauce was poured on the sphere, making what was already extravagant even more indulgent.

I guess if the new menu were a person, it would be the passive-aggressive type, kind and gentle one minute (salad greens, macaroni and cheese), then bold and daring the next (bone marrow, tomahawk steak).

But it also has moments of serenity (ceviche, lobster rolls) as well as moments of complete abandon (chocolate sphere). In the midst of such a bacchanalian feast, brush aside any existential question that may arise and just enjoy, enjoy.