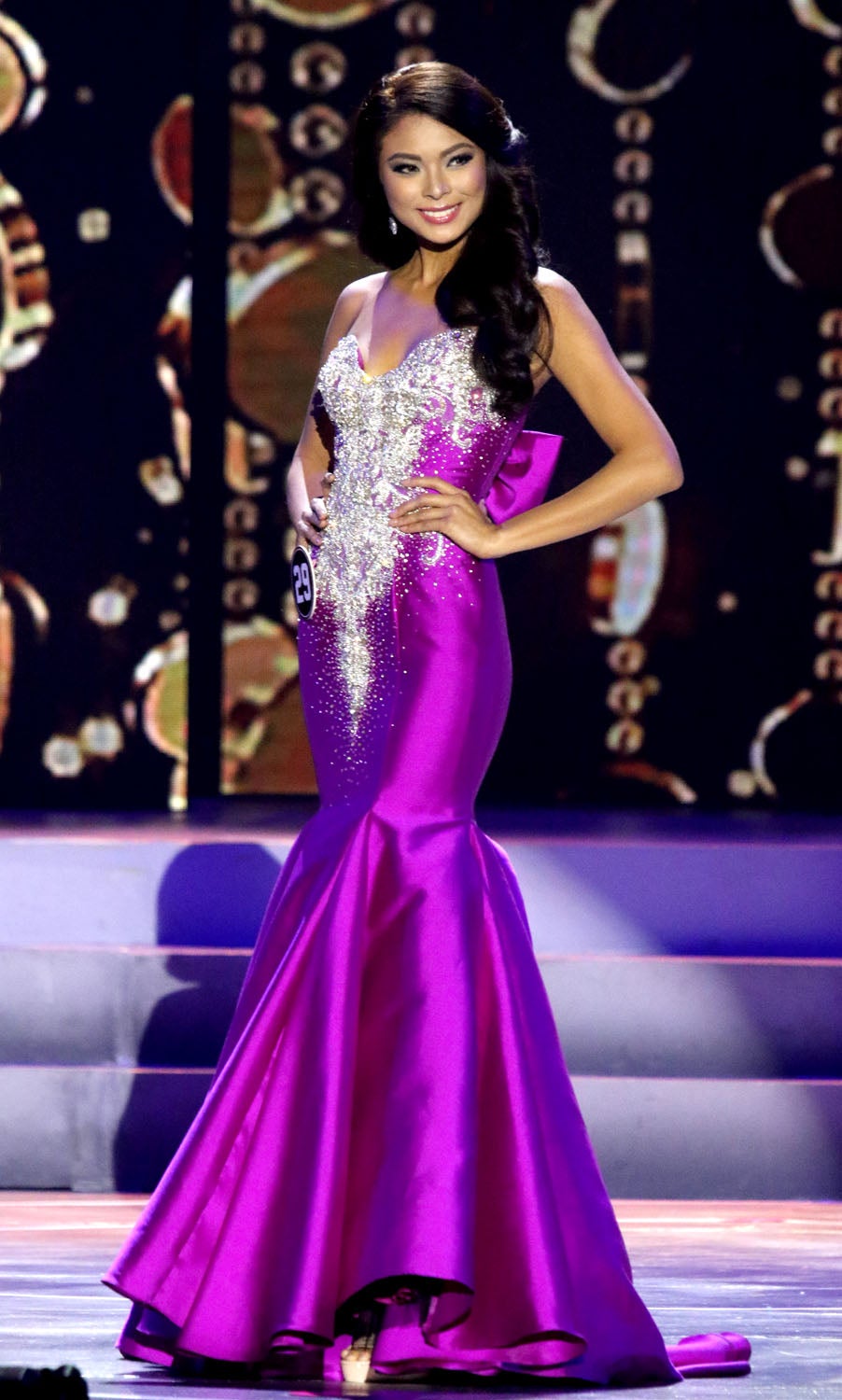 Taking a cue from what seems to be a trend set by Pia Wurtzbach in the 2015 Miss Universe—wearing Filipino-designed gowns, that is—the Bb. Pilipinas 2016 pageant Sunday night became somewhat of an audition for Filipino fashion designers, as the Philippines guns for a back-to-back win in the global beauty tilt.

Diehard pageant fans have long decried the practice of making Bb. Pilipinas beauties wear costumes and gowns by foreign designers, and it took a win on the Miss Universe stage last year as proof that, indeed, a Binibini can win an international title wearing Filipino design. Thus, Sunday’s parade of locally designed frocks at the Binibini coronation night.

Maxine Medina, a PMAP (Professional Models Association of the Philippines) member, took home the night’s most coveted crown, Miss Universe Philippines, in a fuchsia strapless number by Rhett Eala. The designer also made her pink hand-painted terno for the national costume competition.

Kylie Verzosa walked away with the Bb. Pilipinas International title in a Francis Libiran dress with a deep V-neck beaded top and ombré chiffon skirt. Earlier, she wore a gold pintados-inspired number by Rajo Laurel for the national costume segment.

Albert Andrada, whose blue serpentine gown Wurtzbach wore when she won in Las Vegas, dressed all outgoing Binibini queens, including Miss Universe herself.

However, whether the Binibini organizers and Medina ultimately decide to stick with Eala for the Miss Universe contest remains to be seen. Abangan.