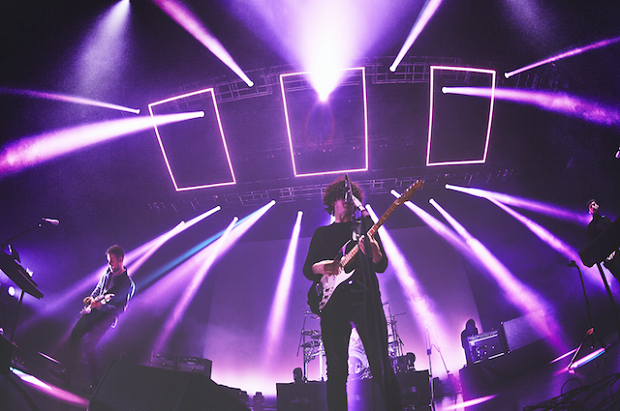 The 1975, which visited the country last year on a promo tour, has a new album, “I Like It When You Sleep For You Are So Beautiful Yet So Unaware Of It,” that went to No. 1 on Billboard’s Top 200 chart with the hit singles “Love Me,” “Ugh!,” “The Sound,” and “Somebody Else.”

READ: Why The 1975 is anything but a pop cliché
Third Eye Blind, also a returning visitor to the Philippines, gained fame in the late 1990s—its self-titled debut album selling 6 million copies in the United States.  The single “Semi-Charmed Life” peaked at No. 4 on the Billboard Hot 100 and earned the group a Billboard Music Award for modern rock track of the year.

After its first visit to the country in 2008, Grammy-nominated Panic! At The Disco is returning with a new album, “Death of a Bachelor,” which the band’s sole remaining founding member Brendon Urie describes as “a mix between Sinatra and Queen” and featuring  collaborations with the likes of Weezer’s Rivers Cuomo, Semisonic’s Dan Wilson, and songwriter/record producer Sam Hollander.

Among the newcomers is British singer-songwriter James Bay, a 2016 Grammy best new artist nominee whose 2015 debut album, “Chaos and the Calm,” went to No. 1 in the United Kingdom. It featured the singles “Let It Go” and “Hold Back the River.” James also nabbed Grammy nominations for best rock album and best rock song (“Hold Back the River”).

She is the daughter of comedian Rob Schneider and former model London King.

The band got its name from the mall in their favorite film “Back to the Future.” Its single “Young Heart” is scheduled for release this May. CDG

MOA Arena booked for Coldplay, U2

Are you ready for Selena Gomez?