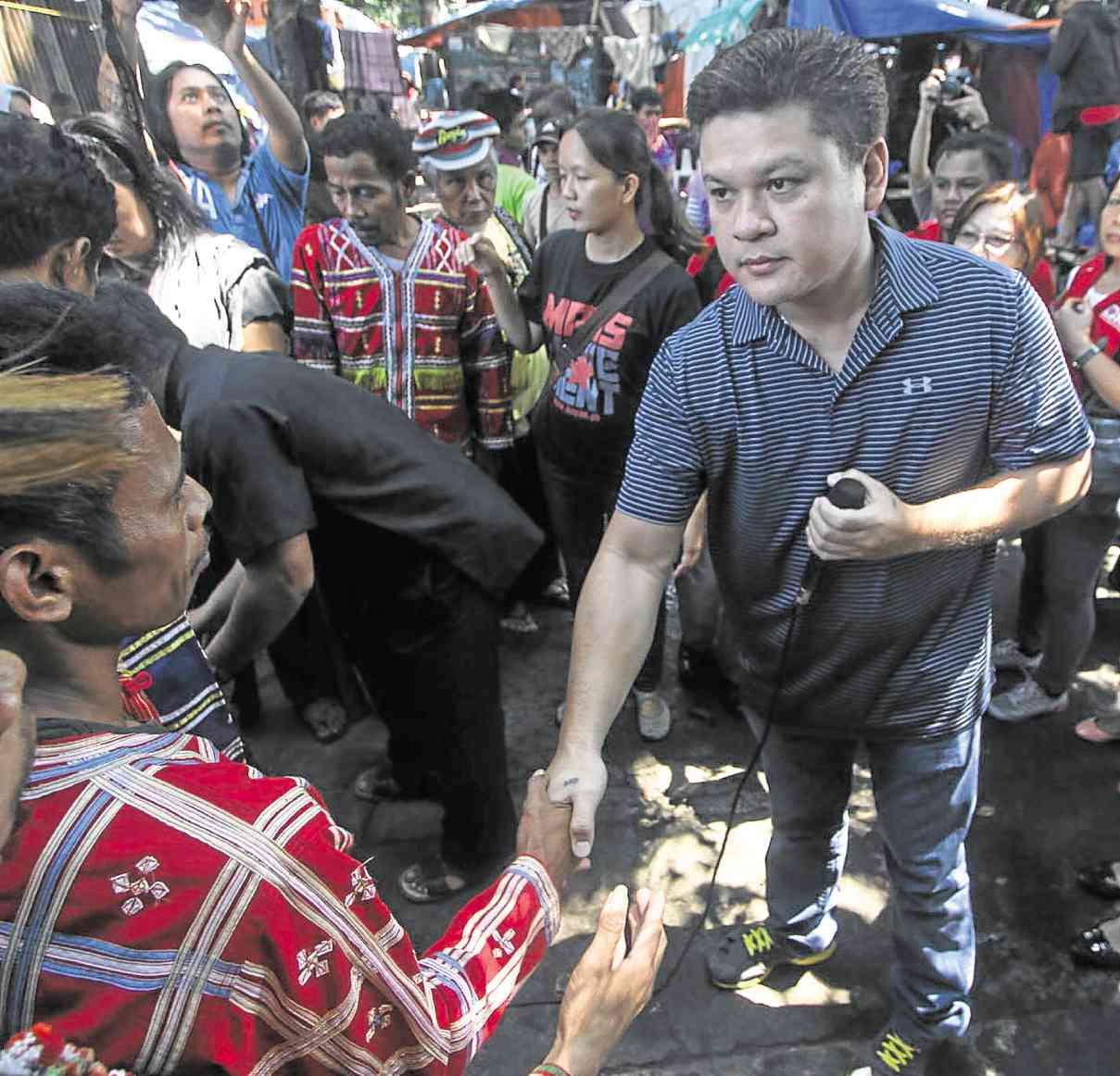 Sara, Baste—but not Paolo—hit the road for their dad Digong

A PRESIDENTIAL campaign means “all hands on deck” for the candidate’s family, but that doesn’t mean they all have to row.

Sources close to the Duterte campaign said that after a family meeting, it was agreed that family members would no longer be giving press statements, and that only the campaign spokesperson, Pete Laviña, would give interviews.

Some speculate that this could be due to the candidate’s son, Davao Vice Mayor Paolo Duterte, who recently endorsed vice presidential hopeful Sen. Francis “Chiz” Escudero instead of his father’s running mate, Sen. Alan Peter Cayetano.

“Although he is my son, I cannot control him or his politics,” candidate Duterte was later quoted as saying. “He is free to choose his own candidate. It is his own politics. He is not under my keep.”

Paolo, who has acquired a reputation as something of a loose cannon in the Duterte camp, has been at odds with his father.

In 2015 he resigned from Hugpong sa Tawong Lungsod, his father’s political party, following a very public disagreement with his father over whether or not comedian Ramon Bautista should be declared persona non grata in Davao after the latter compared the local women to “shrimps.”

He has also been dogged by persistent rumors of drug use and criminal ties, prompting his father at one point to say that he should be killed if he is involved in crime. None of the allegations have been proven.

Meanwhile, Duterte’s daughter Sara, who is running unopposed for Davao City mayor, has gone on the road with her mother, the candidate’s ex-wife Elizabeth Zimmerman, for “Byaheng DU30,” a month-long sortie through Mindanao by bus.

This is as Zimmerman undergoes radiation treatments for breast cancer, and as Sara herself faces fertility treatments.

As the campaign shifts to high gear, even the candidate’s youngest son Sebastian (Baste), “the quiet Duterte,” has broken his silence to join the campaign.  The tattooed and pierced 28-year-old businessman has begun to take the microphone at rallies, coached by his father’s campaign team.

As the family’s only non-politician, Baste’s words might carry special weight. Having dropped out of law school to become a surfer, and also dabbling in music, he might even get a few hipsters to give his father a second look.