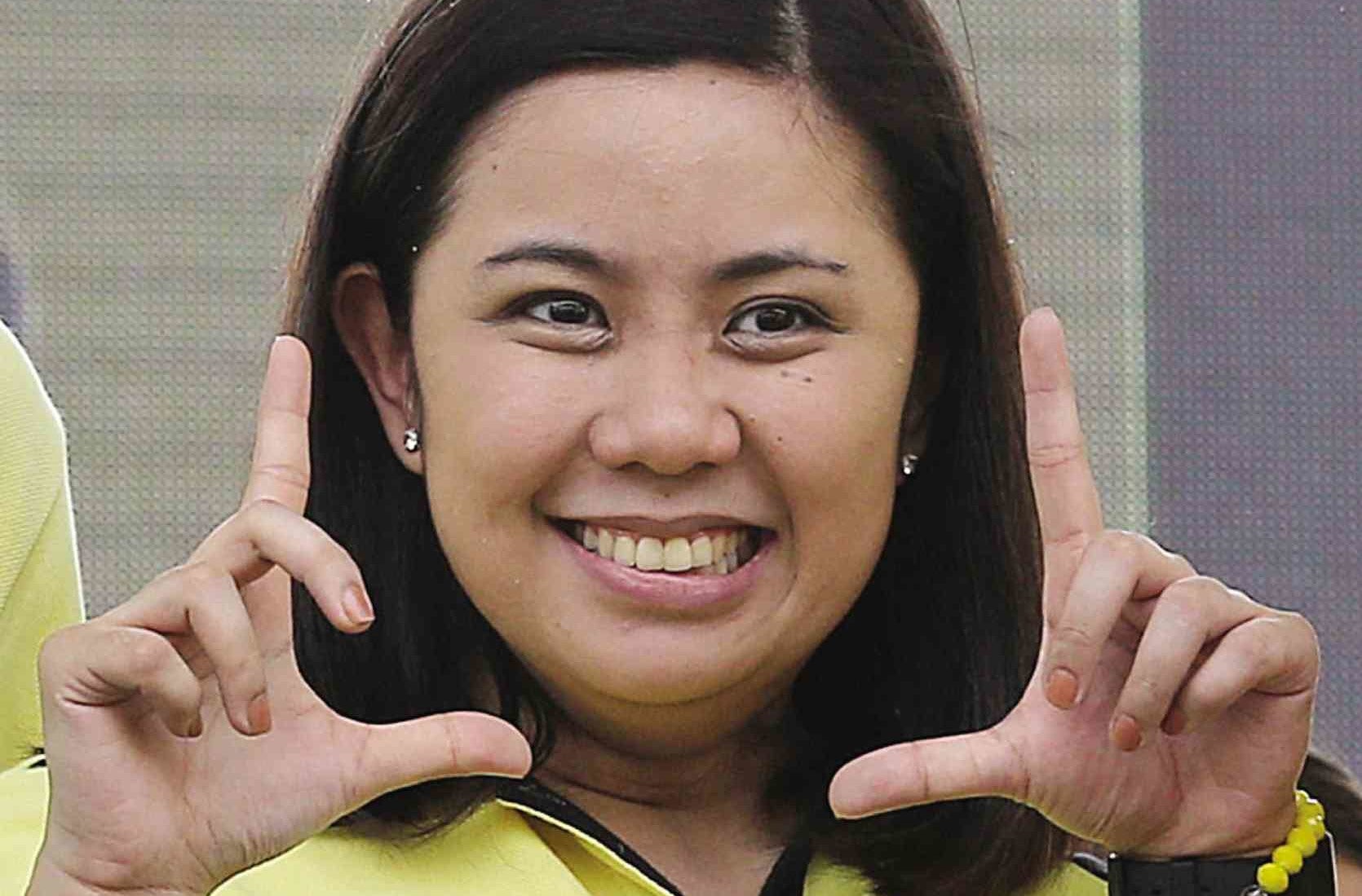 THE THREE daughters of Camarines Sur Rep. Leni Robredo cried when Leni told them she was considering accepting the Liberal Party’s (LP) offer to run for vice president.

It was an emotional time for them back in Naga. But when Leni had decided to accept the VP offer, her daughters—Aika, Tricia and Jillian—were all behind her.

The three Robredo sisters participate in Leni’s campaign, but because the two younger siblings are still in school (Tricia in medicine school and Jillian in high school) from Monday to Friday, it is eldest daughter Aika who does the heavy lifting. That was the plan all along, Aika said, should Leni seek a national post.

“I’m full-time,” Aika pointed out, explaining that she quit her job as head executive assistant at the Office of Civil Defense last November to throw herself fully into the campaign. The idea is to cover as much ground as possible, so Aika goes to one place while her mother goes to another.

This is how Aika wound up traveling to many places to stand in for her mother next to LP  presidential candidate Mar Roxas.

It’s a grind, with Aika in Cagayan de Oro on a Wednesday and Isabela on a Thursday with a flight to and from Manila in between.

“I haven’t really been able to process it,” Aika said of the busy schedule. The biggest challenge for her mother is that a lot of people really don’t know her outside of Bicol, Aika explained. But now, more people know who she is because Leni has worked hard to visit as many places as she can, Aika said of the boost her mom has received in the pre-election polling.

Aika’s determination to do all she can for her mother’s campaign undoubtedly played a part in that, as well.

An extraordinary aspect of the campaign has been Leni’s decision not to ride on the dramatic narrative of her husband’s—Interior  Secretary Jesse Robredo—death in 2012. “She’s showing people that she is her own person,” Aika said.

The result of the parallel campaigning is that the family is seldom together.

The televised TV debate at the University of Santo Tomas was a rare occasion when the four Robredos were together.

“We really wanted to watch that,” Aika said.

As May 9 approaches, there are things that Aika is looking forward to. “More sleep,” she said jokingly.

But what she is really getting excited about is for everyone—her sisters and her mom—to be able to get a lot of time together like they did before, in their home base of Naga—or wherever they’re supposed to go to next.