If you can’t take the heat, go to Baguio | Inquirer Lifestyle ❮ ❯ 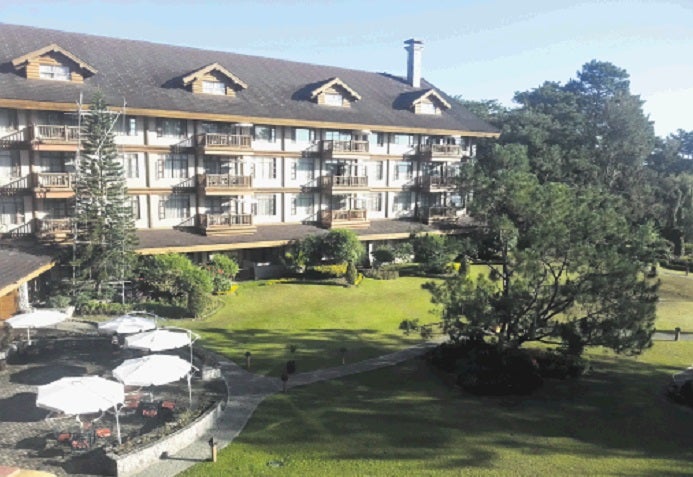 THE MANOR at Camp John Hay

If you can’t take the heat, go to Baguio

While everyone stews in the summer heat, Baguio beckons.

Travel time to the country’s summer capital is now just three and a half hours, thanks to the NLEX-SCTEX-TPLEX route. Which means the idea of a weekend staycation in the mountains is not farfetched.

We recently went to Baguio’s famed Panagbenga, the annual February flower festival conceived in 1995 by lawyer Damaso Bangoet Jr.—who was then managing director of Camp John Hay—as a tribute to the abundant flora in the city and to boost tourism after the devastation of the 1990 earthquake.

This year’s Panagbenga (a Kankanaey term meaning “season of blooming”) has lost none of its freshness and lively atmosphere. And it seemed this was the most orderly local festival we have attended.

The crowds were disciplined enough not to spill beyond the roadsides. Police and medical personnel were stationed on every street corner, and traffic was managed well by volunteers and members of the local government.

Hats off to Baguio Mayor Mauricio Domogan for consistently mounting a successful Panagbenga.

The event itself was a joy to behold. The Grand Float Parade was a fine example of Filipino creativity. The streets were filled with sounds from various school marching bands and from the competing lyre bands.

Filipinos are still fortunate to have Baguio as a mountain resort. Personally, the place conjures many happy memories—my mother touring me around Camp John Hay, my first horseback ride, and seeing the creepy fog floating at night.

Aside from the promise of an adventure, going up to Baguio also meant looking forward to buying strawberry jam and ubeng halaya at Good Shepherd, exploring the Baguio Public Market where my dad would buy authentic, dried tobacco leaves.

I would then watch my dad smoke his big, unwieldy cigars.

It’s still a long way before the rainy season, and if you find yourself in Baguio one of these days, try booking a room at The Manor at Camp John Hay. The hotel’s cozy interiors complement the cool Baguio weather.

Standard room amenities include cable TV, refrigerator, coffee and tea machines, WiFi access, although the most welcome sight is the bed that guarantees a restful sleep while snuggling under the sheets to fend off the cold.

When staying at The Manor, one must never miss a chance to dine at its restaurant, Le Chef, run by the legendary Billy King.

It offers a wide range of local and international dishes and fine wines. A must-try is the micro greens salad that King prepares.

Fresh seafood from nearby Dagupan are regular features on Le Chef’s menu.

Fruits, herbs and vegetables harvested from the hotel’s own gardens are used generously in the dishes.

Have dinner at The Twist at The Forest Lodge, a trendy café that serves light and healthy a la carte options featuring Asian culinary delights also from King’s creative mind.