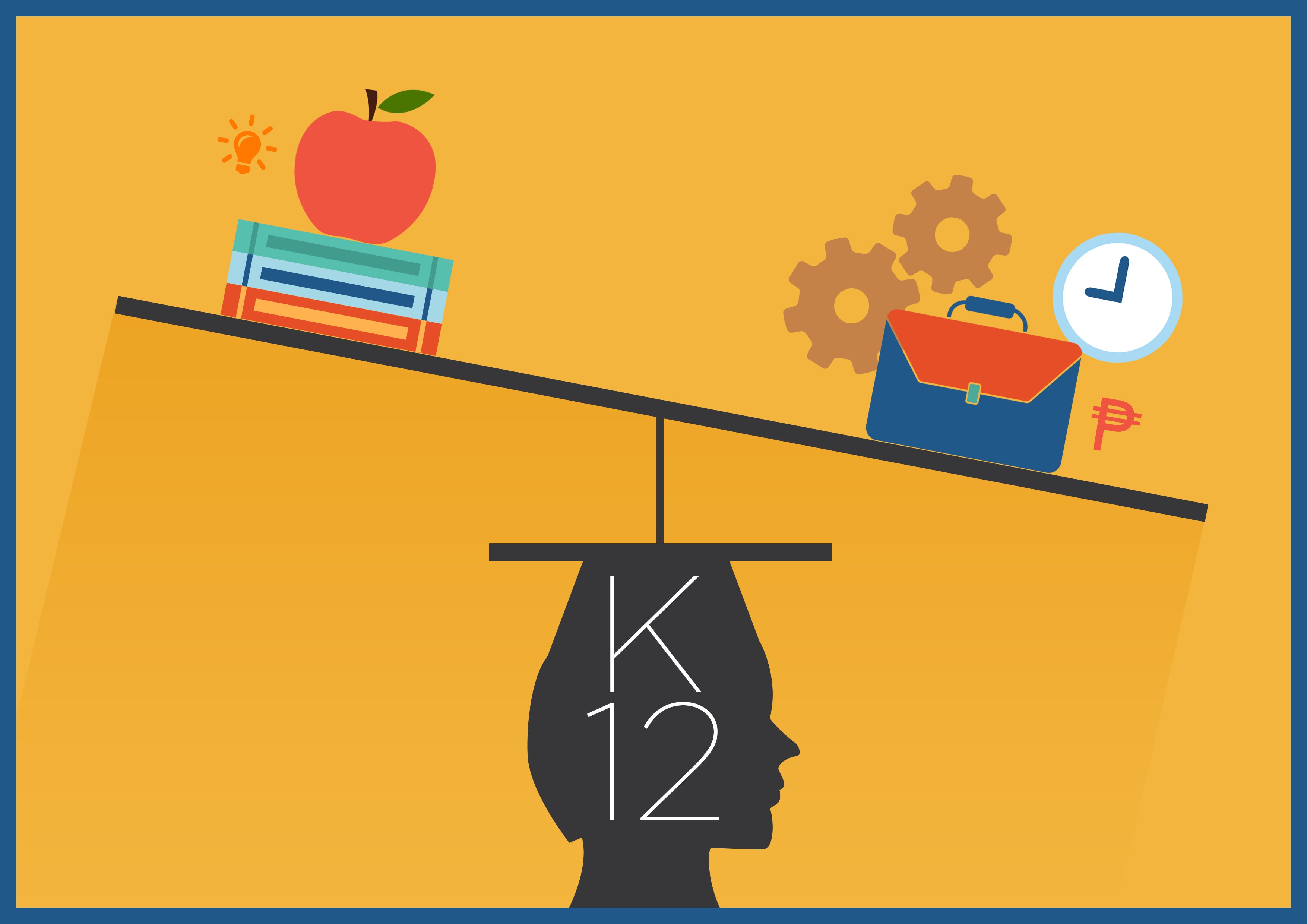 Why the K-12 program will benefit the Filipino youth

CONCERNS on the purpose of K-12 (kindergarten to Grade 12) education have not stopped even if the program had been introduced and implemented since school year
2012-2013.

But I think the questions, and their answers, have failed to address the real issue. The points raised—which ranged from the expense involved, to whether or not it’s a waste of time, to how practical or competitive K-12 is—missed the whole point of the matter. Essentially, people asked the wrong questions.

Let me put this in context. First, let’s remember that the primary purpose of education is to gain knowledge, and is only secondarily a ticket to finding a job.

Its essence lies not in its pragmatic value of having opportunities for, say, career advancement, but in gaining a better understanding of the world. The ultimate goal is to gain wisdom, in which reason prevails over irrationality. When people think rationally, behave civilly, and judge morally, then education has achieved its purpose.

Not a means, but an end

This is why, in the Western curriculum, there is a body of knowledge that is preserved. American philosopher John Searle said that Western education has a long tradition of finding knowledge for knowledge’s sake. What he means is that the real aim of education is, first, to give students access to great ideas; and second, because of the first reason, education is designed to enable and encourage students to discriminate between what is good and what is bad, what is intelligent and what is stupid, and what is true and what is false. In other words, education is not a means, but an end in itself.

Second, Philippine society is consumerist, and this tilts the balance of the true idealism of education. It is defined mostly by what one has, with a widening chasm between the social classes. To a nation saddled with poverty, education for many is a means to finding a job.

This is in contrast to the essence of learning: that one pursues knowledge for the sake of knowledge, not for any other extraneous purpose.

This was the context of the K-12 arguments. Questions on the benefits and drawbacks of adding two more years to secondary education are crucial to a society where most members struggle to live. When the stomach is empty, one tends to get disoriented.

Let me qualify why K-12, the now mandatory kindergarten plus two years of senior high school in the Philippine curriculum, is defensible. As a professor of philosophy in a hugely multicultural environment in Dubai, where 98 percent of the student body comes from different countries, I am able to offer insights on the necessity of the program.

Though a GED certificate is considered equivalent to a high school document, it is, in reality, inferior to the traditional high school diploma in the job market evaluation.

Second, our admissions officer considers the 10-year period crammed. The 12-year curriculum laid out in 10 is hurried, resulting in students whose educational foundation is half-baked, whose mastery of the rudiments of languages, mathematics and the sciences are wanting, and whose competitive advantages suffer in the international arena.

Growth, applicable to everyone else, requires patience, and patience requires time, thus the K-12 curriculum assures fruits at the end of this longer cycle.

Third, in the same international arena, graduates of K-12 are already eligible to join the work force, courtesy of the electives offered in the senior years. These electives of Grades 11 and 12 are areas of specialization ranging from technical-vocational courses to sports and the arts. This is where the government is right in asking the people to not to think of it as adding two years to the existing curriculum, but as two years less due to employability.

The effects locally, though, remain to be seen after a few years.

When thought value is replaced by labor value, then education has failed. Be that as it may, the practicality of a program needs to be evaluated, and my exposure to international educational standards allows me to gauge its merits.