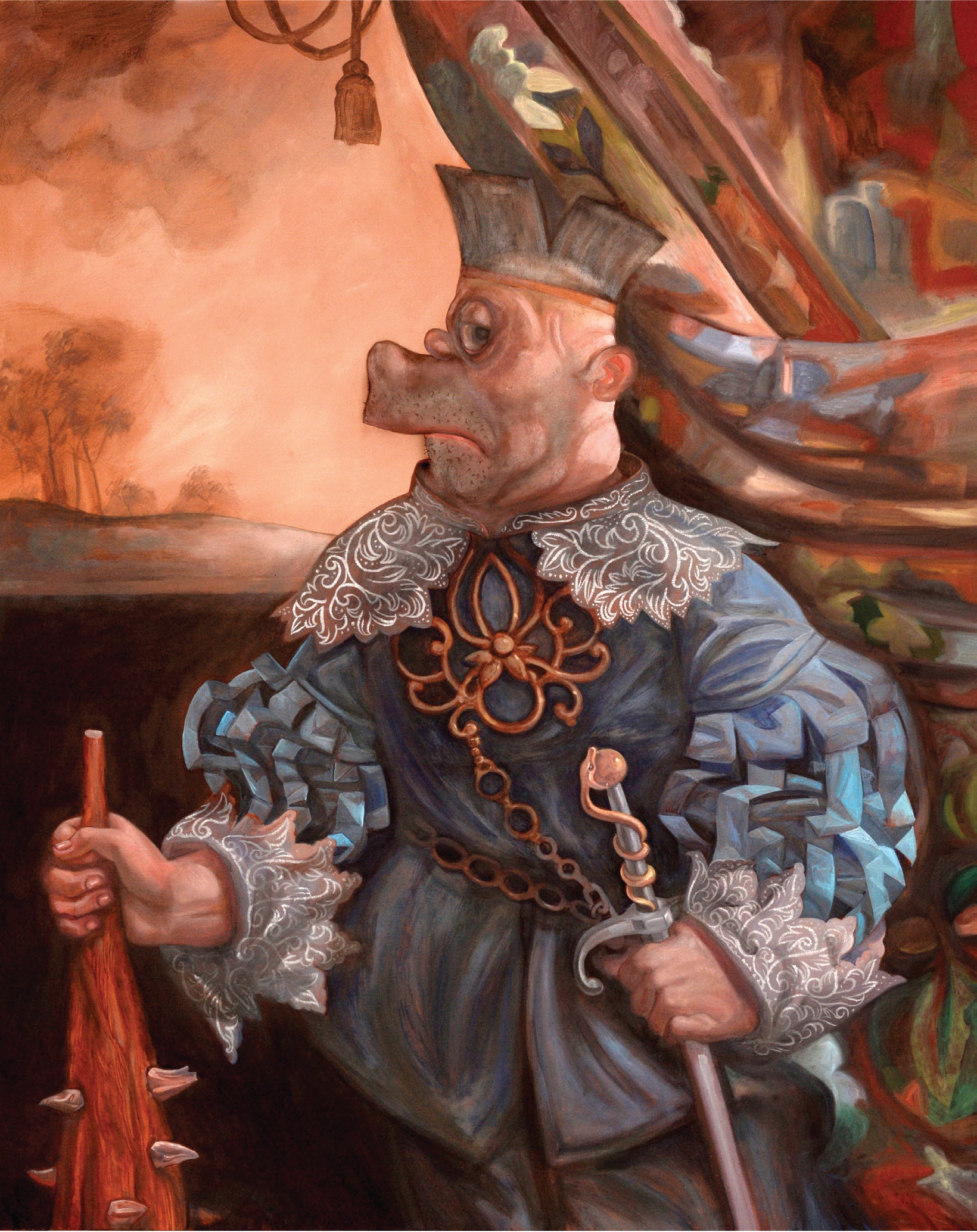 We think oysters because Baroque originally described imperfect pearls, barruecco in Spanish, and, for most of us old enough, our Philippines, our Pearl of the Orient, has its world-class share of, as it were, idiosyncrasies.

Further, Miel’s 1970s-rooted, misspelled pun, Barokue, conflates both the Eurocultural epoch of exaggerated motion, mannered theater and overabundant if not stifling ornamentation, and our endearing Pinoy Neanderthal comic hero, Barok, crude polar opposite to the gilded, monarchic bubble of privilege which somehow sounds like his name.

It must be noted, though, not cartoonist/creator Bert Sarile’s fault, that in Dutch, Baroque is actually spelled Barok.

A pearl is an auto-defensive marine marvel born of irritation. One might hazard that a fair amount of the Philippine narrative is littered with irritants.

Miel’s “Barokue” deftly aggregates some luminous snippets from this itchy continuum and confronts us with some of its misshapen gems; the structural vulgarity of a greedy elite; the hybrid mutations that came, went and sometimes stayed in conquest of our oyster-rich archipelago; the warped denizens and perverse saviors that abound in these exploited, castaway half-shells.

DengCoy Miel has lived away from Manila for a long enough time, being paid in Singapore what his protean talent deserves. He is our country’s only double Reuben awardee, 2002 and 2013, which is the grand global prize for great cartooning. (You are at this point allowed to Google this.)

But, he has never lost sight of what it is to be here, and this collection of sumptuous paintings bolsters my presumptuous claim.

Besides, if it were not for our Pinoy universe of dodgy syllogism, which is yet another aspect of Baroque, where would we find barruecco like these?