Rica Peralejo: My family is my priority | Inquirer Lifestyle 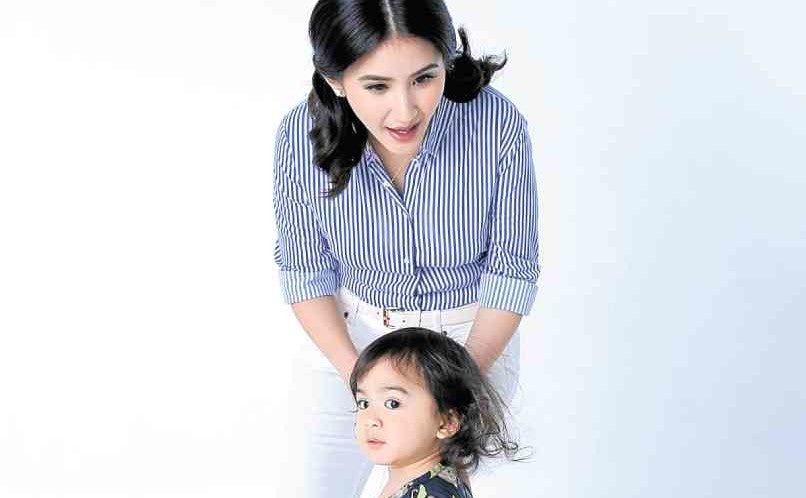 Rica Peralejo: My family is my priority

THE DECISION to focus on her family was an easy one for actress and TV host Rica Peralejo. Shortly after finding out she was pregnant three years ago, she decided to take on less work, particularly on long-running teleserye.

“Drama is very taxing,” she told lifestyle reporters recently. Her last acting gig before becoming a full-time mom to Philip Nathaniel and wife to Pastor Joseph “Joe” Bonifacio was in a Mother’s Day special on ABS-CBN’s “Maalaala Mo Kaya” (MMK) in 2014.

She admits to missing the craft—singing, acting, hosting—which is understandable, as she has been doing it since she was 12.

Peralejo started out as a child star on ABS-CBN’s youth-oriented variety show “Ang TV” before moving to GMA 7 as part of the teen show “TGIS.”

A year later, she returned to ABS-CBN to join the cast of “Gimik,” another teen show. This led to more TV work and movie roles—which she has now temporarily put on hold to devote her attention to her 2-year-old son.

At the photo shoot for GSK’s Ambrolex (Ambroxol), a cough remedy that comes in syrup and tablet form, Peralejo admitted to giving the blackcurrant-flavored syrup to Philip whenever he has a cough.

“Even before GSK approached me to be one of their ‘Expert Moms,’ I was already a customer,” she said.

When allergy strikes, she uses Virlix (Cetirizine), the antihistamine trusted for 20 years.

Despite her new focus in life, fans haven’t seen the last of her yet, as she is active on social media. To date, she maintains a blog, occasionally uploads webisodes (web episodes) with her sister Paula, and has over 400,000 followers on Instagram.

“I think being an Expert Mom is all about ensuring that the whole family is happy, healthy and free from disease,” Peralejo said. “I’m very happy to be part of the campaign because I think it’s exciting to meet other moms who are keen on keeping themselves healthy in order to take care of their families.”