Beth Romualdez: Thanks to kids and even in-laws, ‘I never felt alone’ | Inquirer Lifestyle ❮ ❯ 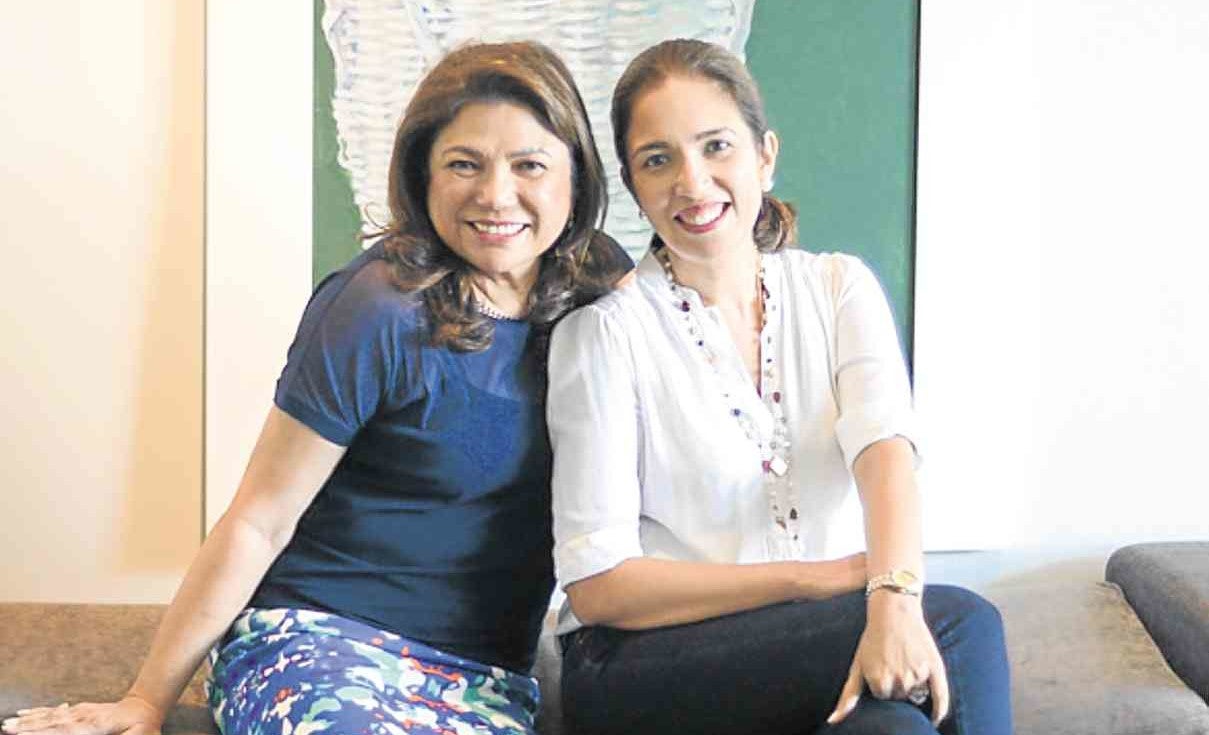 Beth Romualdez: Thanks to kids and even in-laws, ‘I never felt alone’

BETH Romualdez’s son Benjie gave himself a buzz cut in front of his mother on the day she was set to shave her head. At that time, she was undergoing chemotherapy following a diagnosis of Stage 1 breast cancer.

“I was proud he did it,” Romualdez recalled. “He said, ‘I’m also gonna take out my hair.’ It gave me a feeling that he was with me, supporting me every step of the way. He did it in front of a video camera.”

Romualdez, well-regarded in culinary circles for her cookbooks, was only on vacation in the US in October 1999 when a doctor-friend asked her to come along for a mammogram. The cost of a mammogram is significantly reduced during Breast Cancer Awareness Month.

“I had no idea. No symptoms, nothing, no mass. I was diagnosed with Stage 1,” she said.

The margins of her test were later sent to another medical facility in Washington DC. She said “bigger” cancer cells were discovered.

“What if something is still lurking and I don’t know?” she asked herself. Romualdez decided to have a mastectomy.

After three weeks, the chemotherapy sessions began. Romualdez said she would not wish the side effects on her worst enemy.

“You know you are strong but every time I underwent chemotherapy, it was like I was chewing on metal. I couldn’t eat, I was catatonic. I felt dead inside.  I felt my whole body was so wasted,” she explained.

Seeing her hair fall and stick to her body during showers was the most disturbing thing, so Romualdez asked her son to join her for a visit to the salon.

“He was actually the one who buzzed my hair. He did that to himself para dalawa kami,” she said.

He was in Manila running a start-up IT company when Romualdez had her mammogram.

Daughter Via Romualdez-Reyes was just a new mother then when she got an overseas call. Her mother hemmed and hawed, talking about her shopping spree before breaking the news about her disease.

“That hit pretty hard. I had to tell everybody,” Reyes said.

She added that among the four siblings, younger brother Benjie appeared the most suited for the job of taking care of mom. Third child Justin was attending college in Cebu, while youngest Cathy was still in high school.

“The four of us decided Benjie was the most logical choice.  Somebody had to take care of everything, make sure to dress mom’s wounds. Benjie said he could do it. He was the least emotional, he could keep it together, unlike me,” Reyes said.

Reyes, as the big ate, “held things together” and was the boss on finances. Justin was the one who reported developments to the rest of the clan. “Cathy was just a baby then,” Reyes noted.

The first Christmas was obviously hard on everyone.

“It was a good thing they did not see me,” Romualdez said. “I was staring at the walls, at people. I could not even be happy about the Christmas tree. But at least I took care of myself. I knew it would not affect my children so much if they saw that I was okay. I used bandanas and hats. Before Benjie took pictures, I put on makeup.”

He also provided the blow-by-blow for the folks back in Manila.  “He would provide updates. Benjie was thorough in explaining the situation,” Reyes said.

Romualdez said that once the adverse effects of the chemotherapy session wore off, she would have food cravings that Benjie indulged.

“At first you cannot even look at food or smell the food. Then I would crave specific foods like real nice lamb chops au jus… I wanted a specific restaurant and Benjie would take me there,” she added.

Even if she was separated from her husband, her in-laws also rallied behind her.

Aunt-in-law Monserrrat del Gallego would visit her in the hospital and provide updates to her side of the family via fax. “Hindi pa uso ang Internet,” Reyes noted. Only later did Romualdez learn that her father-in-law kept all the reports in a folder.

“It’s a blessing to have a very supportive family. My husband and I are very good friends. I received a lot of emotional and financial support. I never really felt sick, I never felt alone. Everyone’s support was given freely and lovingly. I got a lot of loving from my kids,” she said.

Once given a clean bill of health, Romualdez set shop immediately and decided to help other women suffering from cancer.

Proceeds from her two cookbooks were donated to the Beth Romualdez Fund of the Philippine Cancer Society to finance free mammogram tests for indigent women.

“The thrust is early detection. The fund needs replenishing now. It pays P530 for every mammogram. Since 2004, we have helped hundreds already,” she said.

Patients found positive are sent to partner hospitals of the Philippine Cancer Society.