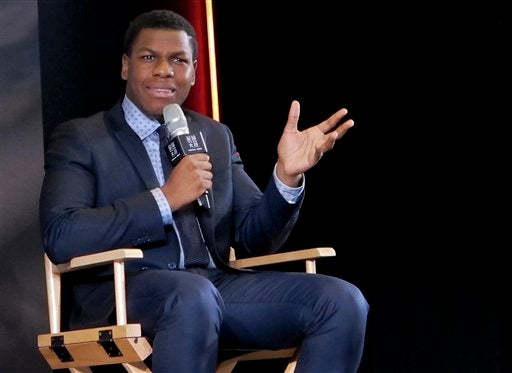 This is a Monday, Dec. 28, 2015 file photo of actor John Boyega speaks during a press conference of his latest movie "Star Wars: The Force Awakens" in Shanghai, China. AP

The theater says the 24-year-old actor will get his first West End starring role in “Woyzeck,” the story of a soldier who commits an act of brutal violence. The new version of Georg Buchner’s 19th-century drama is written by Jack Thorne, the playwright behind “Harry Potter and the Cursed Child.”

Boyega, who played Finn in “Star Wars: The Force Awakens,” is currently filming the eighth instalment in the sci-fi saga.