What we want from the next president–millennials | Lifestyle.INQ ❮ ❯ 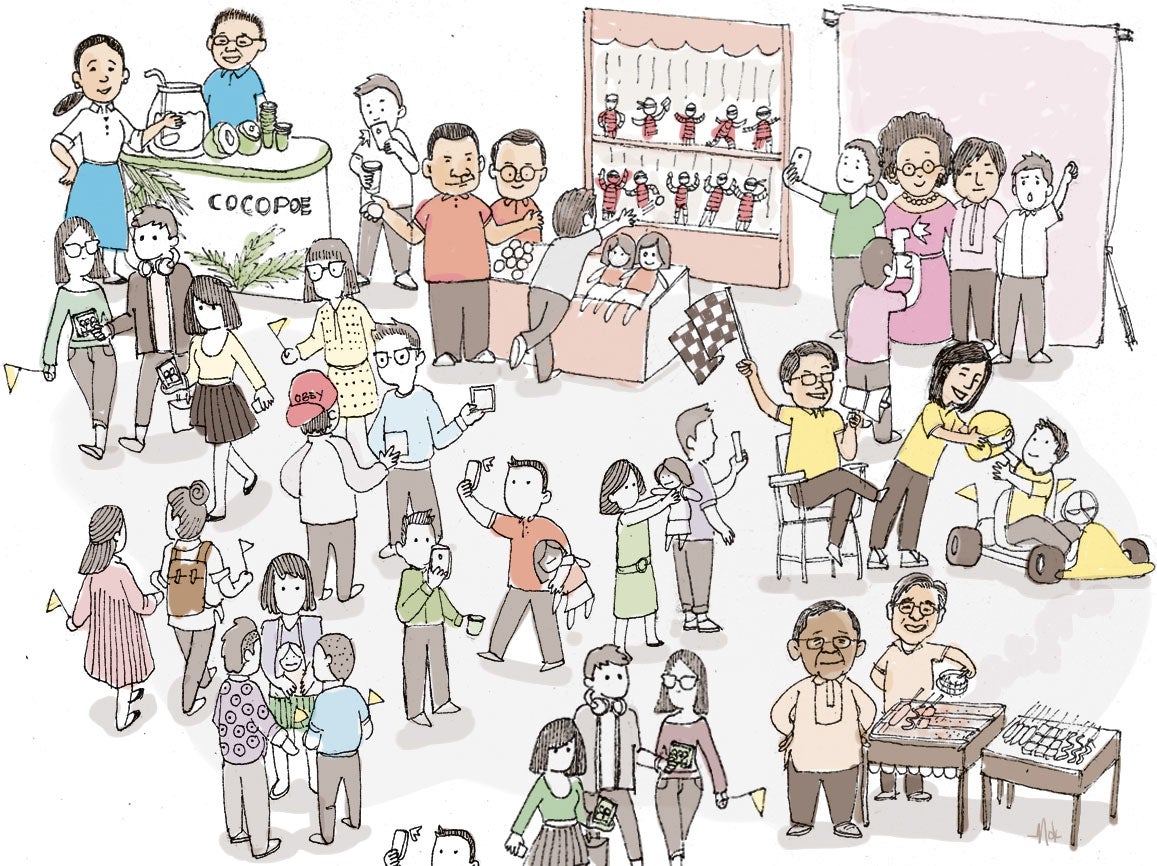 What we want from the next president–millennials 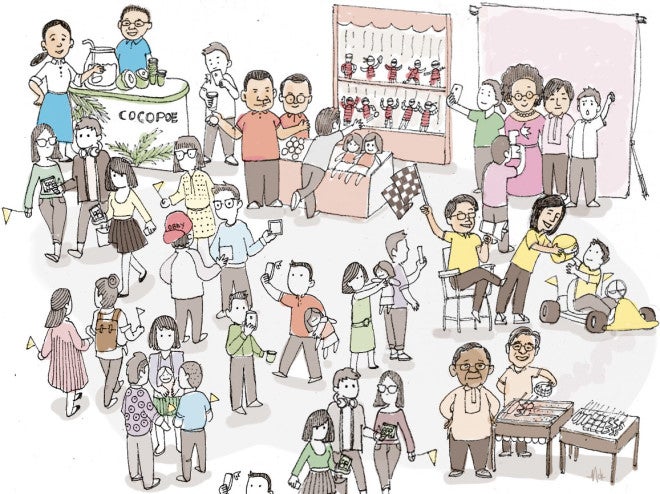 Many voters today are social media-savvy. They are online, fiddling with their phones from the time they wake up until they hit the sack. Most spend time creating a brand for themselves on social networking sites like Facebook and Instagram.

Studies show that this group born between 1980 and 2000 is politically engaged and community-oriented. They are typically liberal, free-thinking individuals who clamor for freedom of information and support gay rights (#lovewins), among other things. They are called millennials, making up about  46 percent of the Filipino electorate—roughly 25 million of 54,363,844 registered voters.

Inquirer Super asked 20 millennial professionals who are also first-time voters what they want from the next administration.

Most said they want a trustworthy leader. Nine respondents listed integrity and honesty as characteristics they want to see in the next head of state.

“I think it’s important that whoever is president can abide by not only his/her principles, but principles set by the state for government officials. This includes not accepting bribes [and] working hard,” said Niña Guno, a Commission on Higher Education employee.

Jan Edward Ballesteros, 24, freelance writer from Las Piñas, said intention is more important over governance experience. “[I will vote for] someone who will not consider the presidency as a job, but as an obligation to help the Filipino people better their lives.”

Political analyst Antonio Contreras said the youth, being idealistic, would always look for a leader with integrity. But, for him, leadership trumps personality and pedigree.

“Give me a president who has integrity but could not govern—that would be disastrous. Integrity is always good, but we need leaders. The youth is understandably for integrity because they are idealistic, fed up with corruption and rightly so because it pollutes the political climate of the country,” said Contreras, a Political Science professor from De La Salle University.

He also noted that the respondents’ preference for alternative politics shows in Davao City Mayor Rodrigo Duterte’s rise in the polls despite his cussing on national television, misogynistic remarks and allegations of undeclared bank assets.

“People gravitate toward Duterte because he’s the only one offering a different kind of politics. He escapes classification—he is liberal on several issues but conservative on others,” said Contreras.

Majann Lazo, 22, teacher, said she likes this type of politics where the leader, a champion of the masses, understands the struggles of the common people.

“This kind of politics births new measures to forward the concerns and issues of women, youth, farmers and the like. Leaders who are advocates of alternative politics see to it that the power they have will be used for the advantage of these marginalized people,” she added.

Joie Ortega explained that such kind of leaders also empowers people to participate in governance. Citizens are inspired to realize their role as partners rather than beneficiaries of the government’s programs and projects.

The social media specialist added that ideal leaders must be able to adapt to the times, using social media and similar platforms to reach their constituents and make them more involved.

The respondents who indicated integrity as the most important criterion said fighting corruption should be championed in the next term.

“It’s sad that corruption is an open secret in the country. That’s good people’s money and it belongs to the good people of the Philippines. There’s a less pressing need for bills of transparency if the government isn’t so secretive and its officials aren’t known to pocket money,” said 22-year-old Mia Durano from Cagayan de Oro.

The passing and enactment of the Freedom of Information bill, which mandates the disclosure of public documents, is supported by all presidential candidates.

With Davao City perceived as “exhibit A” of Duterte’s leadership and his promise to eradicate crime, six of the respondents said they trust that Duterte can deliver results, even if a few also expressed reservations about his ways and methods.

One of the respondents supporting Duterte also doubted the feasibility of his proposed federal government, saying that the system won’t help every region in the country. A counter-argument said it would ensure that the approval of local projects won’t have to come all the way from Manila.

“Let’s face it. We in this side south of Manila don’t get the same cuts and we know how our taxes travel. A federal government means we have more control over our local economy,” Durano said.

While many applaud Duterte for his strict implementation of the law, others believe that a different kind of iron fist—one that respects the Constitution—is needed by the country.

They point to Sen. Miriam Defensor-Santiago, whose competence, political acumen and knowledge of the Constitution are beyond question.

“A good president is able to point out which systems or laws are to be amended and passed for the benefit of the people,” Lazo said.

An internationally awarded lawyer, Defensor is deemed as someone who “knows the law and would not let any violations against the Constitution pass,”  said Ortega.

The four respondents who support Santiago are taking her word that she is well enough to run for president, and to function if she does win.

“She has all the will and all the right to win this coming elections. I am not the judge of her time on earth, and her candidacy should not be undermined by her ‘potential’ time (to live),” said Lazo.

Independent candidate Poe had four of 20 respondents believing in her competency and sincerity for public service. While the neophyte senator’s capability to lead is questioned as much as her qualifications to run as president, Alrine Jamora, a bank teller, said, “Experiences are just records, not a basis.”

Two respondents supporting Roxas agreed that he can be trusted with public funds, as no allegations of corruption have been made against him. Guno admitted that some of his projects have failed, but she said she continues to support his platform because it is realistic and feasible.

“For example, his idea of a central bus system is something very practical and realistic, as compared to others’ plans that revolve on threatening (lives) or taking away income taxes,” she said.

Four respondents were still undecided. None of the participants interviewed supported Binay.

Asked what should be prioritized by the next administration, half of the respondents  said it should be education. Three said that the implementation of the K-12 system is advantageous, but only if the curriculum and program are implemented across the country,  even in far-flung areas.

“Whoever becomes president must work to ensure the success of the K-12 reform. I believe education should be a priority because it is one of the strongest ways to get many Filipinos out of poverty,” Guno said.

Another priority for the respondents is the development and adaptation of new and organized methods to decentralize the transportation system in Metro Manila and extend its services to the regions.

The respondents also called for sufficient job opportunities outside the metro, with a focus on developing the agricultural sector in rural areas and tourism.

The candidates have overlapping platforms in transportation, infrastructure, education and other national concerns, and Contreras emphasized that the election is not just about choosing a leader, but also about what type of politics should govern the country.

The youth, he said, “should not just focus on who they are going to vote, but on what kind of politics they want, and start to do that right now.”

“What is more important is how we elect our representatives to decide on our behalf,” he added.

“The youth is 46 percent of the electorate,” Contreras said. “Surely you can demand.”