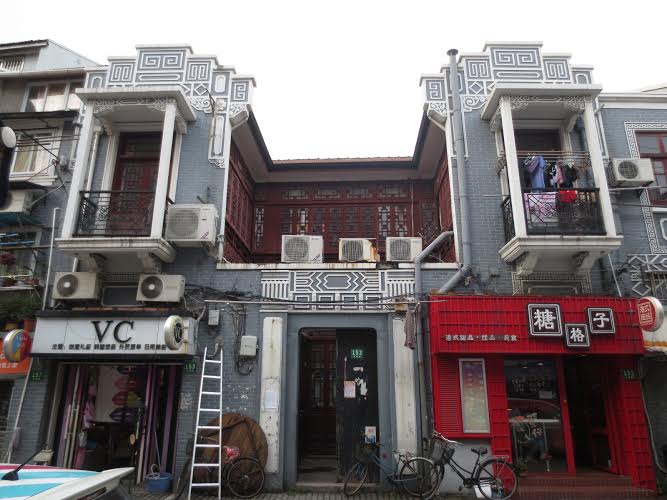 WM PATRICK Cranley called it a “comic convention for architecture fans.” He was referring to the recent 14th World Art Deco Congress in Shanghai.

For six days, China’s biggest and most cosmopolitan city played host to 160 delegates from different countries and gathered foremost experts and serious aficionados of this stylistic genre that took the world by storm before World War II.

In cities halfway across the globe, Western-educated architects such as Juan Arellano also embraced the style and produced masterpieces such as Metropolitan Theater in 1931, and Juan Nakpil the Quezon Institute Complex in 1928.

In the 1920s, the style also swept Republican-era China, particularly the gateway city of Shanghai, which was then divided into three parts: the Western-dominated International Settlement, the French Concession and the old Chinese city.

In these three historic areas, Art Deco thrived and went full blast through the works of an ecclectic range of architects that included an Austro-Hungarian, Chinese, Americans, British, French and Russians. They bestowed Shanghai with an enviable collection of buildings in the modernist vocabulary of that age.

“No other city has such a variety of Art Deco styles by architects from such a range of countries and traditions,” said Cranley.

This was the heritage showcased by the organizer Historic Shanghai, where Cranley is president.

A special session touched on the Art Deco style in other Asian countries such Singapore and Manila, for which this writer presented the paper “Death by Deco: Movies, Mansions and Mausoleums in Manila,” which introduced to an international audience the architectural heritage from the Commonwealth era.

Major highlight of the event was the in-depth exploration of Shanghai’s Art Deco heritage around its old historic neighborhoods.

Through a set of five thematic walking-tour programs, participants were immersed in an amazing variety of Art Deco structures built during Shanghai’s 1930s heyday, when the city earned several monikers that included the glamorous Paris of the East and the less flattering Whore of the Orient.

In the former International Settlement, we marveled at the towering modernist high-rises—with their trademark vertical lines and sweeping geometry—that once housed Shanghai’s influential British and American hong that dominated the financial sector before the Communist takeover in 1949.

With the booming wealth of the 1920s came a slew of new structures that added to Shanghai’s cosmopolitan allure. At the famed Nanjing Road, Cantonese taipan built multistory department stores and movie theaters where the Shanghainese patronized the latest Hollywood English films side by side with Chinese films.

At night at that time, people flocked to dance clubs where American, Chinese, Russian and, yes, Filipino bands sang to the tune of the latest jazz melody and played the night away.

As Shanghai became a major port of call for ocean cruise liners, deluxe hotels sprang upon and around the waterfront, the most famous being the Cathay (today Fairmont Peace) Hotel, built in 1929.

Just south of the International Settlement, the former French Concession presented a totally different atmosphere, with its tree-lined avenues and Old World feel.

This was a choice address among the city’s Western and wealthy Shanghainese residents.

The period residences have remained mostly intact, with names such as Petain, Daupine, Magy and Picardie, truly harking back to the French origins of Art Deco which blossomed in this transplanted piece of France in old Shanghai.

Over at the old Chinese city, Art Deco was also embraced by the local Shanghainese in building their homes. Known as Long Tang, this derivation from the classic courtyard residences of imperial China was also referred to as Shi Ku Men, for it had stone-framed doors, clearly a Western appropriation, in their entrances.

Starting in the 19th century, this form of mass housing continued to be built until the 1930s, which eventually saw the adoption of modernist ornamentation in a traditional Chinese architectural model. This is Art Deco with a unique Shanghainese accent.

Indeed, in a week’s worth of walks, talks and events, Shanghai clearly showcased the best of its astounding Art Deco variety that has enabled it to join the ranks of celebrated Art Deco cities such as New York, Havana, Melbourne and Miami.

The world congress has undoubtedly succeeded in bringing to light the fascinating histories, the glitz and the glamour of a long unappreciated and forgotten architectural heritage in this storied Chinese city.