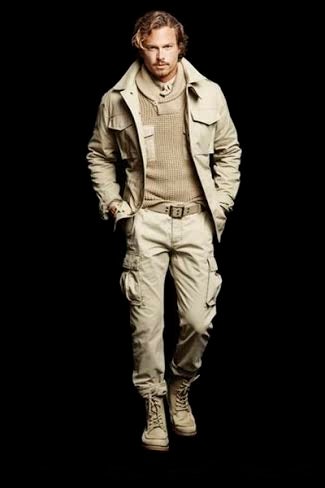 JEAN Cut, one of four basic looks for 30th anniversary.

IN 1986, thanks to Levi Strauss & Co., Dockers was born. The casual pant, specifically in khaki, was Dockers’ first look and it became the brand’s signature—smart like chinos but were as durable and easy as jeans. Dockers pants were perfect for casual Fridays at the office or a date at the movies.

Dockers, America’s favorite khaki, recently marked its 30th anniversary with a new campaign, “Yes, They’re Dockers,” which puts the spotlight on how the brand has grown in the past three decades.

The new Docker’s campaign was shot by a American lifestyle, nightlife and action photographer, Brian Kuhlmann, who came up with images that will remind of a cool friend’s Instagram feed. The images showcase the Docker’s look but somehow goes beyond that illustrate how the brand is more than just about khakis and business casual clothes.

For its 30th anniversary, Dockers is four basic men’s styles: Jean Cut (for best-looking jeans); Broken for slim fit; Clean Khaki as “ultimate versatile pants”; and Best Pressed for one to look sharpest.