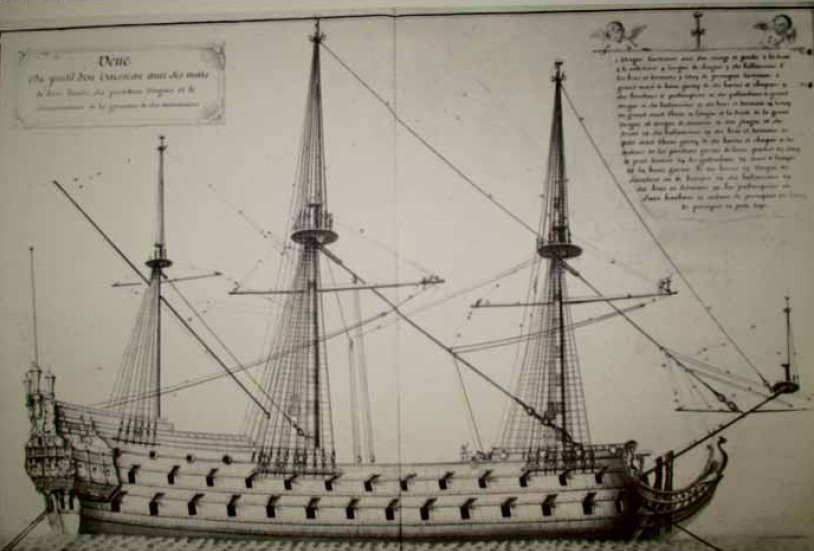 MEXICO CITY—For centuries, its storied voyages had gathered dust in the world’s archives and given a mere passing glance in the pages of history books.

But some 200 years after it ended, the Manila-Acapulco galleon trade, largely considered to have given birth to international maritime commerce, is finally getting the recognition it has long deserved as its memory is finally coming to life in 3D.

An unprecedented international private sector project is under way to build “a tribute” to the first trans-Pacific trade: The Manila-Acapulco Galleon Museum, a first-of-its-kind international maritime and cultural museum in the Philippines.

It’s centerpiece: A historically faithful replica of a galleon, based on detailed construction plans found in 18th century manuscripts.

Led by former Sen. Edgardo Angara, among the country’s leading arts, history and cultural warriors, the project brings together historians, scholars, architects, naval and shipbuilding experts from the Philippines, Mexico and Spain to build a shrine of colonial era commerce regarded as the genesis of globalization as it is known today.

More important, the museum hopes to honor Filipino and Mexican artisans, carpenters and navigators who were the driving force behind the galleons, even as the ships flew the flag of the Spanish Crown.

“We will construct a tribute, a monument for that enterprise … It’s our blood, sweat and tears there,” said Angara, who traveled here to pursue further partnerships to turn his vision into reality.

“The idea is to highlight prominently the role that the Philippines and Mexico played in maritime trade for 250 years,” he said, noting how the galleon trade became the predecessor of modern trade pacts such as the American-led Trans-Pacific Partnership.

The museum is envisioned to feature relics from the trade, which facilitated an exchange of goods across the Asia-Pacific, Latin America and Europe from 1565 to 1815, some six years before the Mexicans won their fight to gain independence from Spain.

At the time, Manila served as the receiving and processing port for silk, porcelain spices, teas and agricultural products from China, Japan, India, Borneo, Cambodia, the former Siam (Thailand) and the Moluccas.

“The Silk Road was nothing, compared to [the galleon trade]. How much can you carry on a camel or on horseback? While this one, it was literal shiploads of goods. As it says in literature, if you get space (on the ship), you are an instant millionaire,”  Angara said, referring to the ancient trade network established during China’s Han Dynasty (from 130 BC to 1453 BC).

Commercial galleons sailed the Pacific twice a year, bringing the goods to Mexico’s Pacific port of Acapulco. The products were traded for silver, medicinal plants and agricultural produce from Mexico.

From there, the Asian goods were transferred to other ships for a trip to the port of Cadiz in Spain, from where they were taken by land to Seville. The products were then spread across Europe.

The trade ended as Mexico’s uprising against the Spaniards brewed, and as European merchants complained about poor sales due to competing Asian goods.

But it created an indelible link between the Philippines and Mexico, with both cultures and peoples influencing each other in food, fabrics, art, language, even genes through intermarriages.

Angara, former chair of the Metropolitan Museum of the Philippines and founder of Museo de Baler in his Aurora hometown, said the role of Filipinos and Mexicans in the galleon trade had been underplayed quite unjustly in history books, whether in the Philippines or in Mexico, or their common former conqueror, Spain.

“We (the two countries) were both under Spain, but it was the Filipinos and the Mexicans who built the galleons. It was the Filipino crewmen who guided the Spanish captains on how to cross the Pacific through reading the stars and the moon, because we’ve been doing that for centuries,” said the former lawmaker, who has authored several books on the galleon trade and Mexican-Philippine relations.

More than looking back to history, the project aims to help build the future. Angara cited the Philippines’ somewhat confused identity as an example: Ignorance of the past, he said, has diluted the Filipinos’ affinity with their own roots.

“But when the young ones learn that during the 16th century, we were the ones bringing the goods and started this globalization, it will give them a sense of pride,” he told the Inquirer, who was invited to cover his five-day visit to Mexico.

Strategically located by the Manila Bay, the P600-million galleon museum is currently under construction at SM Mall of Asia (MOA) complex in Pasay City, being built through an endowment of the family of shopping mall tycoon Henry Sy.

“It is 60 percent complete. It is like a sphere rising from Manila Bay,” Angara said.

Calvillo noted the museum’s prime location near the bayside mall, where an estimated 300,000 visitors come through daily.

Construction of the galleon replica, which by Bubnov’s estimate may take two and a half years to complete, is being planned to become an attraction in itself, as such an ambitious feat has never before been done.

The tedious process of building the ship is also expected to take place in a space within the MOA complex, close to the museum.

“This (the ship) was a Mexican-Filipino conception,” said Bubnov, who is at the lead of researching the galleon model, the documents on which had long been archived but never so closely examined.

Modeled after detailed specifications of an 18th century galleon, the replica will be a

60-meter long, 40-meter high “fully fitted and rigged galleon” with 70 guns to be made of authentic iron, as opposed to steel or plastic.

The ship will have a displacement of 1,000 tons.

The original ship is similar to those made by Filipino artisans and carpenters in Sangley Point, Cavite, at the height of the galleon trade.

“It will be reproduced in full detail, based on original manuscripts, in order to create a cultural attraction with very few parallels in the world. This will attract international attention to the economic and cultural importance of the Philippines,” said a detailed design plan prepared by Bubnov, Loyzaga and Agote.

The team is now in the process of identifying possible sources of the materials to be used for the galleon particularly timbers from three species of trees: molave, teak and dancalan (or palo maria). The ship will require especially fabricated iron nails and other fittings.

Angara’s group is also reaching out to sponsors both in the Philippines and Mexico who could help fund the replica project, estimated to cost at least $6 million or P230 million.

Bubnov also reported to Angara a “very positive” meeting with the Mexican Navy on its possible involvement in the fabrication and transport of the ship’s parts to the Philippines.

While in Mexico, Angara also touched base with Franz Mayer Museum and got its officials on board to loan pieces from its own galleon trade collection to the new Philippine museum.

The galleon museum will also house a maritime and cultural research center, which would “make it alive,”  Angara said.

In a meeting with heads of top Mexican research institutions on Friday, Angara cited the possibility of making the galleon museum a “Pacific study center” for international scholars.

“I think this kind of project is the one that helps you see the future when you understand where you come from and the history that you are part of,” said Mexican Sen. Armando Ríos Piter, who met with Angara here Wednesday to discuss the Mexican government’s possible role in pursuing the galleon museum project.

Piter expressed to Angara his intent to pitch to the Mexican government the idea of a counterpart museum in Acapulco, given long-standing ties between the two countries.

“These historic photographs from the past or from the future can make them (the government) part of something more transcendent. And that’s what we politicians do—we try to build a future regarding people’s sharing, knowledge and of course spirit,” he said.

“It will serve to raise the public’s awareness of the deep historic links that our two countries share. In visiting the museum, I believe that Filipinos will be surprised and delighted by just how much we have in common with Mexico, and how our two nations influenced each other in ways that persist to this day,” De Vega said.