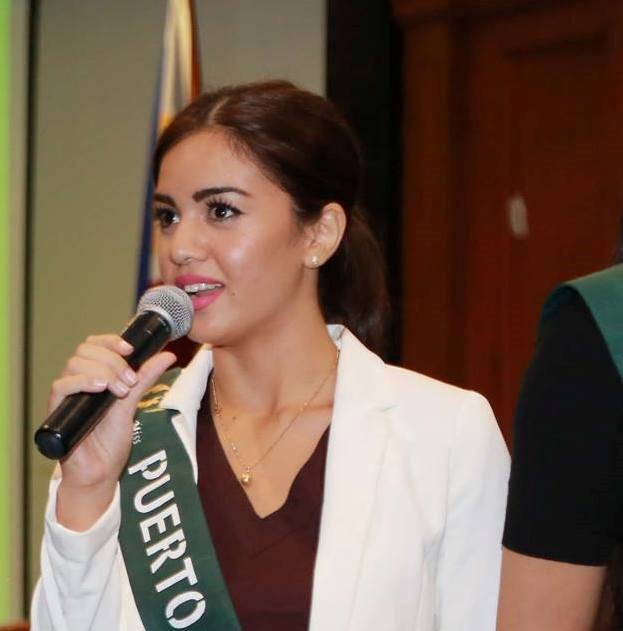 Faced with the prospects of carrying the Philippines’ colors in a tough battle for a third straight Miss Earth victory, the candidates for the 2016 Miss Philippines-Earth pageant appear to be unfazed by the insurmountable task that comes with the national crown this year.

After making history by being the first country to score a back-to-back win in the 15-year-old global competition, the Philippines is poised to make a “three-peat,” a feat which has not been recorded in any international beauty contest to date.

During a recent dinner hosted by global active gear brand Merrell to mark the continuation of its “Pretty Strong” campaign with the Miss Philippines-Earth pageant at Abe in Trinoma, Quezon City, some of this year’s delegates sat with several media scribes to discuss what makes them a pretty strong contender for the title.

Former Binibining Pilipinas contestant Imelda Schweighart from Puerto Princesa City said she hopes to win the pageant to highlight her fight to protect the country’s farmlands from chemically-engineered seeds.

She also said she wants to “bring the Binibining Pilipinas type of woman to the Miss Earth stage.”

She added, “Jamie [Herrell] won [Miss Earth in 2014] because she was smart, Angelia [Ong, reigning Miss Earth] won because she was prepared, and I believe I can give a strong follow up to them.”

London-based Kiara Giel Gregorio, a veteran of the Mutya ng Pilipinas and Miss World Philippines pageants, declared, “This year will be really competitive, because all the ladies are eyeing for a three-peat in Miss Earth.”

She added, “You’ll know that the contestants will give their best to prove that they can do it.”

If she wins the crown, Kiara said she would further boost the pageant’s environment-themed advocacy by “teaching skills, influencing minds, and building the future.”

For University of Santo Tomas alumna Jan Louise Abejero of Quezon City, this year’s national pageant will be extraordinary because of the field of aspirants.

“We are determined to give our best because the world is looking at the Philippines. We should meet their expectation that the country is now a threat in international pageants,” she declared.

Abejero said she is the perfect woman for the crown because she embraces both the good things and the imperfections.

“Your strengths and weaknesses, kiss them. They make you who you are,” she explained.

The six ladies, along with the rest of the contenders, will be introduced at the official presentation of candidates at the Diamond Hotel in Manila on May 16.

The winner will be proclaimed on Independence Day next month. JE