Why Vicki and Hayden decided to have a baby | Inquirer Lifestyle ❮ ❯ 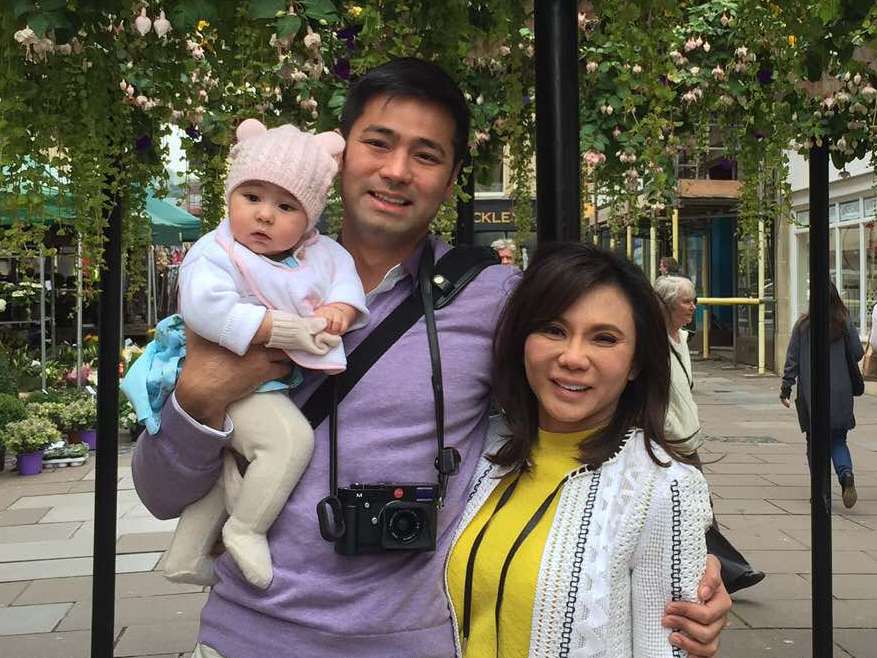 Why Vicki and Hayden decided to have a baby

It was almost close to midnight when Facebook friends of Hayden Kho, who were about to get some shut-eye, had their eyes popping open as they saw his post of himself with a very cute baby girl.

It read: “I guess God knew fatherhood would change me completely and bring me closer to being the kind of man He always wanted me to be. He sent me and Vicki an angel who is to be our lifelong inspiration. Meet our daughter, Scarlet Snow.”

While it must have surprised a lot of his friends, and the public in general (we tweeted about it), we, in fact, had been waiting for that “coming out” announcement for a little more than a year now—ever since Dr. Vicki Belo told us about it, long before Scarlet Snow was born. At that time, she let us in on her and Kho’s secret—that they would have a baby, and that a surrogate mom in the US was bearing it.

Belo is one of the country’s foremost dermatologists, but beyond her own medical practice, what put her on the contemporary lifestyle scene in the country was how she turned beauty treatments and procedures practically into “must-haves” for a segment of the Philippine population, for men and women.

In this century, with branches here and in Cebu, she institutionalized beauty treatments. She turned Belo into a big beauty brand—primarily by also marketing herself and her lifestyle.

And that included her on-and-off relationship with Dr. Hayden Kho, who is many years her junior, and who’s figured in juicy controversies. But that’s all history now.

Kho, you could say, turned the corner when he rediscovered his religious faith—“turned Christian,” as they say—and began to share it and preach about it two years ago.

Now the couple, who has been together for 11 years now, has introduced to the world their 14-month-old baby, Scarlet Snow, born through surrogacy.

“It’s always been my concern (in our relationship) that we couldn’t have a family, but Hayden would always tell me that he was willing to be with me, with or without a child. When we decided, we figured a way, this surrogacy.”

Belo added, “For me this is a wonderful time to have a child. I have the time and money. And Hayden has been the best dad ever.

“We talk about life now more and more, and we’re on the same page because of Scarlet.”

That was how Belo explained how the birth of Scarlet has strengthened their bond.

Kho described it using his biblical belief. He explained how they came up with the name Scarlet Snow.

“Isaiah 118 says, ‘Though your sins be red as scarlet, I shall make them white as snow.’”

Kho has always told people, anyone who’s willing to listen, how he’s been reborn with, he said, the “transforming power of God.”

He said, “Regardless of how far you’ve been from God, God can draw you back in, make your sin as white as snow.”

He’s turning 36 this year, which he considers an eventful year.

To say that he’s now a hands-on father seems an understatement. We’ve seen him look after Scarlet Snow in a children’s party.

He’s done the regimen—change diapers, feed the baby himself, plan her food. Scarlet was raised on breast milk—from friends—then her diet progressed to congee, misua and banana.

The challenge, Kho said, is “inner. How do we become good examples for her?”

Belo herself is rediscovering motherhood. Her two children are adults: Quark is an acclaimed movie director; Cristalle helps run the Belo business, and will get married in September.

Are they happy? Kho said, “We’re beyond happy. The word is joy.”