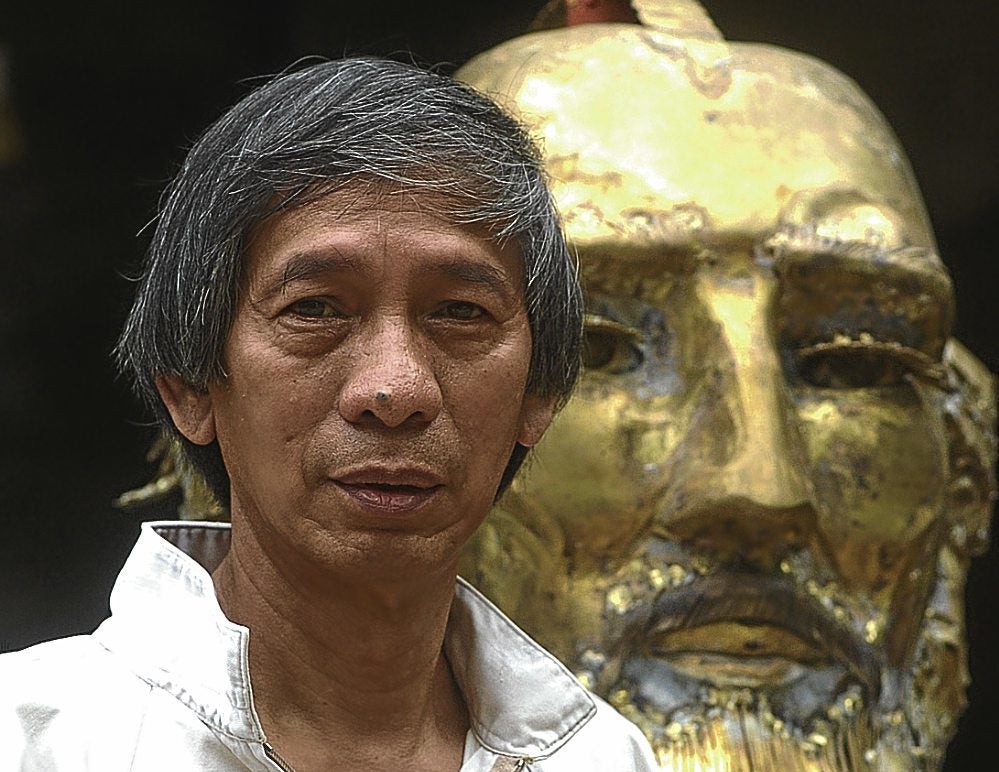 Top sculptor Eduardo Castrillo, builder of some of the most familiar monuments to  two generations of Filipinos across the country, died on Wednesday morning. He was 73.

Writer-artist Jeannie Javelosa told the Inquirer that the sculptor succumbed to cancer at 10:45 a.m. at the Asian Hospital in Muntinlupa City.

Javelosa said Castrillo was diagnosed with prostate cancer two years ago. The cancer lately spread to the stomach and bones, she disclosed.

“He had been suffering so much this week, he wanted to go,” said Javelosa.

The art world was devastated.

“His passing on is a great loss to me personally and to the art world,” said sculptor Ramon Orlina.

“I am a great admirer of his art and his influence on me in some of my abstract forms cannot be denied,” Orlina said. “I shall surely miss him.”

Castrillo broke into the art scene in the 1960’s for his modernist sculptures that made use of brass and metal fashioned into abstract forms.

Born in 1942 in Santa Ana, Manila to a jewelry-draftsman father and a homemaker mother, Castrillo originally started as a jewelry designer for Estrella del Norte.

He later studied fine arts on a scholarship at the University of Santo Tomas, the cradle of modern art in the Philippines.

After his studies, he became known for his installations, “The Virgin” at La Loma Cemetery and “Youth’s Cry of Defiance” in Fort Santiago in 1966.

His most famous sacred sculptures are the “Pieta” and “Last Supper” at Loyola Memorial Park in Parañaque.

Because he was working with the difficult metal alloy medium of brass, his representational sacred works also assumed certain abstract dimensions that made them modern.

Perhaps his most famous abstract monument very familiar to the public is “Redemption” at the Metrobank Plaza on Gil Puyat Avenue in Makati.

But the public is most familiar with Castrillo’s representational patriotic monuments because of their size and ubiquity.

They include the “Spirit of Pinaglabanan” in San Juan City; People Power Monument on Edsa, Quezon City; “Rajah Soliman” in Malate, Manila; “Bonifacio and the Katipunan Revolution” near the Manila City Hall; “Spirit of Edsa” at RCBC Plaza in Makati; and Cebu Heritage Monument.

His sacred works can be found in several churches such as Our Lady of Loreto in Bustillos, Manila and the beautiful metal-and-wood crucifix at Don Bosco Church in Makati.

Castrillo has been nominated to the National Artist Awards.

Javelosa said Castrillo’s remains would lay in state at his studio in Molino, Cavite. No burial date has been set, she added.