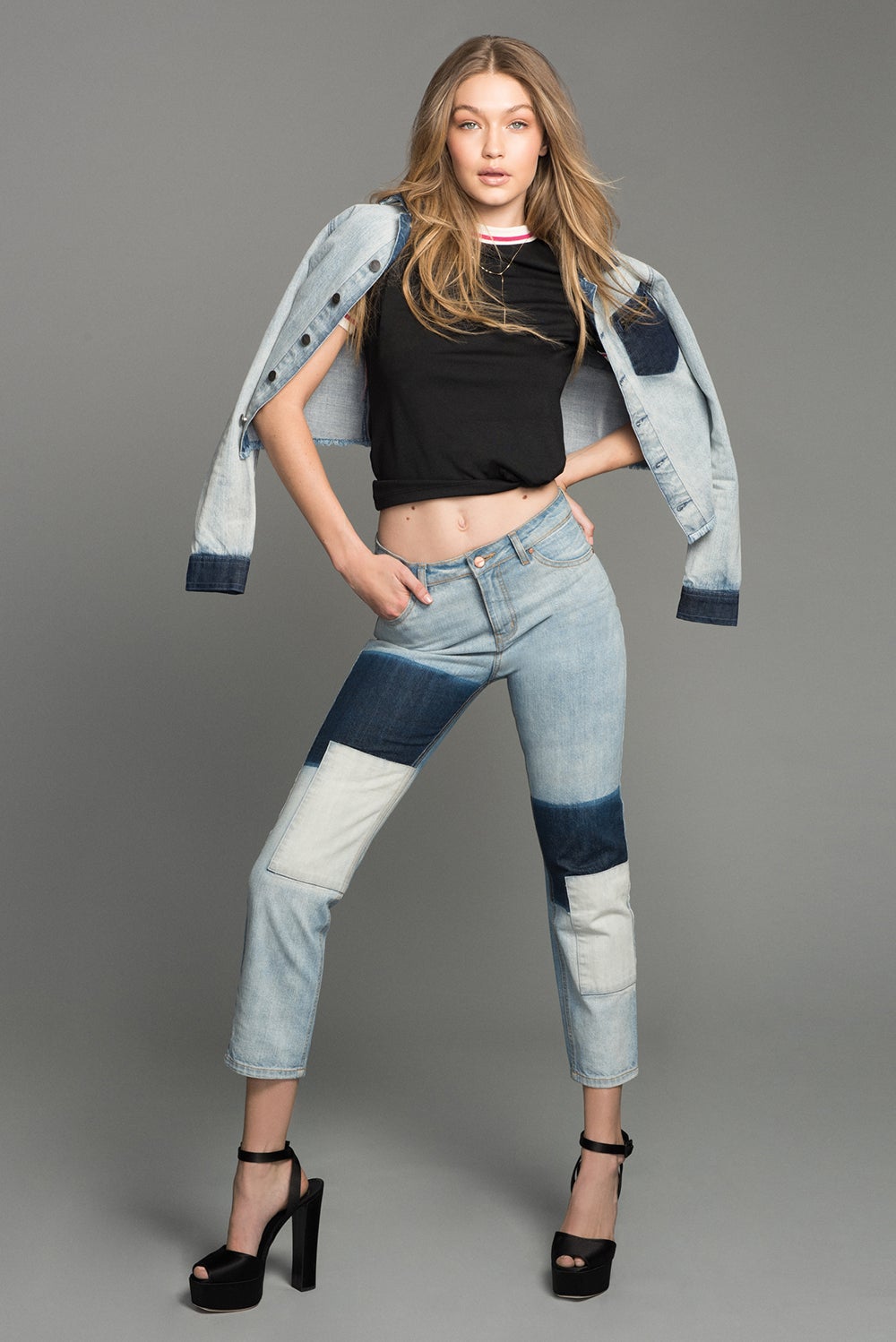 (READ: Champagne and cake with ‘It’ girl Gigi Hadid)

Do your Filipino fans reach out to you a lot?

Yeah, I see a lot from them on Twitter, and that’s what’s really cool about social media; you are able to see where in the world you can make someone happy if you did a campaign there.

It’s just very true to my style. I would wear anything that we’re shooting today on my own. There might be a few pieces missing once I’m gone today. (Laughs.)

How was the shoot today?

It’s so fun. Yu Tsai and I have been working together since I was 14, and so we just have a really easy time shooting together. We have so much fun and we just dance.

Which pieces from the collection did you like the most?

I love the two denim crop shirts; there’s one that’s more like a denim crop jacket and one more like a tank top. But I like everything that I’ve put on today, so it’s kind of a hard question.

(READ: Secret’s out: Gigi Hadid is the new face of Penshoppe)

Casual comfy chic. I always try to be comfortable, because I think that you always look great when you feel good in what you’re wearing, and that’s most easily achieved if it’s comfortable.

Was modeling something you always wanted to do?

When I was really young, I wanted to be a professional volleyball player. I also rode horses. Then I went to school for criminal psychology for two years, but that was when I was already modeling. I think that when my mom stopped modeling, she picked up a camera right away, and so my whole life I was always in front of the camera.

It was less about the actual clothing and more about the photographs that I loved. I really am inspired by and interested in creating iconic images. Those were the images that made me want to be a model. Once I got into it, I started learning more of the ins and outs of design and fashion, but really, why I wanted to do it first is because of the images that I saw growing up.

If you weren’t a model, what would you be doing?

I’d probably be playing volleyball at a university somewhere in the States.

What has been your most surreal/unforgettable/favorite fashion moment?

I never thought I’d be on one cover of Vogue, and in the past year, I think I’m on 12 now. It’s just crazy… I guess that my support system is so great that the fans are the ones that make that happen; they’re the ones who tweet about it enough that people know that they want me on the cover of their country’s Vogue, and for those editors to just be so generous and so kind to me. I got to meet a lot of them at Paris Fashion Week and, hopefully, I’ll be on a Philippine Vogue cover soon, we’ll see.

“MasterChef” was really fun. I grew up cooking with my whole family my whole life. My favorite shows while growing up were food shows, and when I signed up with my management three years ago, the two things I wanted was a Vogue cover and to be on a cooking show. “MasterChef” happened a couple of months ago, and that was so great. And I won! And it was for a great charity, and I was really excited.

What are your specialties when you’re cooking at home?

I make a lot of pasta dishes. I love those. I also love burgers, like the one I made (on the show). I really enjoy making things I’ve never made before, so I try and do new things all the time. I like challenging myself and trying not to look at recipes and figuring it out on my own.

I know you make a good grilled cheese sandwich…

What’s the secret to your grilled cheese sandwich?

Butter both sides, put it on the pan, then cheese, then the top. So you have to have four buttered sections, and that’s what makes it really good.

We know you cook a killer burger, but where do you usually go to grab burgers?

Naturally, In-N-Out, but I live in New York now so … that’s really emotional for me. But when I’m in New York, JG Melon is my favorite. 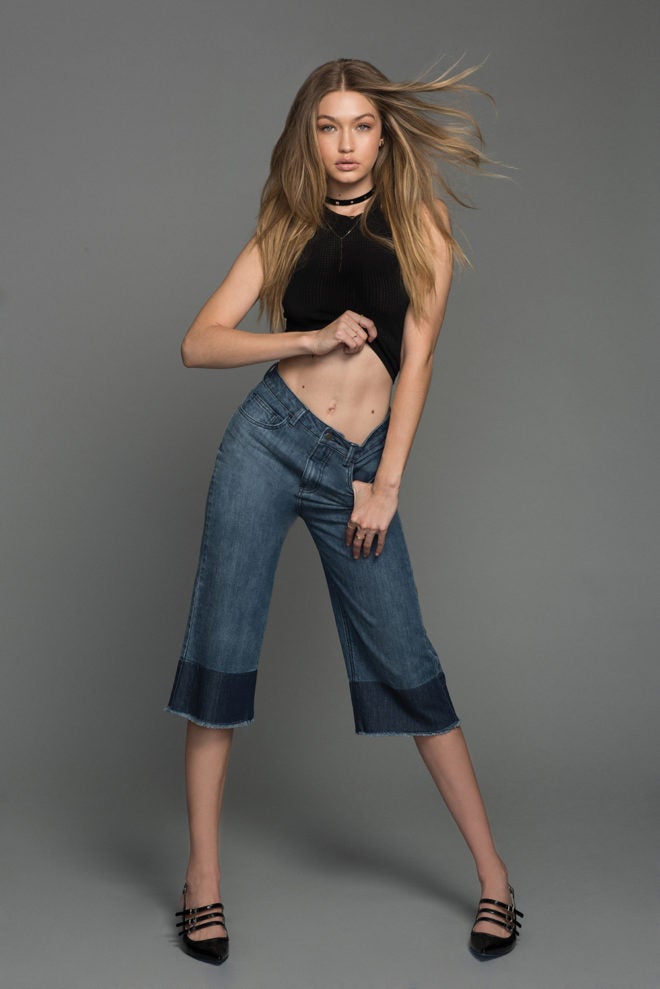 We loved your “Lip Sync Battle.” Why are you so good at it?

Well, I grew up with a lot of musicians, my stepdad (David Foster) being a producer. I guess I watched a lot of performers my whole life, and I always loved music and chose songs that were really fun. Just becoming that character for the night is what made it so fun for me. I really got to become the character of a pop star without feeling embarrassed because it was kind of a joke, you know.

If you could lip sync any song now, what would it be?

I really wanted to do “I’ll Make Love To You” by Boyz II Men, but someone took it the week before on “Lip Sync Battle” so I was really sad. So yeah, that’s what I would lip sync now.

Do you still get to play volleyball or ride horses?

The two coaches who were most influential to me when I played volleyball are still my close friends, so when I come back, I try and go play with the girls that they’re coaching now. I always get videos from them when they’re at tournaments. That makes me happy.

The horses are two hours away, and I try to get out there as much as I can. You know, there’s been some shoots where I get to ride horses. Whenever there’s a chance to do it, I’m always on a horse. I think it’s the most natural place for me. I feel the most at ease when I’m on a horse.

What do you miss about volleyball and riding horses?

With volleyball, I think the feeling of being on a team is something you can’t get unless you’re experiencing it during that time. I miss that a lot.

My horses … just being around them. And I’m very competitive, so those two things gave me my competition fix where now I don’t really have anything, that’s why I try and do things like “Lip Sync Battle” and “MasterChef” so I can win. (Laughs.) 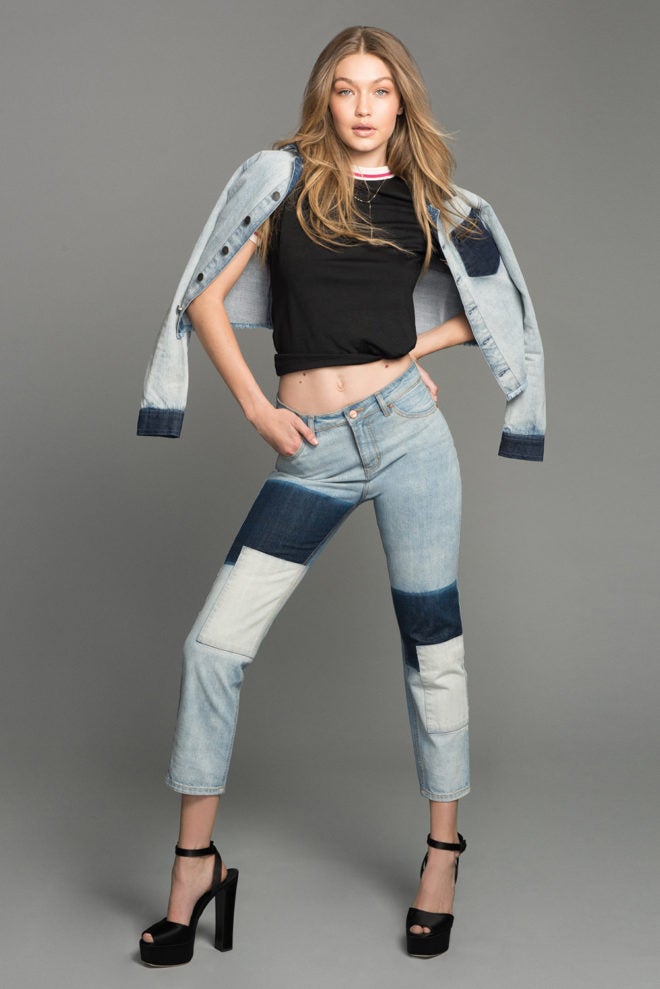 You were studying criminal psychology; is that something you want to get back to one day?

The reason I ended up stopping after two years is, I realized that I was doing it more because I loved being in class and I loved learning and being part of that conversation more than I needed a psychology degree. I didn’t want school to become something I resented… It was just too much to have work all the time, and then be going home and doing essays at night. I’ll go back to school when I have the time to put everything into it.

I need to ask, though— what’s your favorite crime show?

I’m passionate about a lot of things. I think what I’ve realized recently is how much the really simple stuff like cooking and doing art, those passions of mine, have started to play a big role in my life again, and they’re activities that make me feel very grounded.

My phone, my friends, my family, nude lipstick and sunglasses.

American Vogue cover. I’d love to find a movie part that I’d really connect to. I do get scripts and read for some movies, but I’m very picky so I hope that I find one that is a good fit. My last one—I’d actually love to learn how to fly a helicopter.

How do you relax? What do you do for fun?

I cook. I draw. I paint. I spray-paint. I just like being with my friends and sitting on the couch and laughing in my free time. I don’t get a lot of free time like that. If I am off, I’m usually in a city by myself. When I can be with my friends, I just want to do that.

What was the last thing you spray-painted?

I spray-painted a magical cat from a show called… It’s a Nickelodeon show about two genies and I forget what it’s called, but it has a pet. I don’t know if it’s a cat or a white tiger but I spray-painted that pet.

What are surprising facts about you?

I once got two speeding tickets on the same day. When I was 12, I was on Josh Groban’s Christmas album “Noel,” I sang background vocals. No one knows that. What else? What’s surprising about me? I’m just really strange. I’m kind of like, I’m weird when I’m with my friends. I think people would be surprised by that, by my sense of humor when I’m with my friends.

Does your Penshoppe campaign mean we might get to see you in the Philippines?

I hope so. I’m really gonna try. Obviously, with my schedule it’s hard. At some point, for something, I will be in the Philippines.