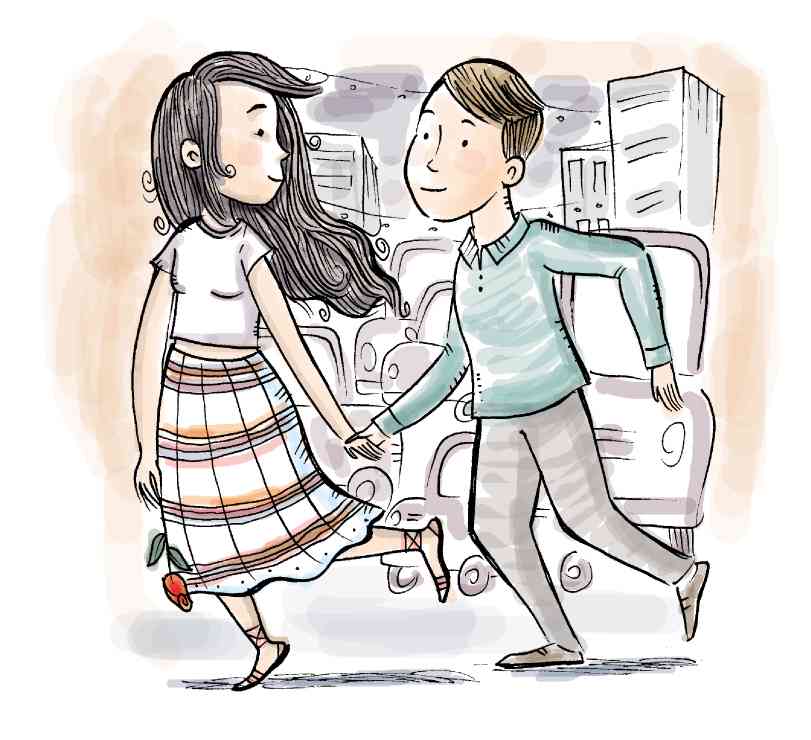 He was crossing the street when the truck
turned on the curb and hit him. He flew
and plastered his body on the steel railing,

arms outstretched as if to enfold
an invisible lover. Some say
he should have stopped, some say he was drunk

(and was he not, always? Gin upon
waking up and beer before lunch) but he was
happy, smiling as he toed daintily

the pedestrian lines, though about what
was quite unclear—was he singing under
his breath the last syllables that crowned

a faithful love? Between a kiss and a step
the tripping bone cut short the love song,
just a curl on the last note, a thud

on the bumper and silence for
unbelieving eyes to stare at. And he, too,
loaded our solitude before he went,

with bags of tricks to get by in this
wearisome world, but always losing
in the end. So we know where he was

coming from, the dark alley with a strange
language, and cannot accept that he did not
understand, that he was joyous. He exposed

his heart too much, drenched it with rain
and dried it under the sun. Goodbye, it said.
Are we to rethink our image of his

passion, the boots and hats that flung it along
the boulevard of his want? At last he
saw her standing in a balcony, combing

her hair. She smiled at him, she must have smiled
at him, and he ran to her, ready
to embrace her. The art of narrative

has no technique from here on. All we can do
is be satisfied with seeing him sometime
at the same street corner walking

with a red flower in his hand while
the vehicles move through and against him.