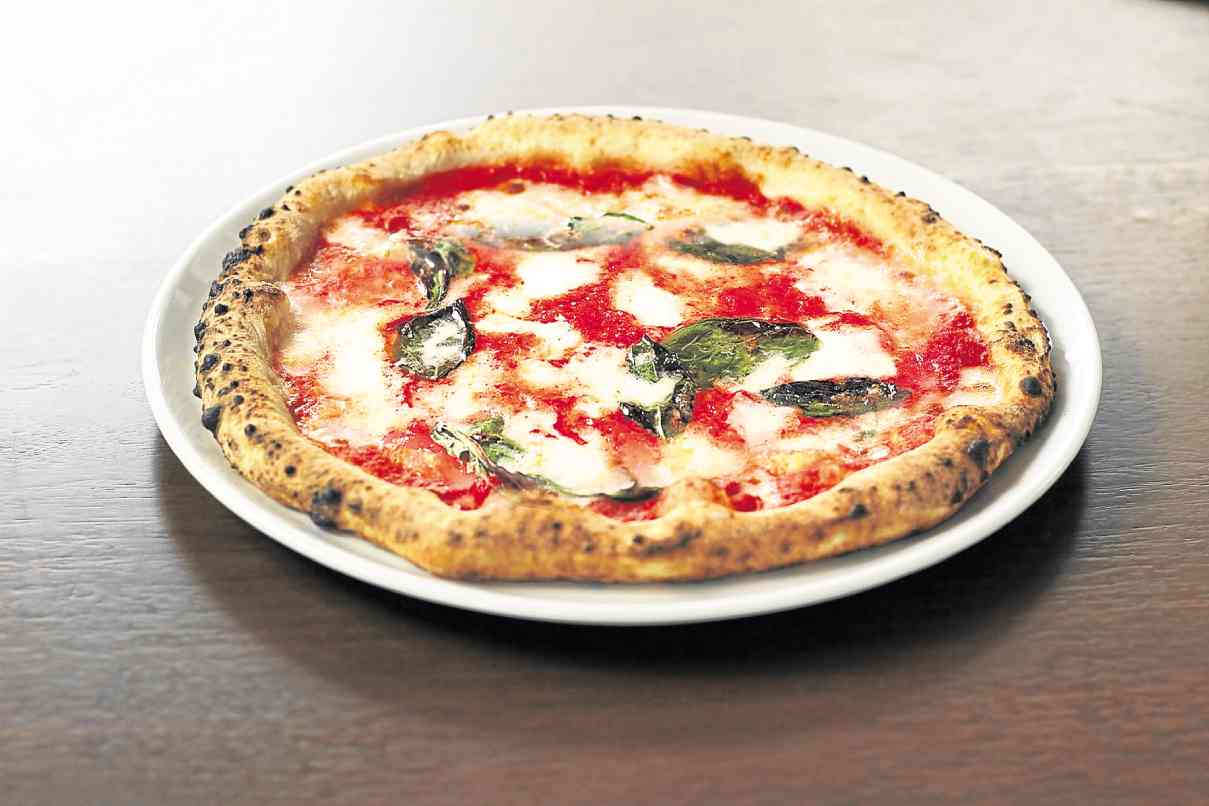 The yearlong wait could have been shorter, but when Salvatore Cuomo & Bar finally opens at Uptown Parade in Bonifacio Global City, Filipinos will get the chance to try genuine Neapolitan fare via Japan.

Staples like thin-crust pizza, fresh pasta with various toppings and a number of meat dishes including bistecca will be on the menu, but with an attention to detail that is distinctly Japanese.

Salvatore imbibed this passion after years spent living in Japan. He is very particular with the taste and quality of the ingredients like the cheese, tomatoes and cold cuts used. The pizza ovens are all handmade in Naples using volcanic stone, and can take a week to 10 days to complete. They are then left to dry for a month.

“We are artisans. When we make pizza we know that the oven has to be at a precise heat (420-460 degrees Fahrenheit) because there’s no chance to ‘fix’ the pizza once you’ve placed it in the oven; you have to be perfect,” Salvatore told reporters in Tokyo last year.

The Italian celebrity chef was actually born in Tokyo, but his Italian father and Japanese mother returned to Naples when Salvatore was just two months old.

“I started cooking when I was 11 years old in my uncle’s pizzeria where I began to learn how to make pizza,” Salvatore said.

“My father made the decision to return to Japan a few years later, and we moved back here when I was 15. That was really tough for me, I didn’t know the language and people weren’t used to foreigners.”

He spent a year kicking around and training in judo before going back to Naples to study in a culinary school. When his father became terminally ill, Salvatore returned to Japan. After his father died, Salvatore and his two brothers spent a couple years studying the Japanese market before opening a restaurant in Tokyo serving original Neapolitan pizza.

The concept clicked, and before long Salvatore was hosting a cooking program on Japanese TV.

Salvatore Cuomo & Bar is now one of the concepts under the casual restaurant group segment of Y’s Table Corp. in Japan. In the Philippines, it has partnered with The Am-Phil Group that manages American restaurant chain Chili’s, Super Bowl of China, Wild West Roadhouse Grill, Nanbantei of Tokyo and Tokyo Tonteki.

One of the partners, Richie Yang of The Am-Phil Group, experienced first-hand how particular Salvatore was when it came to the different elements of the restaurant.

“Aside from the food ingredients, he was also very particular about the wood to be used in the pizza oven. My partner brought two types of wood to Fukuoka where Salvatore is now based so they could try it out. Salvatore didn’t like either, but he eventually agreed on using gmelina (beechwood), a fast-growing tree,” Richie said.

The restaurant at Uptown Parade is one of the largest in the mall with a floor area of 433 square meters. It seats only a total of 140—90 in the main dining area and 50 at the bar—because the partners wanted to keep the spacious walkways.

While most of the food items have to be imported, others like the pork, seafood and chicken will be locally sourced.

“The ingredients are so important. We want to get the right ingredients —the freshest, the tastiest and the best value—so that our pizza is so much better than the cheap pizza you can buy from a store. We spend years selecting and choosing and even creating some of our ingredients to make sure they are the best. It took us maybe three years to get the perfect basil,” Salvatore said.

For first-time guests, Richie suggests ordering the mixed seafood, the four cheese pizza and the bistecca. Those with a sweet tooth should save room for the tiramisu made with imported mascarpone.

The bar will serve several coffee preparations by Australian barista winner Paul Bassett. If you want a closer look at the action, the split-level restaurant has a chef’s table that can seat 16 and is located beside the open kitchen.

“We want to be very transparent to the customer. Our kitchen is open so they can see everything, see us preparing, cooking,” Salvatore said.

“I used to believe if I showed people how to make my food they would copy it, but now I realize it is impossible to copy just like that. You cannot copy the experience that goes into making that food; it takes years of training.”