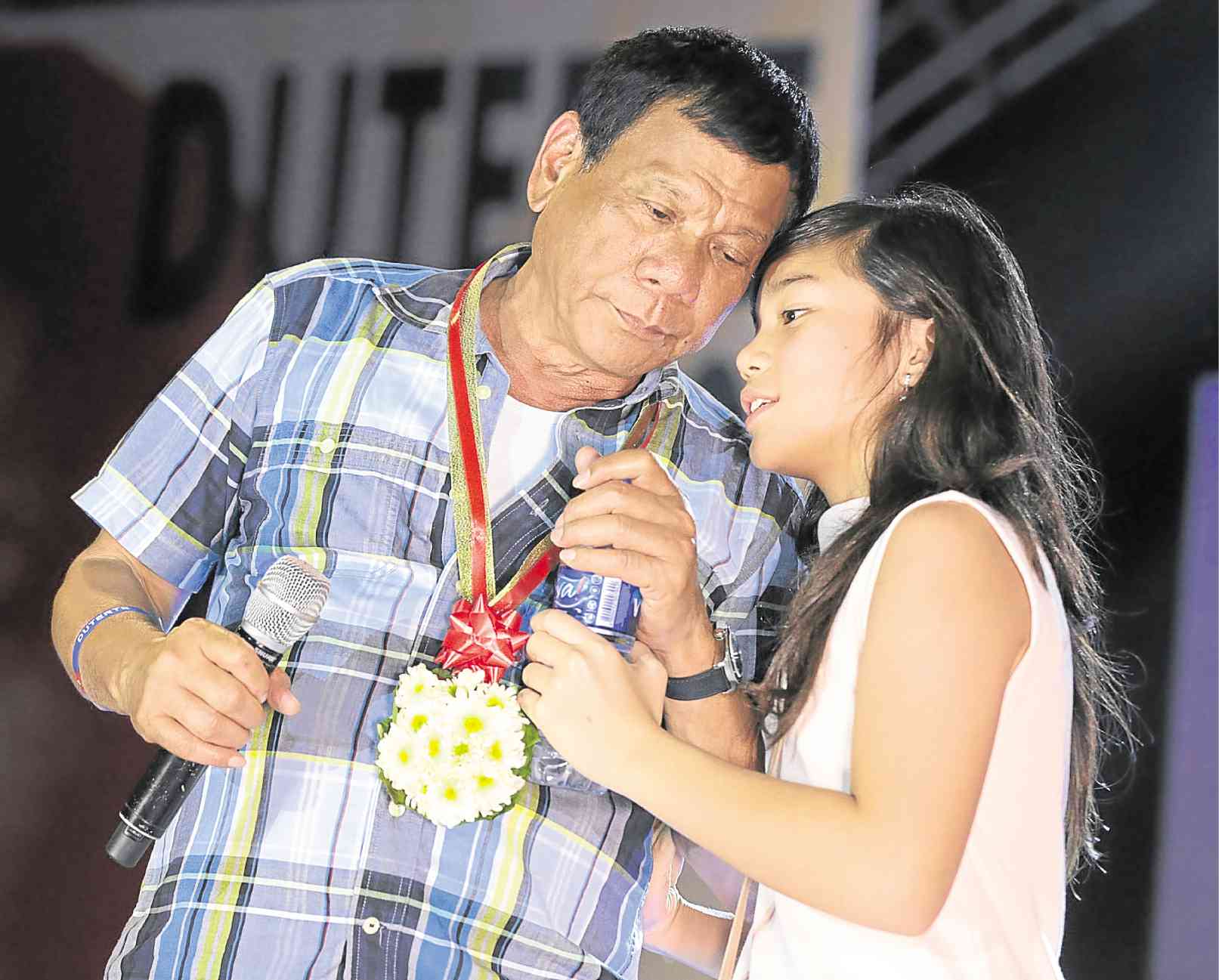 DAVAO CITY—“I will be wearing this,” incoming President Rodrigo Duterte said when asked about his daily outfit at Malacañang when he assumes office.

He was in a white polo shirt over corduroy pants and black leather boots.

This only confirms what Davao fashion designers have been saying about the new President.

“How he looks is the least of his concerns,” said Bobby Castillo, a designer at Chardin, a high-end fashion house here.

For Castillo, changing the presumptive President-elect’s looks will not do any good.

“That’s how he is. He will no longer be the Duterte we know if we try to change how he dresses up,” he said.

Chardin is where Duterte goes for his outfits.

Richard Pulatche, a designer for men at Chardin, said that since the fashion house already has Duterte’s measurements, Duterte would just send the fabric for a new outfit, or off-the-rack clothes for repair.

“He wants it not too tight, not too loose. And he wants it in a certain length,” Pulatche said.

Duterte would usually send something for repair, apparently gifts from friends.

Sometimes, he would send RTW clothes just to have their labels removed.

“The label irritates his nape,” Castillo said. “He is very sensitive to this.”

This is also the reason Duterte hates wearing barong Tagalog.

“No piña. He easily gets itchy,” Pulatche said.

Chardin has been making Duterte’s barong Tagalog, like the one he wore to the Presidential Debates in Cebu, which Duterte claimed he bought in a department store.

Chardin made another barong for the Luzon debates, but Duterte showed up in a chambray polo.

It is still not clear if Chardin would dress up Duterte for his inauguration on June 30.

“There’s still no word that we will make one,” Pulatche said.

But the designers at Chardin are used to last-minute orders.

“Usually, his staff would order a barong a day before an event,” he said.

Duterte, in an recent interview, said he would not wear a barong to  his inauguration.

“He doesn’t like burda-burda because it’s itchy,” said Mercado, who shifted from being a designer to a makeup artist 10 years ago.

Mercado, who was in charge of Duterte’s style for his weekly TV show, “Gikan sa masa, para sa masa,” said the new President does not need an “extreme makeover” when he steps into his new role.

“And a jacket with the presidential seal will be good,” he said, adding that good shoes, “perhaps, loafers,” would help.

Mercado, Pulatche and Castillo agreed on one thing: The plaid has to stay.

“And the masa love him for that,” he added./rga