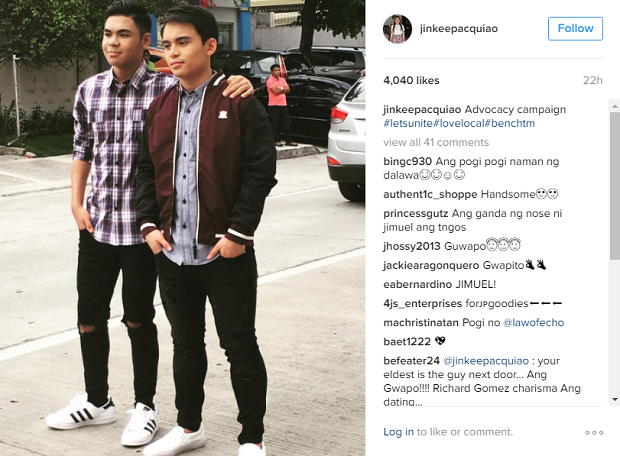 It looks like the sons of Filipino boxing icon and Senator-elect Manny Pacquiao are enjoying their fair share of fame as they try their hand in a career different from that of their father’s.

Pacquiao’s wife Jinkee on Tuesday took to Instagram to share pictures of their sons Jimuel and Michael’s photoshoot for a local clothing brand.

Jinkee, who was in the location shoot, said the pictorial was part of an advocacy campaign of Bench.

“Stage mom. Lol. I enjoyed taking pictures of my son,” Jinkee wrote. “Blessed mom here! The Lord will guide you and protect you, my son.”

In a report by ABS-CBN entertainment site Push, Pacquiao was quoted as saying that he was proud of his sons entering the modelling world, but noted that entering showbiz was a different matter.

“Hanggang modelling lang muna. Number one ang education (Modelling would be enough for now. Education must be number one),” Pacquiao said. YG/CDG/rga