Due to iffy weather, Miss PH Earth coronation night to be held at UP Theater | Inquirer Lifestyle ❮ ❯ 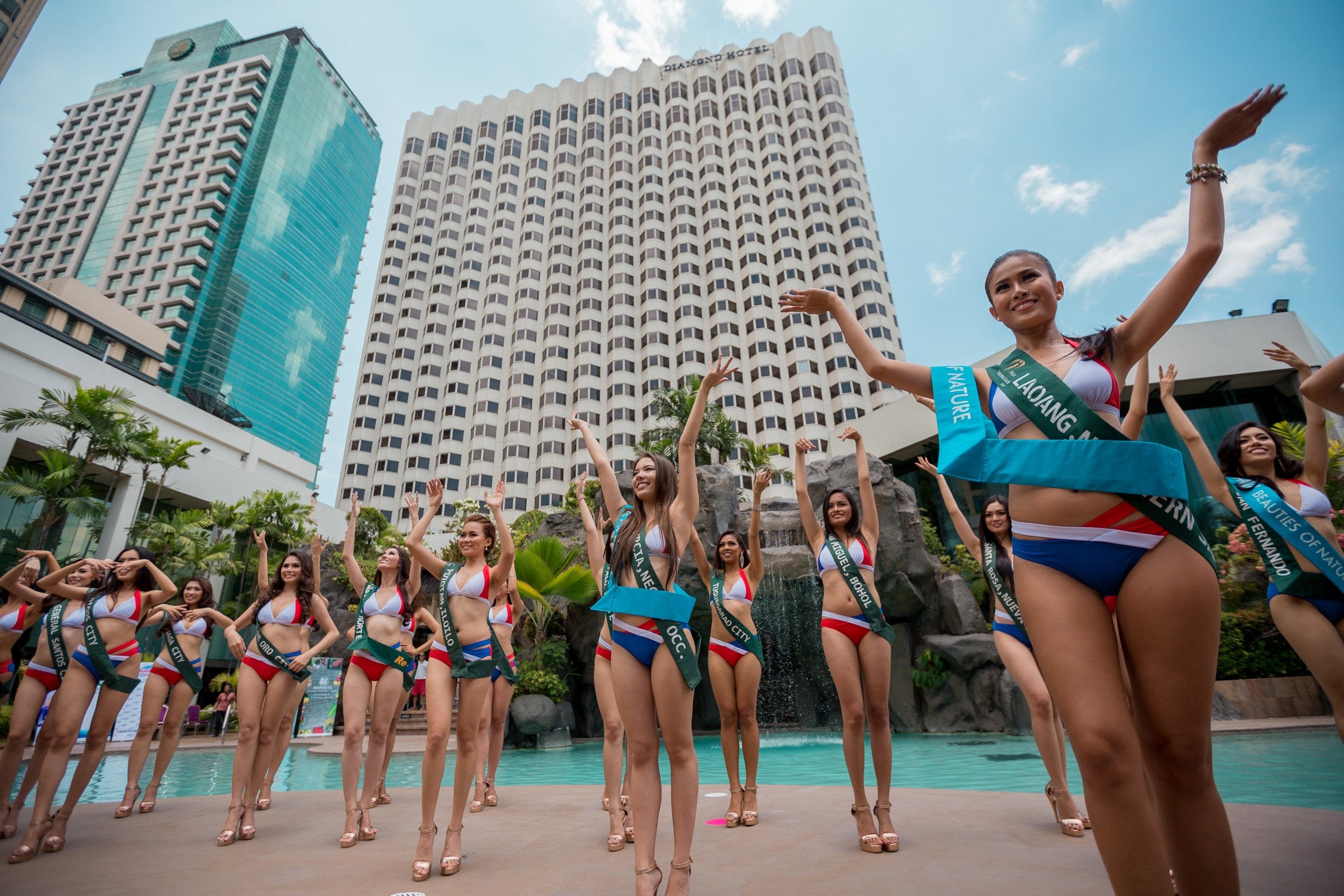 Miss Philippines-Earth candidates pose for a photo at Diamond Hotel in Manila. 48 aspiring environmental beauties will compete for the crown on June 11 at the University Theater in UP Diliman. JILSON SECKLER TIU

Due to iffy weather, Miss PH Earth coronation night to be held at UP Theater

The Aguinaldo Shrine in Kawit, Cavite, was initially set as the backdrop for this year’s Miss Philippines-Earth coronation night, but the unpredictable weather prompted organizers to move the ceremonies to a covered venue, ditching the open-air set which would have adhered to the contest’s “Independence Day” theme.

Peachy Veneracion, project director of pageant organizer Carousel Productions, told the Inquirer during the pageant’s final talent competition at the Green Sun Hotel in Makati City last week that the pageant night will now be staged at the UP Theater in the Diliman campus of the University of the Philippines in Quezon City, because they do not want to take a chance with the risk of having rain on June 11, the date of the final competition.

The Philippine Atmospheric Geophysical and Astronomical Services Administration (Pagasa) already announced in May that the country’s wet season has begun.

But the contest will still have a patriotic theme, organizers confirmed.

During the press presentation held at the Diamond Hotel in Manila last month, the 46 representatives from around the country and from overseas Filipino communities paraded in swimsuits created by Filipino designer Ricky Abad.

The swimwear also carried the colors of the Philippine flag.

Carousel Productions Executive Vice President Lorraine Schuck also told the Inquirer that the dances and the music will be purely Filipino, with elements of folk songs.

“The hosts’ spiels will also be in Filipino,” she added.

They will be joined in by 2014 Miss Earth Jamie Herrell from the Philippines.

Jamie is one half of the Philippines’ historic back-to-back winners in the global tilt. Last year’s winner, Angelia Ong, is also from the Philippines.

With the twin wins, the Philippines is now the best performing country in the 15-year-old international competition with three titleholders. The first Filipino winner, Karla Paula Henry, was crowned in 2008.

Angelia confessed to the Inquirer that her victory has somehow added pressure to the country’s next representative.

“I think our back-to-back win attracted more beautiful women. I may have brought a little bit of pressure, but I hope I was able to inspire more ladies to really get up and stand for the environment,” she said.

As part of the committee which screened the applicants, Angelia said she looked for “someone who has the fighting spirit.”

She explained: “That’s important. After all, it’s a competition. The person has very big shoes to fill. People will tell her a ‘three-peat’ will not happen. So we need a strong woman who will tell us that we can do this.”

The 2016 Miss Philippines Earth finals night will be staged at the UP Theater on June 11 at 6 p.m.