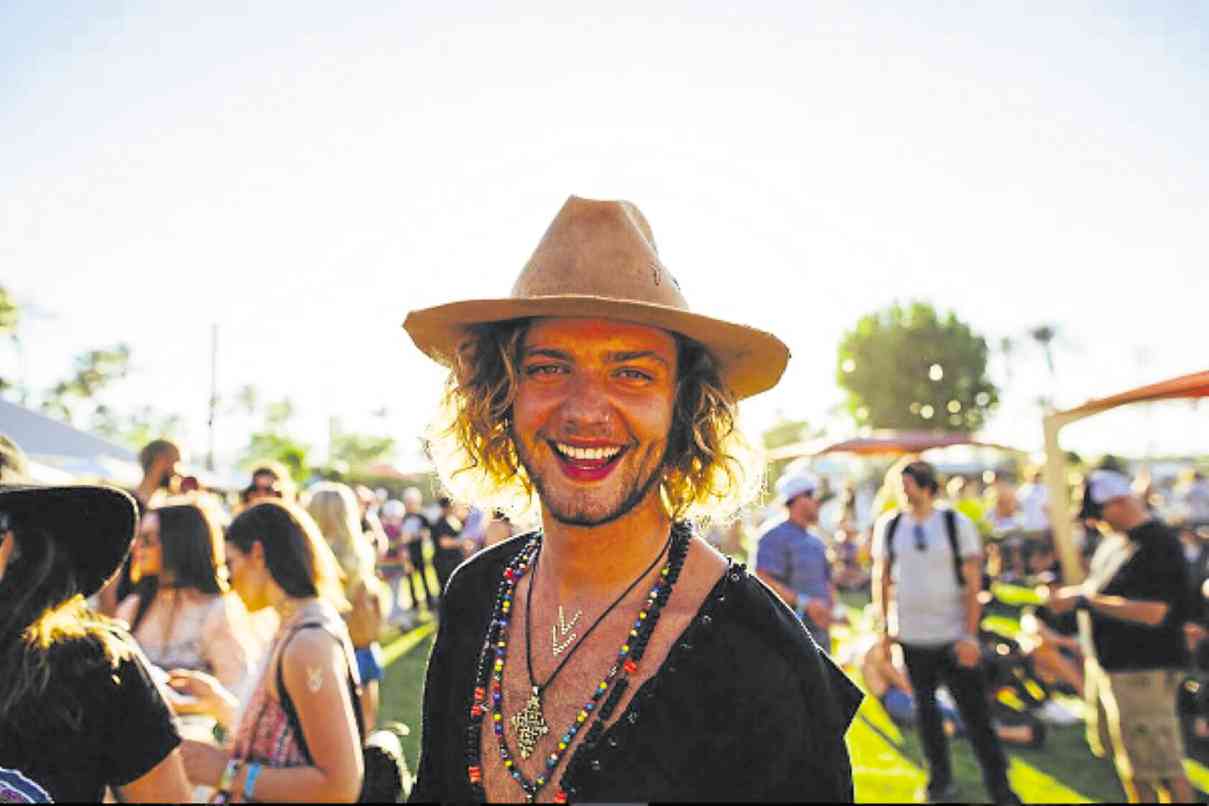 Hanging out backstage at Coachella

AT COACHELLA 2015, DJ Thomas Jack appeared at The Do LaB Stage as a surprise performer and delivered an unforgettable set.

The Australian tropical house DJ has become popular in the music scene worldwide with such hits as “Rivers” and “Symphony,” to name a few.

With his magical remixes of classic favorites, he never fails to keep the crowd singing and dancing along.

Jack was also in the lineup of Coachella 2016, at the Sahara Stage. Inquirer To Be You was there, too, and caught up with Jack for a short chat.

What was your life like before becoming a DJ?

I used to milk cows, and that’s it! (Laughs.) But I was always making music. I’ve always loved creating music since I was 13—dance music, acoustic music. Then I thought, how could I really make this myself? I would play the guitar and stuff like that, but I wanted to learn more. So, while growing up, I was trying to figure out how to do it. I never thought that I would actually do something like this.

What inspired you to lean toward tropical house, among all music genres?

I think it was a mixture of stuff like the label Innervisions by Ame and Dixon. They’re a little more dark, underground stuff. A lot of that has been my favorite type of music. I’ve drawn a lot of inspiration from them. I also like Jack Johnson, acoustic stuff like that. I combined different influences between everything, and then it just came together—whatever was in my head is what I tried to create.

How do you see your music transforming in the next five years?

I think it will evolve more to stand out from different genres and stuff like that.

I don’t always want to be doing the same thing. Overtime, your passions change. Like the food you might like—it changes. It changes all the time. Why should I do or make the same music I was making three years ago? Now, even though people really like it, I want to show them more. I want to show people that I’m capable of doing more than just doing one thing.

Would you be open to perform in the Philippines again in the near future?

I actually played there once! In Soul Surf! Yeah, I was there!

How about coming back, though in a bigger production?

A hundred-percent yes! I love that place!

What’s it like performing again in Coachella, but this time on a bigger stage?

It was really cool. I don’t think it really hit me until I went and saw all the other artists perform. I was in the crowd and I was like, “Holy sh*t, that’s what I do!” It’s really cool ’cause I’m like, “Wow, this is a really stressful thing!”

But just now you really forget what you’re doing, like when I was just hanging out with my friends and stuff like that, watching people. So it is really cool because now I get that and I understand that.