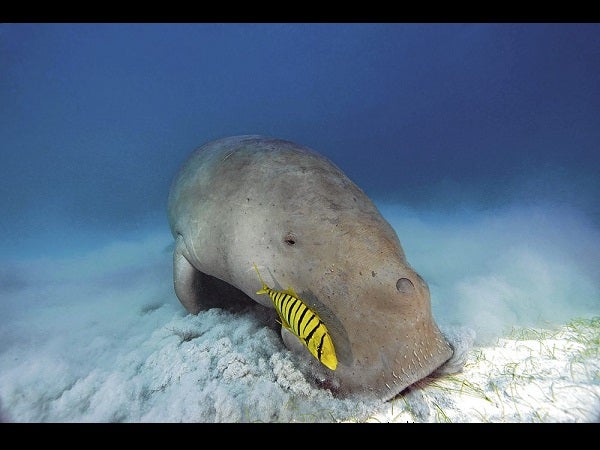 Coron: Alone in paradise –with Pedring 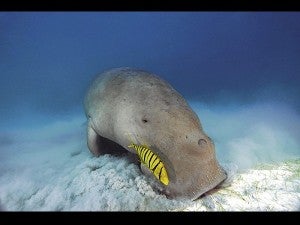 Welcome to Paradise,” said Dirk Fahrenbach to me with a smile—a wonderful welcome, except that at that moment, as we stood in front of Dirk’s well-equipped Dugong Dive Center at Club Paradise Resort on Dimakya Island in northern Palawan, Typhoon “Pedring’s” violent howls were drowning out the conversation.

Still, Dirk, a veteran dive instructor originally from Cologne, Germany, who has been running his dive center here since 1997, was cool and relaxed. “Oh, go check out the house reef. It won’t be a problem at all.”

I was here for some solo diving and recharging, but I had begun to wonder if it was a bad idea when my flight into Coron, Busuanga, was ominously turbulent. Turns out that ours was the last flight that got in before Pedring hit and the airport closed. I had remained hopeful for some sun during my pleasant ride from the airport to the Pangarawan River, where a big, comfy boat filled with towels was waiting, and I could see lovely Dimakya in the distance.

Then it had begun to pour. By the time I landed on the dazzling white private beach, the solitary (crazy?) guest, I was drenched in my parka.

Still, after I had eaten and checked into my comfy little beachfront cottage, with its fabulous view of the sea, Marvin, my divemaster, asked what time I wanted to do my first dive. Yup, life goes on in paradise. 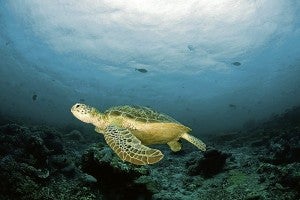 Club Paradise has been around for over 20 years, so they’re obviously doing it right—and that includes existing in harmony with nature. In fact, only about 25 percent of the 19-hectare island has been developed for the resort. You can still hike up to a lookout and look out for a resident eagle, search for critters in a protected mangrove, and have hefty monitor lizards nonchalantly crossing your path in the middle of the day.

Within a couple of hours of my arrival, I had geared up and walked into the water to see the island’s famous house reef. “We have regular visitors who just stay here and dive the house reef all the time,” Dirk says.

He recounts how he had been running a dive facility in the Maldives for seven years when he was invited to set up in Dimakya.

Coming in for a meeting, he had time for only one dive—and saw five turtles, a school of jacks, and a dugong or sea cow. “That pretty much sealed the deal for me,” he says with a laugh.

The charismatic, endangered dugong (Dugong dugon) is the flagship animal in this part of Palawan, and although I didn’t see one—maybe they got spooked by Pedring, too—Dirk says they get visited by one every month, feeding on the seagrass and staying anywhere from half a day to two days. 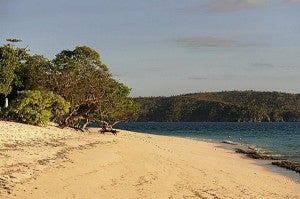 These gentle, adorable animals, which can grow up to three meters in length and weigh some 400 kg (you would, if you ate 30 kg of food a day!), were the focus of a conservation project of the Kabang Kalikasan ng Pilinas (KKP, now the World Wide Fund for Nature-Philippines) from 1995 to 1997.

In fact, the dugong has brought Dirk not just adventure, but also love; he met his Filipina wife Janet Uri on Dimakya, when she was working on the project for KKP.

About four different individuals—including a friendly male named Paraiso—regularly visit Dimakya. And with his evident bias for ecotourism, Dirk runs his popular dugong-watching tours, where people sit for a briefing before taking off on a comfortable boat to island-hop, in search of the creature. The probability of seeing one: A high 82 percent, according to Dirk’s records. And when they do spot one, nobody moves a muscle while the animal is feeding. In between sightings, those on a dugong-watching tour can snorkel or squeeze in a dive or two in some nearby sites that Dirk and local divemasters have discovered, some one to two hours away by boat. Divers staying longer can book excursions to the Apo Reef Natural Park in Mindoro, only about three hours away by boat.

Back to my first dive: Beneath the churning waves, the water was warm, quiet, and current-free, a true escape. In 45 minutes, going no deeper than a leisurely 65 feet, we spotted a green turtle with hitchhiking remora—Club Paradise’s beach is a nesting site for green turtles—as well as several blue-spotted stingray and some of the biggest jawfish I had ever seen, peering from their holes on the ocean floor. It was a great return to the water.

The next day, Pedring had turned the deck chairs on my veranda upside down and thrown my slippers several meters away. I imagined what chaos was happening in Manila while I sat and watched as neighboring Coron Island played peek-a-boo behind the storm clouds.

I had forgotten how a stressed-out city person could actually sit and stare at the waves for hours, between napping, reading a good book (no cable TV here, yipee), writing in a journal, and occasionally getting driven by hunger pangs to the buffet table. 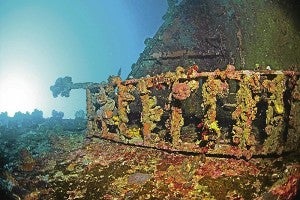 The best part was, the staff was friendly and attentive, but knew well enough to leave a guest alone. The housekeepers even walked by more quietly when they saw me standing on my head on my veranda!

By the late afternoon, it had cleared enough for a walk on the beach, and a favorite childhood game: Sitting on the shore and waiting for the waves to rush in and push you around. Even the worst of Mother Nature’s tantrums can look beautiful in a place like this.

The next day, finally, a shy hint of sun, and Marvin was raring to take me to another of Coron’s main diving attractions: A shipwreck. For scuba-divers, Coron is shipwreck heaven, with several World War II Japanese supply ships enticing one to explore in the waters between Busuanga and Coron Island.

Some time before dawn on Sept. 24, 1944, American fighter planes had bombed and sank several of these ships, which had taken refuge from the fighting in Manila, in the Battle of Coron Bay. Several have been discovered and are accessible to divers for a real underwater history lesson. “Wreck diving is like entering an underwater museum,” says Dirk. 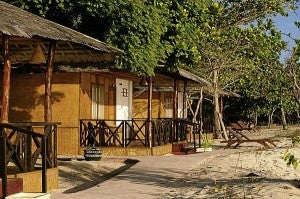 One wreck, however, the “Kyokuzan Maru,” seems to have found itself on the other side of Coron. It’s at 140 ft at its deepest, close to Dimalanta Island (thus, it is also called the Dimalanta Wreck), in a protected cove only about half an hour by boat from Dimakya. The location makes the water so much clearer, Dirk promised. With some light rain still falling, Marvin and I got on the comfortable 16-m boat “Tashina” to head for the site.

Although it requires the presence of a buddy, diving, too, can be a thoughtful, meditative undertaking, especially in a small group, as you can get lost in your thoughts, marveling at what you see, soothed only by the sound of your bubbles. I wound up my stormy island getaway floating in and out of the wreck’s many corridors and portholes in the quiet depths, shadowed by a big, friendly batfish who seemed to be reminding me: Hey, storm’s over. Life goes on.