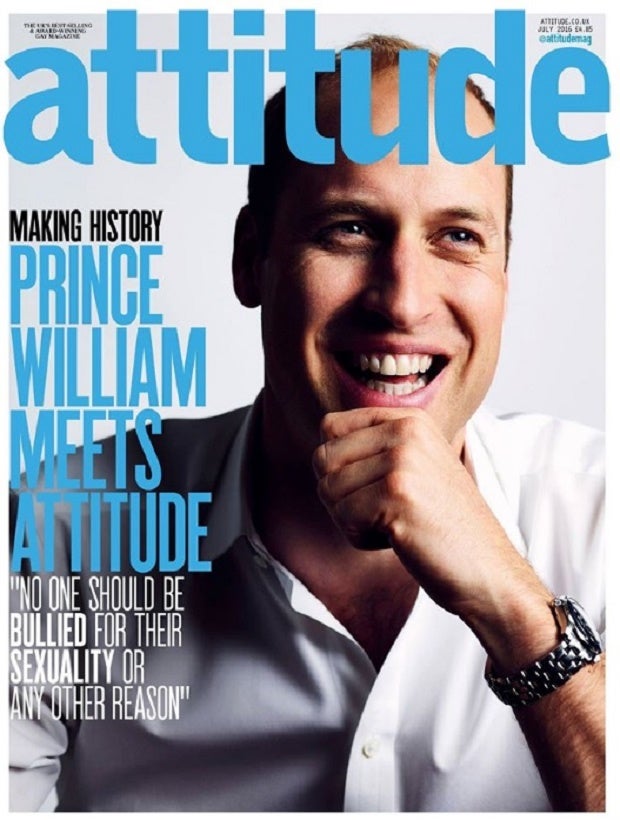 Prince William has made history after becoming the first member of the Royal Family to grace the cover of a gay magazine.

He is on the July issue of Attitude magazine where he can be seen smiling while wearing a white shirt.

The Duke of Cambridge was even quoted as saying: “No one should be bullied for their sexuality or any other reason.”

In an article by The Guardian, it was said that he invited Attitude to bring members of the Lesbian, Gay, Bisexual, Trans, Queer/Questioning (LGBTQ+) community in Kensington Palace to hear their experiences and discuss the impact on mental health.

The Duke and Duchess of Cambridge and Prince Harry lead the Heads Together campaign which seeks to end stigma on mental health.

Attitude editor Matthew Todd was quoted as saying: “During my time as editor I have met parents whose child has taken or lost their life after being bullied for being LGBT+ or just perceived to be LGBT. I am very happy that the future king of the UK agrees this must stop.”

The cover went to the press days after the shooting of 49 people in gay club in Orlando, Florida, considered the worst mass shooting in recent history in the US. AJH/CDG