Heat, not coffee, may cause cancer | Inquirer Lifestyle ❮ ❯ 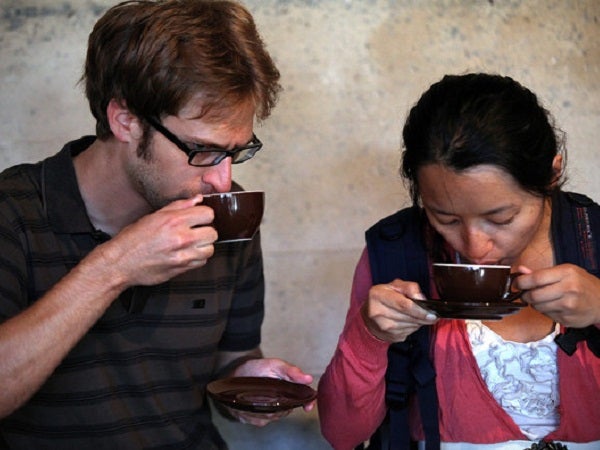 Heat, not coffee, may cause cancer

Switch to an iced latte then.

Coffee poses no cancer risk; it’s the extreme heat of the beverage, or any other drink for that matter, that may be dangerous when drank, according to an international working group of scientists convened by the World Health Organization (WHO).

The scientists concluded that coffee should no longer be considered a carcinogen. It however found limited evidence that drinking very hot beverages could cause esophageal cancer.

“[It is suggested] that drinking very hot beverages is one probable cause of esophageal cancer, and that it is the temperature rather than the drinks that appears to be responsible,” said Christopher Wild, director of WHO’s International Agency for Research on Cancer.

Wild said the working group found no conclusive evidence of a carcinogenic effect from drinking coffee.

The WHO cited studies conducted in places like China, Iran, Turkey and South America, where coffee and tea are traditionally drank very hot.

The findings suggested that the risk of esophageal cancer increased with the temperature at which the beverage was drunk.

“Smoking and alcohol drinking are major causes of esophageal cancer, particularly in many high-income countries,” according to Wild.

“However, the majority of esophageal cancers occur in parts of Asia, South America and East Africa, where regularly drinking very hot beverages is common and where the reasons for the high incidence of this cancer are not as well understood,” he said.

The WHO said esophageal cancer is the eighth most common cause of cancer worldwide and one of the main causes of cancer deaths, with 400,000, nearly five percent of all cancer deaths, recorded in 2012.

The WHO said the number of esophageal cancer cases that could be linked to drinking very hot beverages was not known.