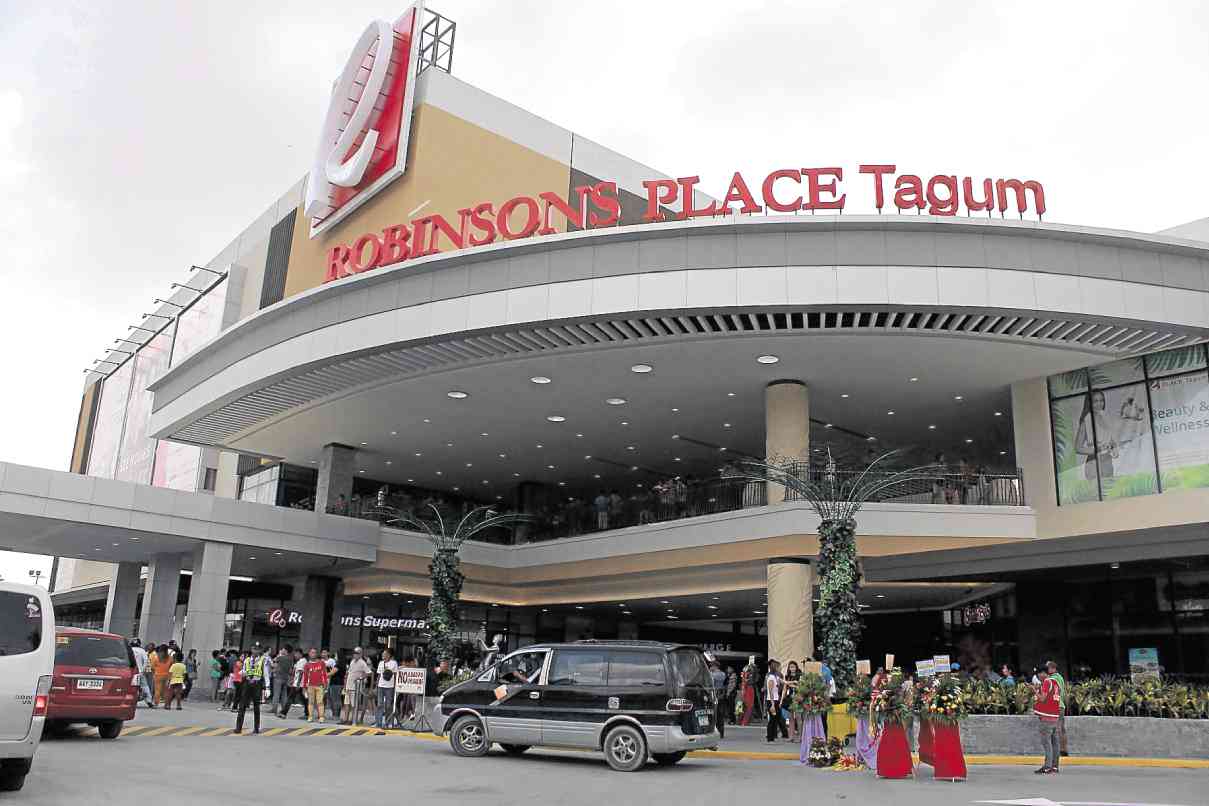 Tagum City gets a ‘real’ mall

TAGUM City in Davao del Norte is well over an hour’s drive from metro Davao but it is shaping up to be one of the busiest.

New businesses are sprouting up on either side of the wide, palm-lined avenue leading to the city. It also has one of the densest student populations in the province.

The city now has  the fifth Robinsons mall in Mindanao.

A four-story mall with a combined area of over 65,000 sqm  is anchored by the chain’s signature stores including the department store, supermarket, South Star Drug, Handyman, and Robinsons Appliances as well as Daiso Japan and Toys “R” Us.

“We really want to open in top-market areas that are not yet saturated,” Derrick O. Candelaria, lease director for new malls (commercial center division) told the press who flew in for the opening.

There’s a Robinsons Cybergate branch in Davao City but it is much smaller with only a supermarket and a few food stalls on the ground level.

The tenant mix at Robinsons Place Tagum has  big brands like National Bookstore and local apparel like Bench, Penshoppe, Oxygen, For Me and Regatta.

For “pasalubong” shopping, tourists are directed to the Davao del Norte Pasalubong Center, which has local delicacies such as roasted peanuts from Iligan and dulce crema spread from Mama Evie’s.

“The residents here really enjoy eating out,” said Lourdes T. Alano, vice president for corporate lease department. “In fact, days before we formally opened, fast-food chains like Shakey’s and Jollibee were packed with families and big groups. Many  wanted to be the first to post pictures of the mall, especially of the male figure in front holding up a durian, a fruit closely identified with the city.”

It’s not just the Durian Man that has been getting a lot of exposure on social media.

There is a food court and a selection of stand-alone restaurants offering local favorites such as Azon’s Boneless Lechon and organic goat meat dishes like caldereta and kebabs from The Goat Kitchen.

A popular Filipino food joint that originated in Cebu, Kuya J, opened its first branch in the city at Robinsons Place Tagum.

“One of the best comments I’ve heard so far describing Robinsons Place Tagum is that it’s a ‘real mall’ with a wide selection of tenants,” Candelaria said.