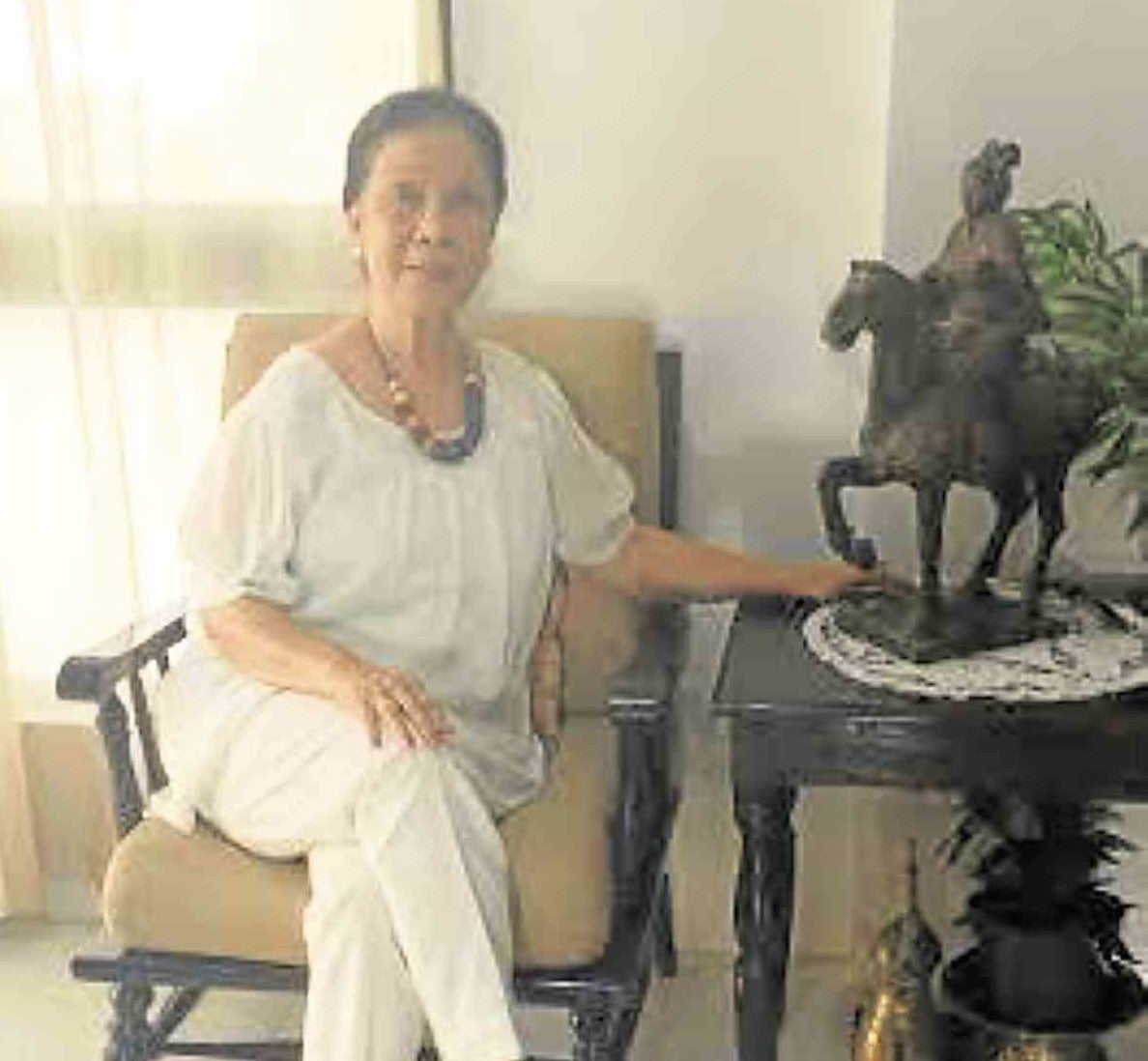 TITA Radaic in her Antipolo home

In a modest house in Antipolo overlooking Metro Manila, dance great Tita Layag Radaic has a treasure trove of memories enough to last her a lifetime.

In her living room is a picture of her only daughter Sofia and her German husband. In a drawer are letters of her former students expressing gratitude for initiating them into a life of dance.

Another bundle of envelopes contains letters from dance icons such as England’s Dame Margot Fonteyn.

Asked by this writer who’s from Bicol if she was in the ballet group of Anita Kane who danced in Catanduanes in the late ’50s, Radaic replies, “Yes.”

It was when this Bicol lad and other Catanduanes folk had their first glimpse of ballet on the island.

Kane is from New Zealand, but she was raised in the Philippines. According to dance chronicler Steve Villaruz, Kane was the pupil of the Russian expatriate Katrina Makarova, who was one of the few who helped pave the way for classical ballet in the Philippines, along with Lubov Adameit (she inspired National Artist for Dance Leonor Orosa Goquingco), Kay Williams and Mara Selheim.

It was providential that Kane was Radaic’s first teacher in the ’50s when the latter danced her first Giselle. Her art was molded not just in ballet classes but also in back-breaking engagements in the provinces where the venues were not exactly ideal for dancing.

“My first Giselle happened at the Far Eastern University (FEU) Auditorium, considered the  Cultural Center of the Philippines (CCP) at the time,” Radaic now says.

“I’d say I belong to the lyrical kind of dancers, not the bravura kind. I was too small for a dancer and the great Alexandra Danilova referred to me as ‘The Little One.’”

Born in the mid 1930s, Felicitas “Tita” Layag Radaic was not just into dancing but into literature and language as well. The Layags loved the arts, from dancing to music, painting to literature.

Radaic is related to the family of National Artist for Music Andrea Veneracion. She is the first cousin of Roy Veneracion who is into painting and his son, Ian, now an actor.

Her brother, Luis Layag, was a dancer-choreographer and one time associated with Germany’s Wuppertal Ballet.

The dance icon still looks young although she will have logged eight decades by next month.

Three major dance companies—Ballet Philippines, Ballet Manila and Dance Theater Philippines—will collaborate on a special production of “Giselle” as a special tribute to her on June 25 at the CCP.

She appreciates the gesture but she is one person not comfortable being showered with attention.

“They are all busy people and just imagining them dropping other important work just for this makes me uneasy,” she says.

“But the thing is we are all bound by dance. Their passion is mine as well. We are all doing our best for dance and for our dancers. In that sense, I find the tribute really meaningful.”

“I think this is the best time as any to be a dancer,” she remarks. “Then you realize what you fought for in the name of dance was not in vain.”

“There were many of them all passionate about dance,” she says. “Among my male students there was Victor Madrona who became an important soloist of Hong Kong Ballet and later asked to participate in an important event in Paris, the Anton Dolin Festival.

“My only daughter Sofia had to cancel her contract with New Zealand Ballet as per order of her doctor,” Radaic adds. “She had kidney malfunction and decided to finish a course in business management at the Ateneo de Manila.”

While pursuing a college course on literature, Radaic was into dancing. After watching Russian dancer Alexandra Danilova at the FEU Auditorium, she thought her dancing life was over.

At that time, she was bound for Spain to finish a masteral course on literature and the Spanish language. She told Danilova she planned to drop dancing to pursue her studies.

The legendary Danilova saw a future apostle of dance in Radaic enough to advise her, “No, you will not stop dancing. I have a friend in Spain who teaches ballet and I will write to her to accommodate you.”

In Spain, she found herself deep into finishing a masteral course and taking advanced ballet lessons. It was then that she found herself under the tutelage of Valentina Kaschubas and later in Paris and London under Xenia Tripolitoff, and Karen Marie Taff.

In Paris, she merely asked to observe but was persuaded to join the class. To her horror, she found out many in the class were soloists in the Paris Opera Ballet.

In London, she was lucky to watch a performance of Fonteyn who had visited Manila a number of times. From her, she received a recommendation to study the Royal Academy of Dancing (RAD) syllabus of which she became the first teacher.

Later in her teaching life, she finished the National Ballet Syllabus with her dance co-mentor, Noordin Jumalon. Over 300 ballet teachers have taken the course and with them, the future of ballet in this country is in safe hands.

Summing up, Radaic’s love affair with dance started with “Giselle,” then teaching and choreographing and then being one of the founders of Dance Theater Philippines, to which she devoted more than 20 years.

A strange episode in the history of dance in the country was the ballet ban in the 1950s reportedly initiated by the Papal Nuncio. Defying this ban meant expulsion from Catholic schools and sanctions from the Catholic Church.

Radaic was lucky she was studying abroad when it happened and she came home just in time to defy it by putting up a ballet school at St. Theresa’s College which exists to this day.

“That was a very daring move and I was supported by the school administrators,” she says. “With that single act of defiance, more dance schools re-opened and ballet was saved from extinction in the Philippines.”

“Dance in the Philippines has really gone a long way,” Radaic says. “There are many dance schools now and many dance teachers using good dance syllabus. My dance life was a whirlwind but I also pursued other interests like literature. I must say they complement each other.

“Dance nourishes your body and literature enriches your spirit. What more can I ask for?”

Ballet Philippines, Philippine Ballet Theatre and Ballet Manila will stage a full-length production of Giselle in honor of renowned dancer, choreographer and pedagogue, Tita Radaic, on June 25, 8 p.m., at the CCP Main Theater, preceded by a matinee performance featuring Ballet Manila at 2 p.m.

The Giselle performances are among the highlights of “Dance.MNL,” a biennial festival focused on uniting and celebrating the Filipino dance community, which runs June 14-26 at the CCP, Aliw Theater and Star Theater. Leading this inaugural event are joint festival directors Paul Alexander Morales (BP), Ron Jaynario (PBT) and Lisa Macuja-Elizalde (BM).