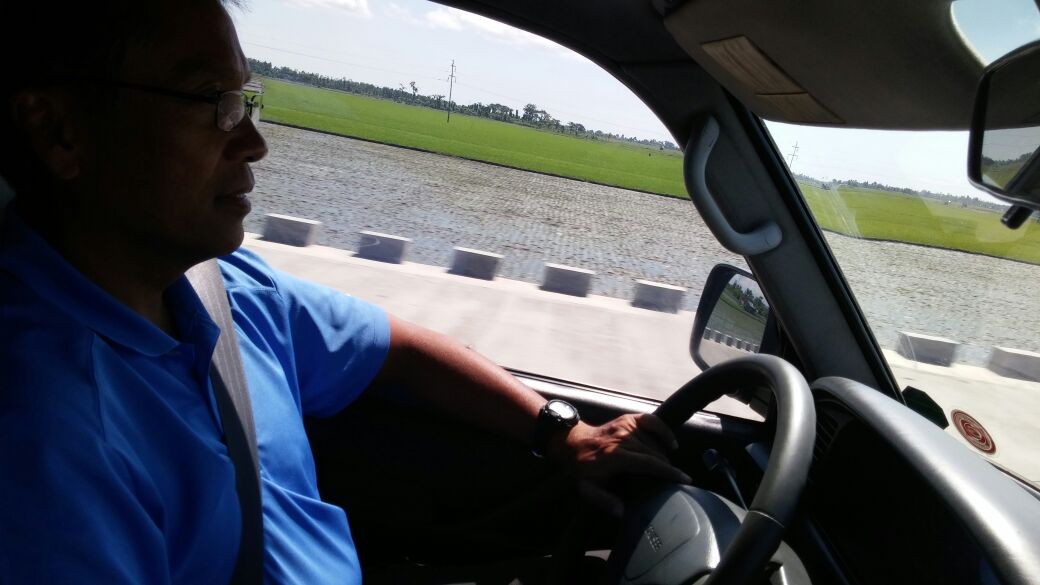 Former presidential aspirant Mar Roxas enjoys the scenery as he goes on a “thank you” tour. PHOTO FROM ROXAS’ TWITTER ACCOUNT

Roxas, who is on a tour of the country to thank those who supported him in the May 9 elections,  posts his travel commentaries on his Facebook page.

The first post about his travels, which he dubbed the  “Thank You Tour,” was on June 14.

Part 1 of the blog talked about his trip to the Visayas, starting in Oriental Mindoro on June 14 to Negros Occidental on June 20 before he headed back to Manila.

He said he visited Capiz, Aklan, Iloilo and Antique on Panay Island before proceeding to Negros Occidental.

He and his friends took a roll on, roll off (Ro-Ro) vessel to Oriental Mindoro on June 14 and documented the trip with a Go-Pro camera and an iPhone.

“Why am I doing this? Well, first of all, gusto ko talaga magpasalamat sa lahat ng nagtiwala sa akin (I really want to thank everyone who put their trust in me),” he wrote in his Day 2 entry.

While in Mindoro, he took photos of Naujan Lake, which is the fourth largest in the Philippines.

From Bulalaco Port, he crossed to Caticlan, Malay, Aklan and then drove to the capital Kalibo and then to Batan town.

In his blog, he offered some tips to travelers taking the Ro-Ro.

“If you take the Ro-Ro from Roxas town in Oriental Mindoro, the drive from the north is faster but the trip by sea is longer. They have a slower vessel so you’ll spend 4 and a half hours at sea,” he wrote.

On the other hand, “if you take the Ro-Ro from Bulalacao in Oriental Mindoro, the drive from the north is longer but the trip by sea is shorter. They have a newer, faster vessel and the trip by sea is only 2 and a half hours,” he said.

From Batan, he proceeded to his hometown of Capiz, titling his post “Home Sweet Capiz, where it all started.”

Roxas said  he was overwhelmed by the response to his blog. One reader sent a caricature of Roxas with a backpack and a piece of paper that read “Tito Mar travels.”

On Day 5, Roxas related how he proceeded to Iloilo from Capiz and then to Antique before going back to Iloilo to meet some friends.

In the entry, he vowed never to abandon his supporters even as a “private citizen.”

“I will never forget.  I will never abandon you.  And I’ll do what I can to serve, even just as ‘private citizen Mar,’” he wrote.

From Iloilo,  he crossed to Negros Island and visited Bacolod City in Negros Occidental, hometown of his mother, Judy Araneta-Roxas, which gave him more than 600,000 votes.

He  shared that his son, Paolo, greeted him on Father”s Day on Sunday while he was in Bacolod City.

On Monday, he met with some members of TSM (The Silent Majority) at Bascon Restaurant at 17th  and Lacson streets here, where he  was asked about his plans for 2019.

Mar Roxas, the Travel Blogger, Will Change Your Perspective In Life