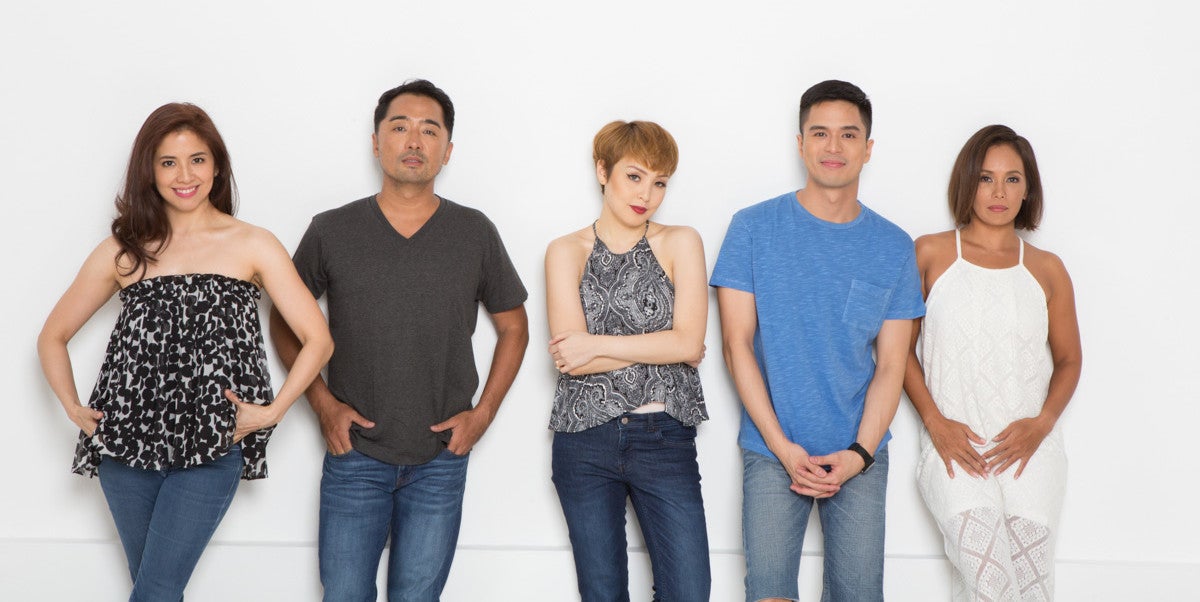 In just three years, Red Turnip Theater has changed the landscape of the commercial theatre scene, proving that the straight play has always been suited to Filipino audiences’ tastes, provided that the content and form are of top-notch quality.

Red Turnip Theater now mounts their most captivating season yet, kicking the Fourth Season off with the offbeat love story “Tribes” and closing it with the sci-fi thriller “The Nether”.

Both plays are powerfully written by the first female playwrights in the Red Turnip roster: award winners Nina Raine and Jennifer Haley, respectively.

Last season, Red Turnip travelled outwards, exploring not only different countries but time and space in the critically acclaimed productions of “33 Variations” and “Constellations”. This year Red Turnip returns to its roots, going back to what it does best: journeying inwards.

In “Tribes”, a deaf young man tries to find his voice in a comically loquacious, anti-sign language family that just wants to make him feel normal.

While in “The Nether,” in a time when the Web has evolved into virtual reality realms one can live in, a detective struggles to keep justice in a world where morality and reality are ever shifting. Both shows, in their own unique ways, explore the self, asking questions such as ‘How do we define our role in our family?’ ‘What is normal?’ And, for that matter, ‘Who is our true self?’

Ana Abad Santos returns to the director’s chair for “The Nether”: “Now that the playing field has changed and more people are following suit, we are getting even bolder–with material, choices, direction, but always having something to say about us Filipinos.”

“Tribes” director Topper Fabregas: “Red Turnip has always made sure to make each play feel immediate to anyone who enters our space, and rooted in the culture we live in. ‘Tribes’ is going to be Pinoy. The material may have been published abroad but once it is interpreted by the actors and given voice by the artistic team, it becomes Filipino. We go a step further by using Filipino sign language in scenes where sign is used.”

With “Tribes”, the company is also reaching out to the deaf community by having select shows tailored to them. “Those shows will be fully surtitled,” says Fabregas, “In addition to that, we’re also excited to see how there may be added or other nuances to the actors’ performances with them knowing they’re playing to a deaf audience. ”

“We’ve been long-time fans of each of these actors,” says Jenny Jamora. “They’ve all done so much good work but there’s that certain performance that got us hooked on each of them: Dolly De Leon in Tatlong Maria, Kalil Almonte in ‘Games People Play’, Cris Pasturan in ‘Titus Andronicus’, Angela Padilla in ‘Stepping Out’, Thea Yrastorza in ‘Battalia Royale’ and Teroy Guzman in ‘Dead Stars’ and now, of course, ’33 Variations’.”

Jamora will tread the boards once again when she joins TJ Trinidad in “The Nether”.

Rem Zamora: “We are proud we’ve made it this far. At the outset we really aimed to build a brand and safe to say we’ve achieved a portion of what we set out to do.”

The company’s mantra has always been “See it. Live it.” And they plan to continue to make good on this for the Fourth Season.

Cris Villonco: “We provide an entire experience. You enter our space (bring in your drinks, of course). We transport you to a different world. You see the faces on stage, and beyond in the audience across from you, and you have a shared experience in that room. When you leave our space, you’ll feel you were a part of something intimate.”

The five actor-producers have created a brand of theatre that is solid in its mission. But through the constancy and consistency, they pride themselves in always evolving, and never settling. Red Turnip Theater voyages into its fourth year, and still they have so much more to say.