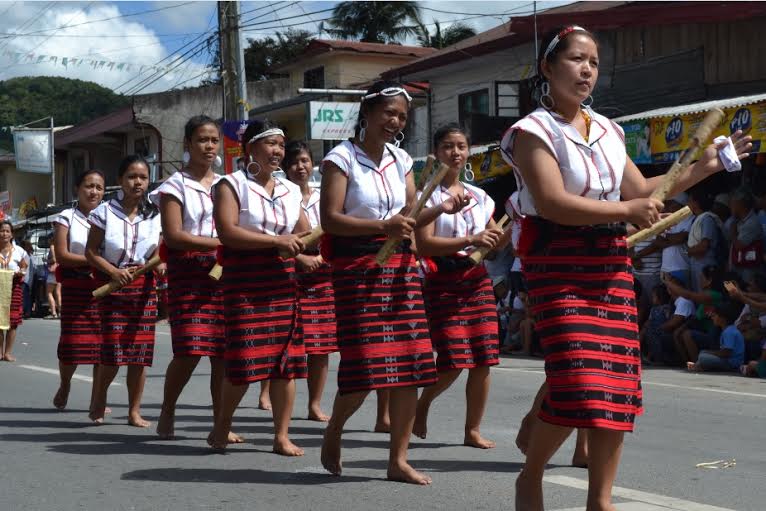 A GROUP performs during the grand cultural parade

TO PROMOTE and properly preserve its rich culture, the province of Ifugao has veered away from the typical ati-atihan-type of festivals. It incorporated in fact more ethnic activities in this year’s Gotad Ad Ifugao, an annual merrymaking which also celebrates its founding anniversary.

This year the province marks its 50th year, having been separated from Mountain Province in 1966.

It also included a cultural extravaganza contest in which shorter versions of each festivals of each town were performed such as the “Imbayah” of Banaue and “Igkumtad ad Majawjaw” of Mayoyao.

The festival featured for the first time the School of Living Tradition program of its perennial supporter, the National Commission for Culture and the Arts, wherein young Ifugaos were taught indigenous performing arts, crafts, and skills by cultural masters.

It also likewise revived the “punhidaan” community lunch, a mass feeding tradition held a day after the “gotad” or merrymaking.

Ifugao outgoing governor Denis Habawel said the province was “purifying” the events for the festival to be more ethnic and for the time to come Gotad would become a celebration of Ifugao ethnicity. He explained this was the reason why this year’s event was “subdued,” with street dancing and non-ethnic sports events removed.

Stressing Ifugao is a living cultural landscape, Habawel said what they would like to refine in forthcoming events would be the festival dances, songs, and applied skills. He explained their elements of ethnicity would be enhanced.

Gotad committee chair Carmelita Buyuccan said the provincial government had also decentralized the festival with activities being held not only in the capital town of Lagawe but in 10 other municipalities.