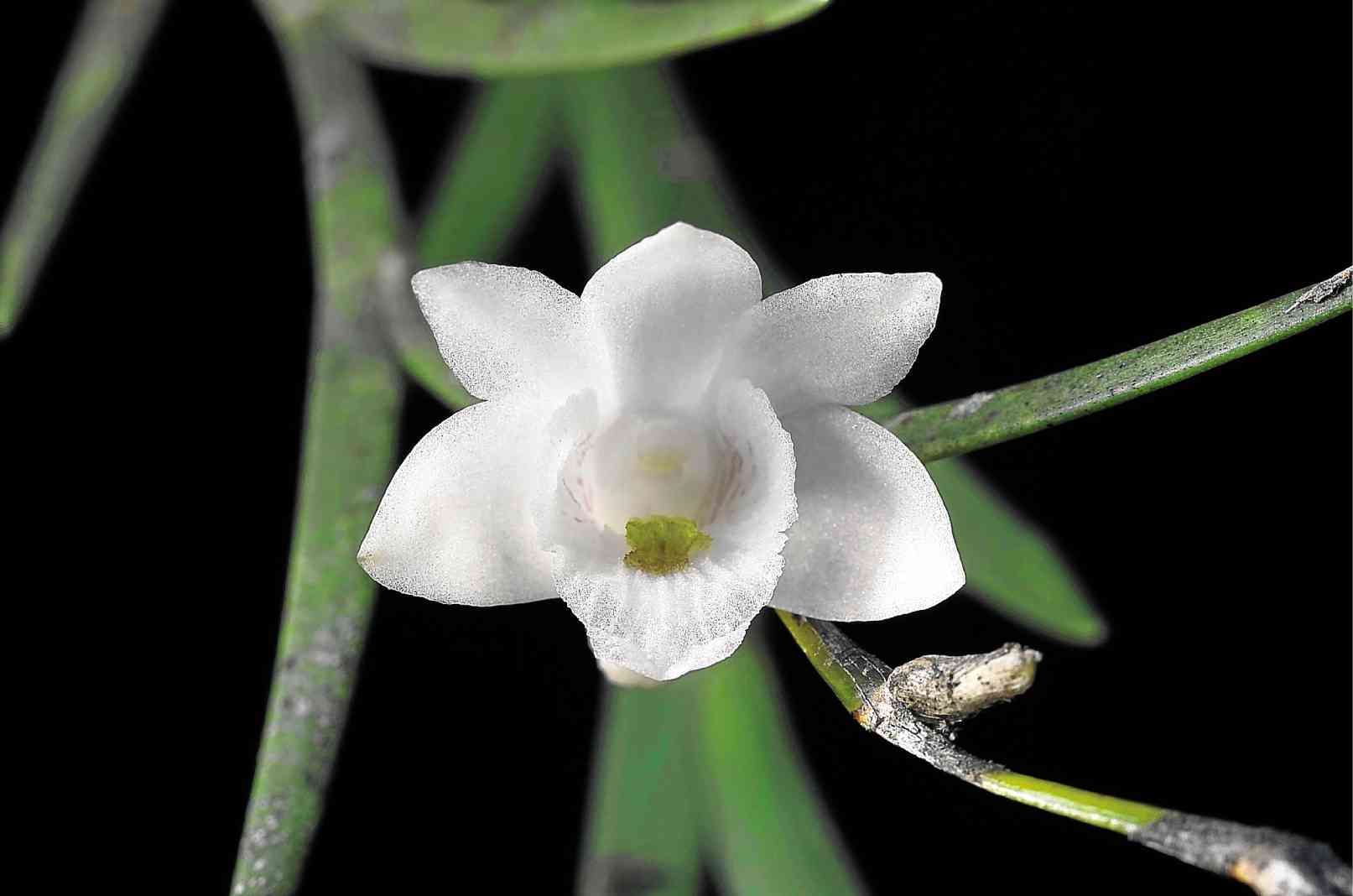 RARE BREED This new orchid named “Dendrobium lydiae” was taken in Bukidnon. Five new orchid species have been discovered in increasingly denuded Philippine mountains, highlighting the need to protect forests in one of the world’s most biologically diverse countries, conservatives said on Friday. AFP

Five new orchid species in the country have been discovered in remote mountains in the country, protected from poaching because of an insurgency in the region, conservationists said on Friday.

The species are found only in Mindanao and have eluded those cataloguing plant life for 200 years, expert Miguel David de Leon told Agence France-Presse (AFP).

Poaching of wild orchids mostly by locals is rampant in the Philippines, with some communities illegally harvesting them without permits for export or to sell them along roads.

But Mindanao is among the country’s areas wracked by one of Asia’s longest-running insurgencies, whereby communist guerrillas retain support among the poor in the farming and mountainous communities.

“The insurgency problem helps prevent poachers or would-be orchid hunters from entering the forests,” said De Leon, a plant and wildlife conservationist who found the species while trekking the mountains of Bukidnon province.

“These areas are very isolated. The terrain is treacherous, accessible only by foot and occasionally, a motorcycle or horse,” he added.

The finds, first published in the German OrchideenJournal this year, include a dazzling yellow bloom flecked with brown spots.

“It is one of the most attractive among members of the genus,” De Leon said.

“(The) other species are red or purple but this really stands out because it’s the brightest shade of yellow,” said De Leon. Australian taxonomist Jim Cootes and Filipino research associate Mark Arcebal Naive named their most vivid find Epicrianthes aquinoi, to honor outgoing President Aquino whose family uses the color yellow in political rallies.

Other species they discovered include a pure white and a red-lipped white Dendrobium, a dark red Epicrianthes, and a green slipper orchid with red stripes.

“We need to preserve what is left because the variation within the different species is so high that it is almost priceless,” he said.

“The mountains throughout the archipelago need to be preserved,” he added.

US-based Conservation International lists the Philippines as among 35 biodiversity hot spots—areas with the world’s richest but most threatened plant and animal life.

Deforestation that plagues mountains across the Philippines also destroys orchid habitats as well as shrubs, fungi and algae that keep the forests alive. TVJ

Tago, a land of falls

NPA still the most potent threat–AFP