A classmate remembers: Noy had to wait alone on the bench outside our classroom | Lifestyle.INQ ❮ ❯ 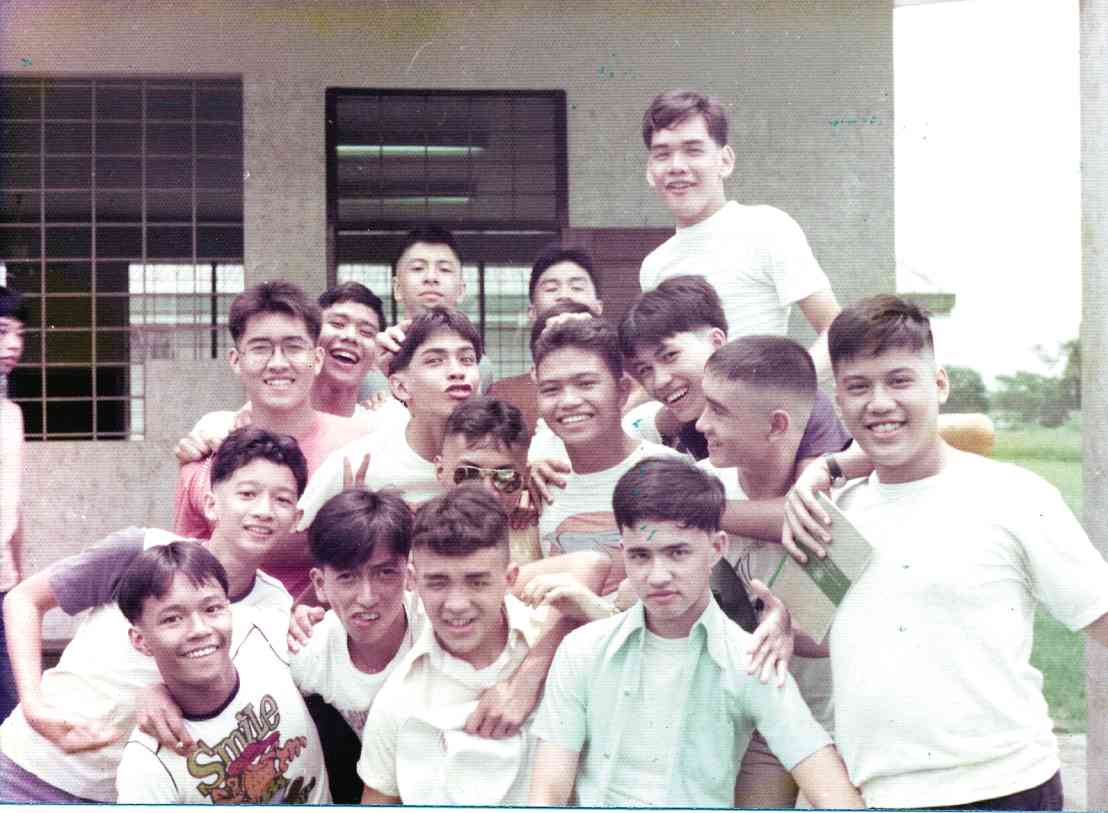 NOY Aquino (far right) in high school: “On the surface it seemed he was living a pretty normal life.” CONTRIBUTED PHOTOS

A classmate remembers: Noy had to wait alone on the bench outside our classroom

IN HIS last address to the nation, P-Noy presented a short documentary telling the story of our country. The point of view is from our generation, as seen from his 13-year-old eyes, the time his father, then Sen. Benigno “Ninoy” Aquino Jr., was unjustly imprisoned.

He told the story of how his father and Sen. José W. Diokno were segregated from the other martial law prisoners and taken to a faraway military camp. His father was deprived of everything, including his toothbrush and eyeglasses—these, together with his wedding ring, were returned to his family with the message: “He won’t be needing these anymore.”

When his family finally was allowed to visit, Ninoy was emaciated, a ghost of his former self. He left the care of the women in the family to his only male child, Noy.

This was around the time I met Noy, when, by accident—I repeated first year high school—we became classmates. I was asleep in class when they nominated, and then elected me, president. I found out Noy was also nominated for the position.

Next year they elected me president again, but for junior year, after I had gone to Spain, Noy became class president and was elected again in senior year.

The write up in our graduation yearbook describing him begins with, “Successor to Ricky Avanceña as Class President…”

Having been closely associated with him in those dark, trying years, my classmates and I felt deeply for what Noy was going through. Not that it gave him a pass from all the pranks, insults and overall clowning around that were normal for teen males in an exclusive boys’ school—he was fair game.

So, on the surface it seemed he was living a pretty normal life. But we all knew the suffering he was going through. At an age when one hates to stand out and wishes to just blend with everyone else, he had to wait alone on the bench outside our classroom while everyone was inside.

The image of the long, empty corridor with empty benches, with one boy waiting for the car which would take him to Fort Bonifacio to visit his father on that one day a week his family could visit—it haunts me to this day.

I organized study groups in Noy’s house, and I remember everyone trying to ditch cigarettes as Tita Cory came into his room to bring us snacks.

When his father was allowed to go home from prison for the Christmas season some years later, I came to visit so I could meet Ninoy. I had to endure getting photographed and registering to fill out forms from the military before being allowed inside the house.

When Ninoy was killed, I went to their house, where his remains lay, the day Noy arrived from Boston. He was devastated, but was holding up well, with a lot of help from the constant stream of people paying their respects.

On the day of the funeral, after the Mass in Santo Domingo Church in Quezon City,   Noy asked me to join him on the flatbed truck that would bring his father to Manila Memorial Park in Parañaque. I was with a group, and we had planned to proceed to Manila Hilton for breakfast, and hook up with the funeral march at Luneta. I told Noy I would join him there.

What transpired next was mind-boggling. Millions of people lined the route of the procession, and the truck and convoy snaked ever so slowly through the grieving throng. It was almost dark by the time they got to Luneta, but there was no way I could come close to the truck.

I saw Noy on top of the truck, beside his father’s coffin, drenched in the pouring rain, but buoyed by the sympathy of the grieving multitude.

When I see pictures of that scene, I say to myself, “I gave up my place in pictorial history for Bloody Marys and a buffet breakfast.”

Ninoy Aquino’s death would spark the beginning of the end of the brutal, bloody Marcos dictatorship that caused a young boy’s father to be imprisoned, put in solitary confinement, sentenced to death by musketry, and eventually assassinated—because Marcos feared him as a political rival.

This was the day Filipinos stopped cowering in fear, the day we said, “Enough!”

If you think this post is as much about me as it is about Noy, you are correct. Because his story is our story. It is the story of the 13-year-old boy who would become President.

And for those who say martial law didn’t happen, or that we were mistaken for throwing Marcos out because he was such a swell guy—well, you are wrong.

(Avanceña is the grandson of former President Manuel Luis Quezon)

DepEd urged to recall textbooks with ‘misinformation’ on martial law