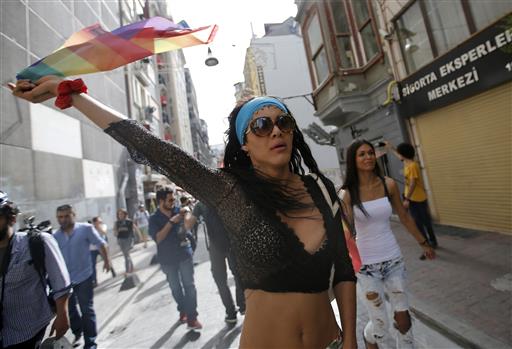 BERLIN — A prominent German lawmaker was temporarily detained at a gay street parade in Istanbul.

The German news agency dpa reported the Green Party lawmaker Volker Beck, an outspoken activist for gay rights, was detained Sunday when he wanted to speak publicly at the end of the gay, lesbian and transgender “Pride Week.”

The news agency quoted Beck as saying, “The police tore away my passport and pushed me around.”

Beck was later released. Dpa gave no further details about the incident.