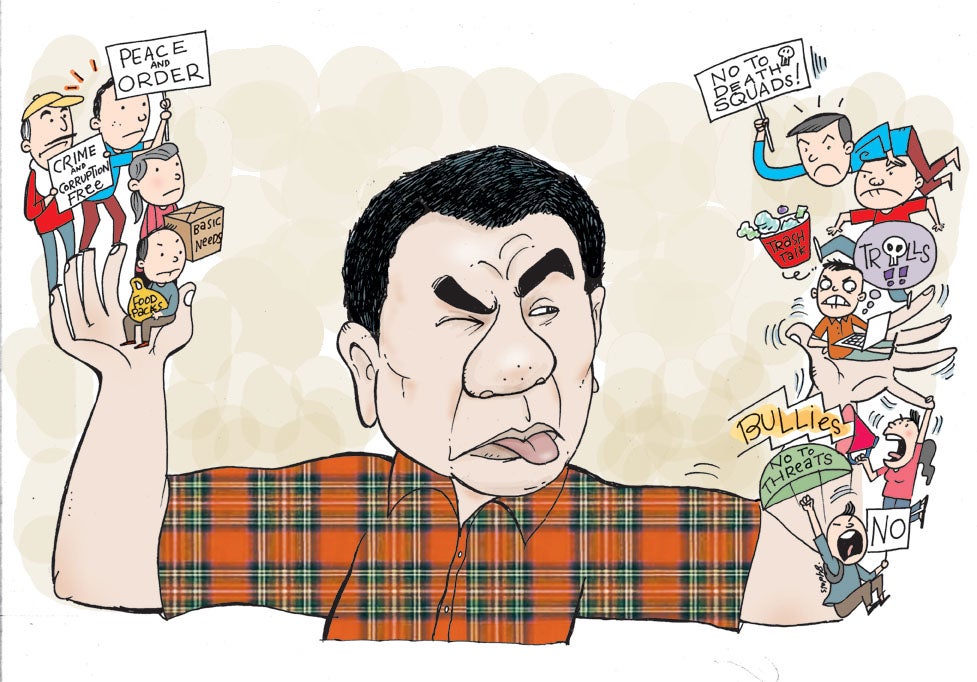 My god, I hate Duterte 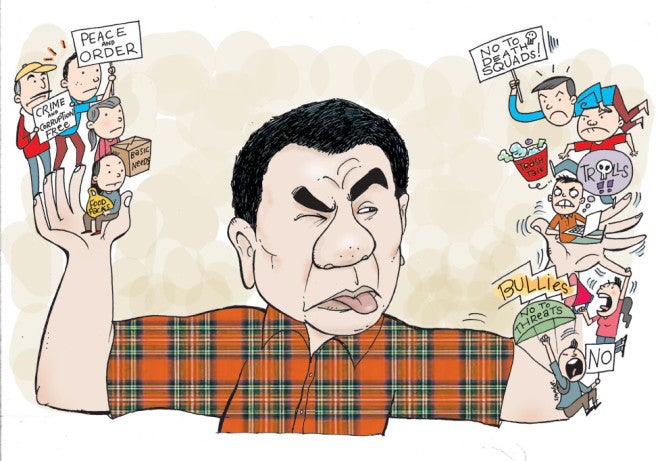 My aversion to President Rodrigo Duterte is probably equivalent to his hatred of drugs.

It all started in 2009, when I first read about the Davao Death Squad in the news, with Human Rights Watch linking the city mayor to the vigilante group. Since then I   never stopped loathing him, and the feeling only grew stronger when he initially dilly-dallied and finally decided to run for President.

Since he comes across as the antithesis of everything I cherish in and about life, you can just imagine how my cognitive dissonance expands each time he spews out preposterous statements in his interviews.

So, I decided to campaign against him online.

Being a staunch anti-Duterte “e-critic” has turned me into some sort of political firebrand, passionately fighting not so much for people to change how they perceive Duterte but for oppositionists to not be cowed into silence. After all, the country is no longer under martial law.

I wasn’t born early enough to have lived amid the terrors of that dark chapter in our history, but seeing how Duterte supporters (both registered voters and not) bullied and silenced my social media friends made me recall some of the horror stories told by my University of the Philippines (UP) professors, many of whom fought the Marcos dictatorship.

Like the searing pain in Harry Potter’s scar whenever he connects emotionally with You-Know-Who, I felt that fire in my belly which prompted me to use my blog (Sankage Steno) to fight the wannabe dictator and his online Dementors.

With blog post after blog post, I attacked Duterte, his radical policies, his campaign backers and his zealots. It was only after I addressed his supporters from UP (“Kayong mga Duterte supporters na taga-UP”) that I finally started appearing on their radar.

As expected, I received ad hominem attacks from their camp, as well as death threats, which sent chills (of pleasure) down my spine.

It is unfortunate that I can’t write their biting remarks here, not only because their expletive and fallacious responses are unworthy of publication, but also because their grammar was so atrocious my editor would either kill my sentences or me.

I felt a tinge of fear for my own safety (and sanity), all right, but for me, it only meant I was doing something right. I carried on, and so did the Dementors.

I still get hate messages from online bashers, and I think they won’t stop as long as telco companies offer free data. While writing this, I received spiteful comments from two of my avid Dutertrolls, one asking me to see a shrink and the other calling me “bakla.” (Take note, I didn’t even write anything against Duterte at the time. My recent post talked about my dream the previous night.)

One thing I learned from having been vocal against Duterte is that opposing him is akin to fighting Akatsuki’s Hidan. Any damage you inflict upon him returns to you, so injuring him will get you injured, as well. The thing is, Hidan is “immortal,” making it rather pointless to attack him.

Duterte critics can attest to this. Attacking him online got them into a quagmire of intimidation and insults that would shame many a stand-up comedian. Even their loved ones were not spared warnings of rape and murder, which is all the more appalling.

But, of course, no one’s really almighty like that—not Duterte nor his rabid followers. (Hidan eventually lost when he relied too much on his immortality. He—or what was left of his chopped-up body parts—was buried “alive” deep beneath the ground to suffer forever.)

So, I’ll let you in on a little secret. Duterte and his blind followers’ weakness lies in their strength: words.

Ergo, you must counter speech with more speech. To keep bullies at bay, stand up to them and fight fire with fire (or free data with free data).

But the trouble with fanatics is that they’re always right, said Lord Varys. Not a problem for me. In expressing my emotions (especially anger and frustration) online, I inject something more into my writings that we, Filipinos, have always used (and that other critics seemed to have forgotten) whenever we find ourselves in times of trouble or great suffering: humor.

In the battle between hate speeches and witty remarks, hands down, wit wins. Therefore, make an effort to be as amusing as you can be in your retort. Or, as a Facebook friend vividly put it, be the Miriam Defensor-Santiago in a world full of Mocha Usons.

However, in capitalizing on free speech (and free data) to call out excesses and abuse of power, try not to be as callous, bigoted, misogynistic and belligerent as Duterte and his minions. Instead, remain prudent and politically correct.

I admit that I haven’t mastered this yet, but I know I’m getting better at it.

To all Duterte fanatics who forgot to pay their brain bill, I give you my consent to put your oral orifice on my posterior.