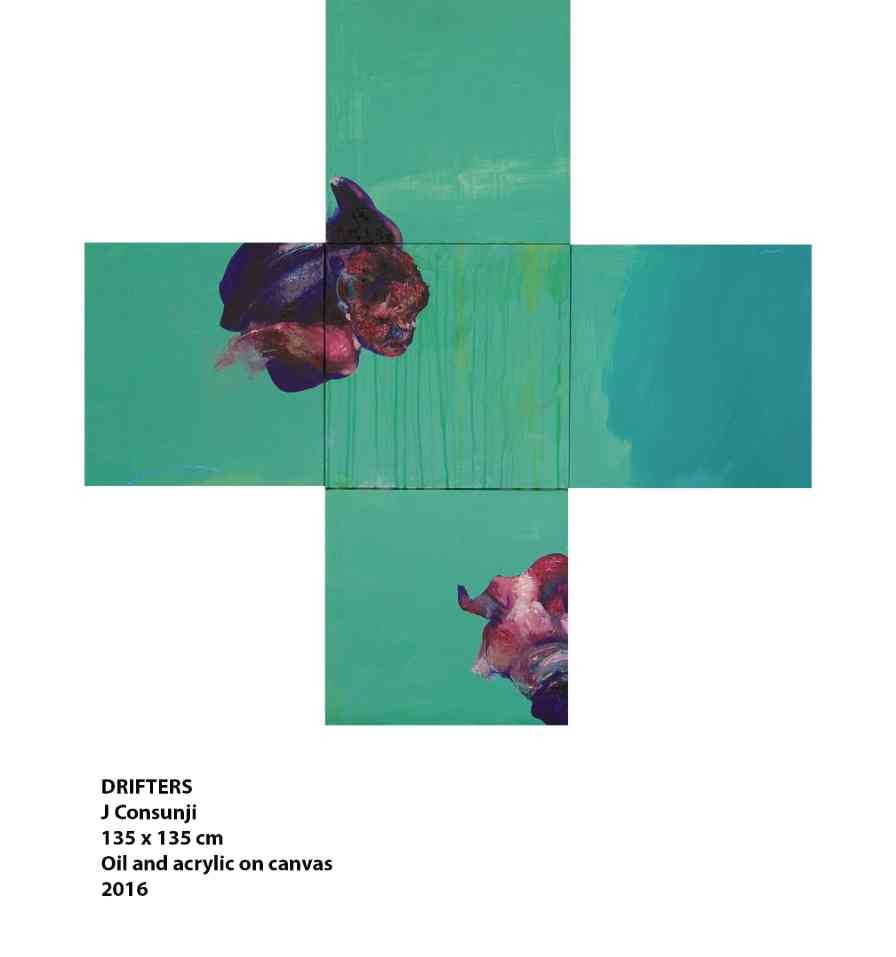 Painting beyond the lines

Painter J Consunji didn’t limit himself to single canvases for his ongoing exhibit in Makati. Instead, he joined anywhere from two to five canvases to form large-scale pieces he then painted on.

The result is “Tropica,” a collection of new works by the artist on display until July 3 at Altro Mondo Arte Contemporanea in Greenbelt 5.

“The idea of the different-sized canvases was to show that these pictures drift in space,” he told Inquirer Lifestyle.

A cross-shaped piece made with five canvases has faceless figures floating on the lower left and upper right portions. They might call to mind cherubim, although he says it’s really open to interpretation.

Oil and acrylic paints are layered on thickly, simultaneously providing color and texture. Instead of continuing an image on the adjoining panel, Consunji makes a clear delineation by using contrasting techniques.

“The joint canvases were really painted at the same time but I like to give the impression that they’re not the same piece, that they just came together,” he said.

Consunji acknowledged he has a penchant for contrasts. In his 2014 exhibit, he kept to square canvases but decided this time to splash out with multiple canvases.

“I like contrasts, I do that all the time. I used a flat color for the negative space on one painting so the image pops out,” he said. “I wanted to give this feeling of being confronted with the pieces, that they aren’t just something you pass by.”

In an earlier interview, he said he begins painting at noon and continues throughout the afternoon. The following day he looks and decides whether a piece needs further painting. 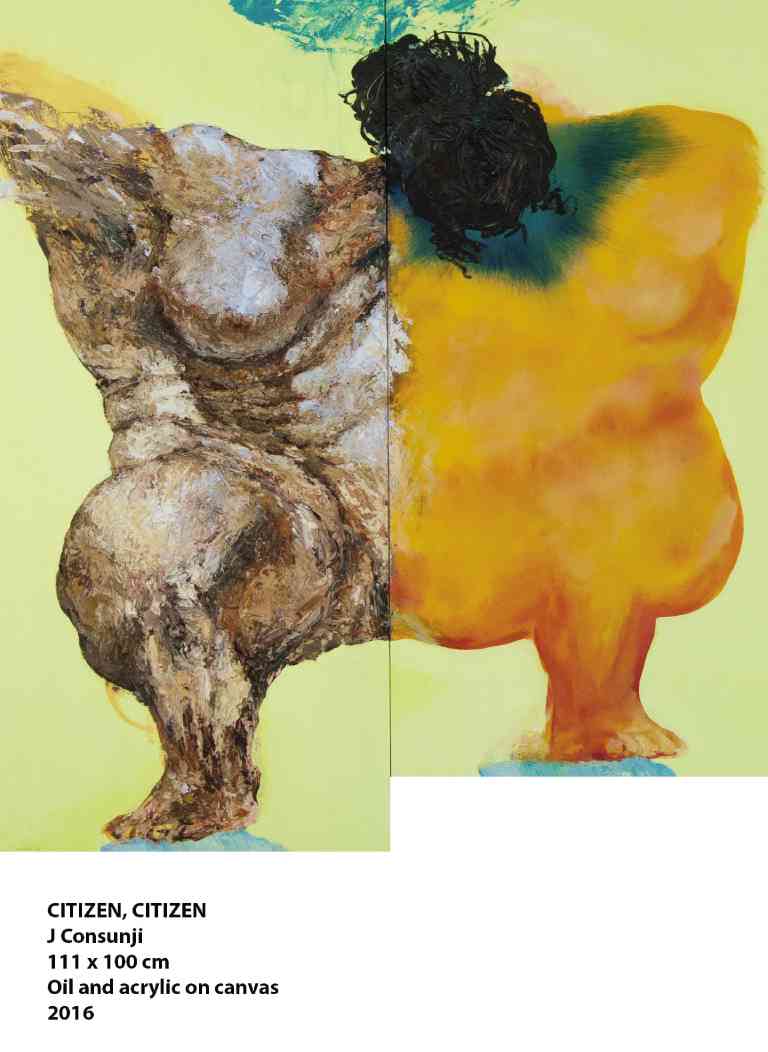 “I try to work on them until they have to be brought to the gallery. I always check if there is still something I could add before it gets to the point of being overworked,” he said.

Before he went full time into painting, Consunji took up Industrial Design at De La Salle-College of Saint Benilde, graduating in 2004.

He then took further studies at Australian National University in Canberra where he graduated with a degree of Bachelor of Visual Arts in 2009.

He recalled receiving positive feedback about one particular painting titled “Youth.” The painting on the right wall of the gallery as you enter consists of two canvases with what looks like a robust tree, its “trunk” thick and textured.

“They say it ‘jumps out’ at them,” he noted. “People who have seen what I’ve done before said they like this new collection with its brighter colors and different shaped canvases. They say looking at the paintings gives them a good feeling. For me that’s a big compliment because I like my paintings to engage in that way.” 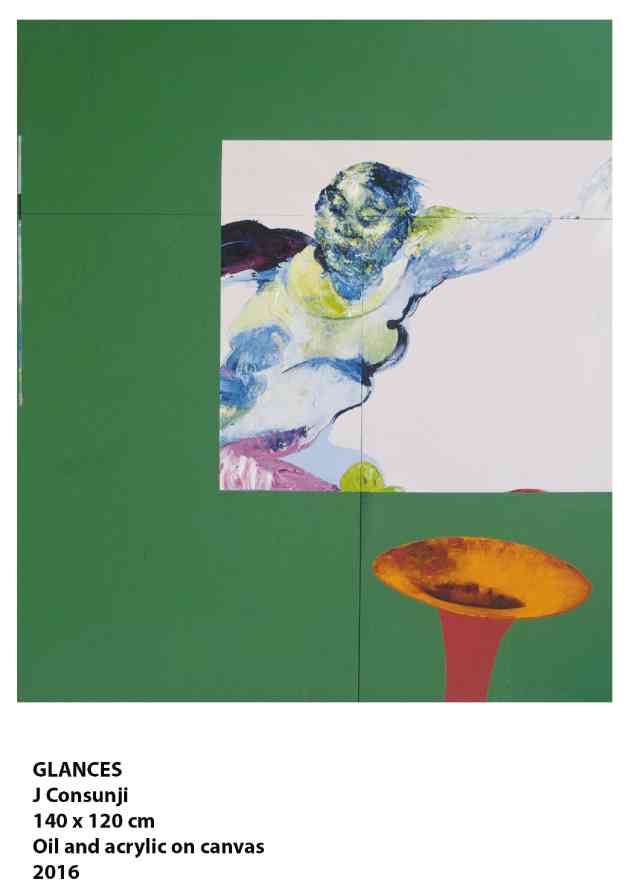