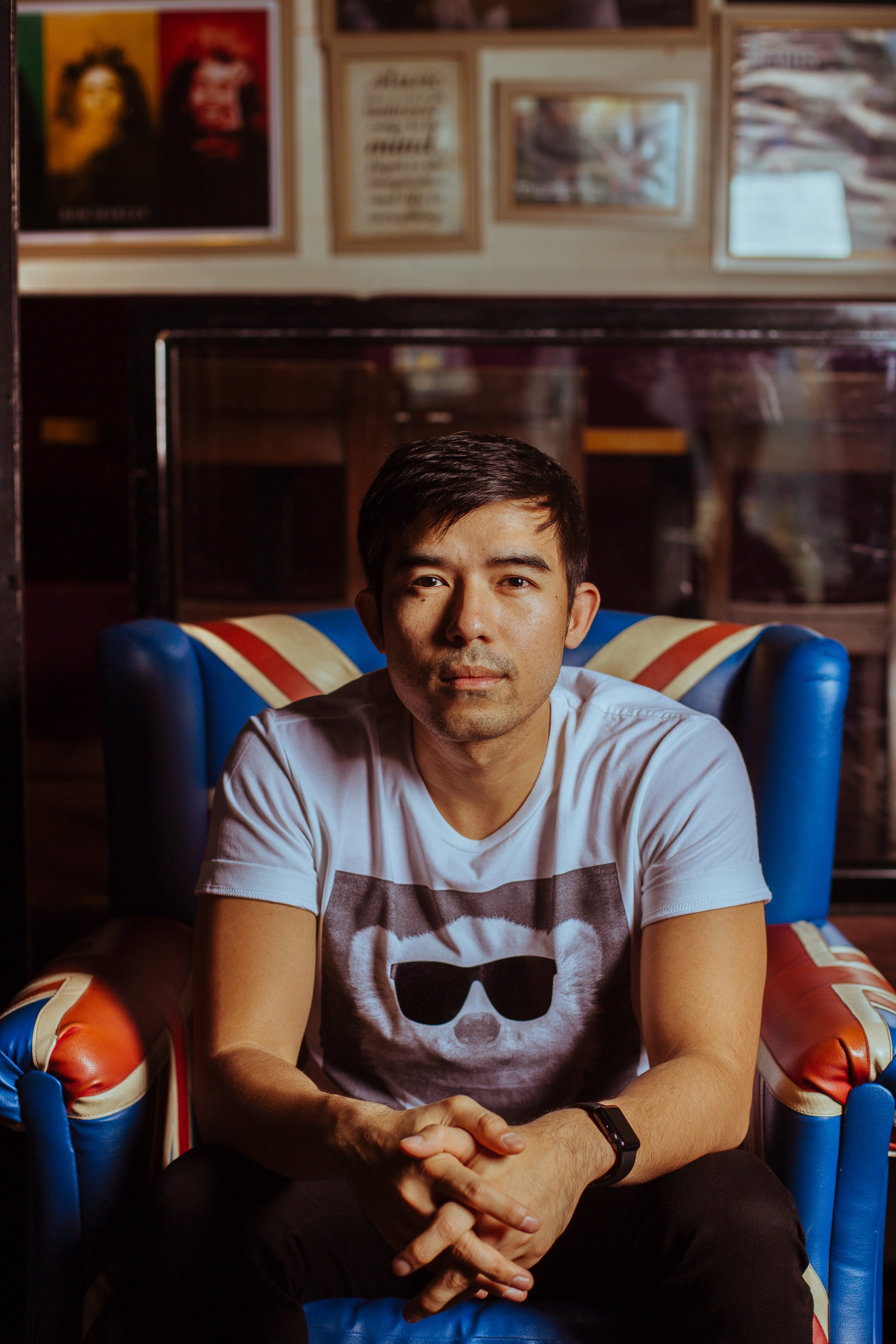 MOMENTS after an epic gig in Ilagan City, Isabela, Champ Lui Pio sat down with Inquirer To Be You and talked candidly about the second coming of his band, Hale.

He also looked back on how he spent his time after the band broke up, even producing and managing young artists.

Champ also discussed the current music scene given the phenomenon of social media and online streaming, especially since Hale has just released a new album, “Time and Space.”

Congratulations on the release of “Time and Space.” Good job!

What was it like to get the band back?

I gotta admit, it was kinda difficult at first because being away for five years, everyone had his own thing. But the idea of playing music together… I guess that really was the selling point. Everyone bought in.

“Time and Space” is an interesting title of the new album. Can you elaborate?

It’s basically what happened to us. We had some time and space from each other, from the scene, to reflect on life and pursue personal endeavors. It’s really about what happened.

You’ve been away for five years, much has changed, especially now that there’s social media and music streaming.

It’s so different now! When we first performed as a band, there was a clear platform on how music was heard and distributed. But now there are many avenues, and it’s a double-edged sword. Music has become fragmented. Vinyl is making a comeback, even as CD is just there. Online streaming is still at an early stage.

But at the end of the day, it all depends on you. What works for you, what’s comfortable for you, and what your values are as a music lover. If you want to support musicians, you can go out and buy their merchandise, buy their vinyl records, their CDs or watch their gigs.

If you listen to music and support artists regardless of the platform, I think that will sustain the industry because platforms just reinvent themselves, they morph into something different every decade or so, but what stays is the music. As long as artists create music and people support music, the industry will survive. That’s the beauty of music, it’s unpredictable.

What did you do after the band broke up?

When we disbanded, I did a lot of things. I came out with a solo album, which was purely experimental. I gave it a shot but it wasn’t really my thing. I’m really a band person.

I put up a music company and tried managing, producing and helping young musicians find their way into the industry. I enjoyed doing that.

And then the band got back. But I wouldn’t mind if there’s a promising new artist to manage or help out, why not? Right now, I’m enjoying this second wave with the band.

But one of the things that I’m really proud of is investing in 12 Monkeys in 2014. It’s something new for me. One of the reasons I’m passionate about 12 Monkeys is because it’s a music-related establishment. I enjoy hanging out there with other artists who have different minds… 12 Monkeys is doing well. (12 Monkeys is a bar at Century City Mall, Kalayaan Ave., Makati.)

You mentioned managing other artists.

Yeah. I put up a company called Mecca Music that produces and manages young musicians. I managed Somedaydream and Luigi D’Avola. He’s (Luigi) a singer-songwriter based in Cebu. It’s fun and something different.

What advice can you give young, aspiring artists?

Embrace the great unknown. Being young is both beautiful and nerve-racking. Sometimes you’re confused, you don’t know where to go, where to start, but you just have to put yourself out there, take risks and next thing you know, opportunities will present themselves.

Get started. Start somewhere. It might be scary but the first step to
success is getting started.

Between 12 Monkeys, Hale and everything in between, how do you manage to balance things?

I love the beach! There’s something about the sea that’s very humbling. When you see the ocean in front of you—wide, endless—it’s just beautiful and you feel a certain level of rejuvenation. I make it a point to go to the beach every time I feel like I need to recharge.

I surround myself with family and friends whom I can just be myself with and relax or just talk about anything, deep, shallow or foolish. I think it’s very important to surround yourself with a positive environment, people who support you, care about you and love you.

Oh, and exercise, too! I always believe a healthy body leads to a healthy mind. It’s just a constant balancing act, not just in life but in everything—in your work, family, relationship, and the only way to maintain that balance is to be in tune with your body, your mind, your soul and it’s just a perfect understanding of yourself as a being.

What’s next for Hale?

For now we’re enjoying doing gigs again. We just came from Singapore and we’ve toured extensively in the Philippines. We’re talking to producers to do shows again outside the country.

We’re very blessed to be back again. We’re working on a new album. And to be honest, we’re excited, this is the most mature album we’re going to come out with because of all the challenges—everything that has happened to us.

Every time we come out with an album, we feel better, the drive is there and it’s really hard to put in words. We feel like we’re only scratching the surface. I know that’s weird, coming from a band that’s been here for a while, but we feel like we have so much to offer, our potential is limitless and we can’t wait for everyone to hear what we’re working on.