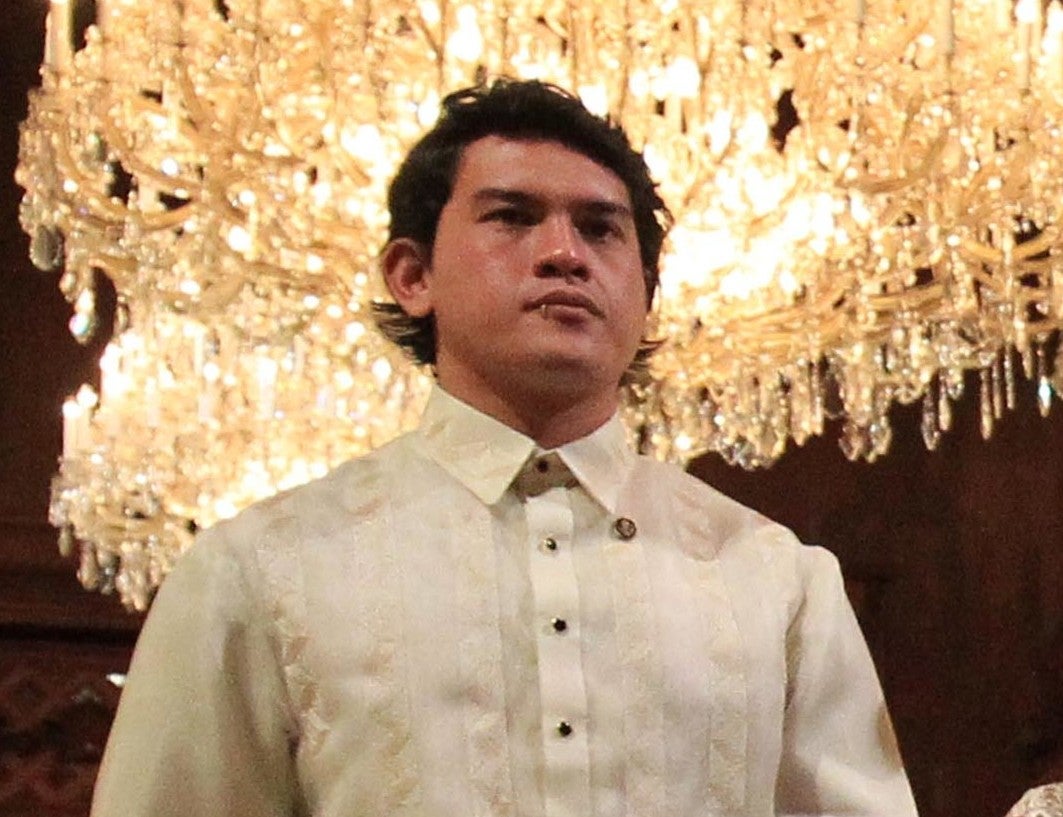 Commonly described by those who watched him during the campaign as “the adventurous type” among President Rodrigo Duterte’s children, he surfs, he sings, and he does not hesitate to eat a meal on the sidewalk.

YouTube has a video of Baste (occupation: “businessman”) chewing gum while addressing his father’s supporters. He lifts up his shirt to scratch himself in public without a care in the world. The Internet has photos of him, his enigmatic smile accessorized by a lip ring and goatee, showing off his abs while holding a surfboard.

READ: Baste Duterte: Face to face with the reluctant heartthrob

One father of a teenage girl said Baste is the type that would make him nervous should this unmarried father of two suddenly show up at their doorstep to court his daughter.

Manila-based unbelievers had their first taste of his magnetic appeal right after his father was sworn in as the country’s 16th chief executive.

Inquirer’s Malacañang reporter Marlon Ramos said Baste and his siblings, Davao Mayor Sara Duterte-Carpio and Vice Mayor Paolo Duterte, learned that civilians were at Gate 5 of the presidential compound hoping to catch a glimpse of the new President after the ceremony.

“Even the [Presidential Security Group] was caught off-guard when they decided to walk to Gate 5 to thank the people,” Ramos said.

Sara and Paolo immediately went on public official mode and gamely posed with civilians for selfies. But it was Baste’s entrance moments later that caused the crowd to lose control.

Ramos has posted a video that captured the frenzy. Screams of guwapo could be heard on audio.

“There were people taking selfies with [Paolo] who suddenly left him when they saw Baste,” Ramos recalled. Amid the screaming, the Inquirer reporter tried to ask Baste what the adulation felt like.

Baste did not give a straight answer but mumbled something about just being there to thank the supporters. Ramos, like many observers, thinks the sudden fame has not yet sunk in.

The reporter also pointed out that the President’s younger son, 28, still looked surprised when he was mobbed at the Palace gate.

Perhaps Baste’s magnetic appeal lies in his lack of self-consciousness. He is definitely macho but unabashedly shows his tender, spontaneous side when he cuddles Yair, his son with one-time FHM model Kate Necesario. (Baste has a daughter, who is older, with another woman.)

Many note that Baste’s older siblings are more sociable since public service has gotten them used to the limelight.

“People say Baste is more private and has very few friends. If he does not feel comfortable yet with the public attention, at least he is not letting it appear obvious.  He’s gracious about it,” said a source who observed him during the campaign. TVJ