For these women of certain age, writing is ‘therapy without the atrocious costs’ | Inquirer Lifestyle ❮ ❯ 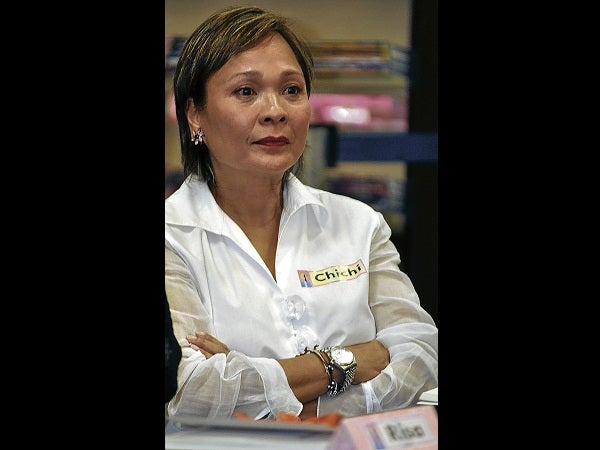 For these women of certain age, writing is ‘therapy without the atrocious costs’ 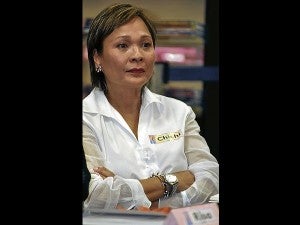 Over mint lemonades, sausage-thick cheese sticks that they can easily burn through golf and the stray diet soda, Rhona Lopa-Macasaet, Cecile Lopez Lilles and Chichi Fadullon-Lizot look like ladies of leisure sneaking time off from a full schedule of carpooling or playing soccer mom or corporate wife. They unmistakably exude the discreet charm of the bourgeoisie.

First impressions are dashed, however, when they reveal how serious they are about mastering writing and, to use one of the women’s terms, the “emotional pornography” it sometimes requires. They’ve just launched their second anthology, this time exploring the essay genre in “Turning Points: Women in Transit” (Anvil Books).

Their first was a collection of short fiction “When We Were Little (Women),” also published by Anvil.

Not only are they past their child-bearing and raising years; Macasaet, the book’s editor, puts the average age of the members of her writing group at 48, if one takes into account that there is a grandmother there (Maridol Sy-quia Mabanta) who is 70 plus, and the youngest is in her early 40s. It comes as a mild shock that there are still women like them who consider their age “a state secret,” Macasaet smiles. 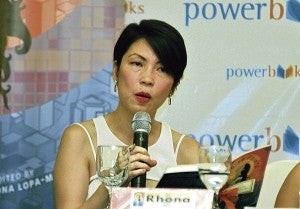 Lilles says that to Hidalgo, “It is not enough that you’ve written in high school and college. For those joining late in the game, she expects them to know how to write.”

Why writing? Lizot, who has lived for 14 years in different houses and cultures to be by her banker husband’s side, replies, “I’ve translated books from French to English. It’s frustrating to think I’m just a translator. I decided it’s time I wrote the stories myself and joined the group. All the experiences I went through, especially the hardships and the clash of cultures, are worth writing about.”

Most of the Second Generation are friends who meet in each other’s house where their mentor drops in two Wednesdays in a month from 9 a.m. to noon. In between meetings, they e-mail one another the homework they’re required. Macasaet says, “It’s like we have inside info on each other. So when we’re with others, they don’t get it.” 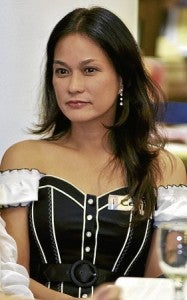 Lilles, a prize winner in a broadsheet’s book-review writing contest, accepted Montinola’s invitation to join the group, aware that Hidalgo “doesn’t teach Writing 101. She presumes you know how to write.”

They remember a Korean guy who walked into their workshop and mistook it for an English as a Secondary Language class. He got intimidated when he saw how far advanced the members are. He never returned.

Macasaet calls the workshop format “varied where we’re given writing exercises, sometimes all about description, e.g., describe a room so when you read it, you experience an emotion like sadness.” From there they proceed to describing a character, writing a scene until they progress to writing fast-food or sudden fiction, fiction and creative non-fiction.

They take up certain Filipino and foreign authors before class to consistently connect with what their learning module is for the moment. Hidalgo teaches the genre, gives them examples, then they write at the end.

Macasaet, an Ateneo interdisciplinary studies graduate who has edited the Second Generation’s two anthologies, describes their workshop as a non-graded critique situation “geared toward us having our own books eventually. She (Hidalgo) wants us to be published as often as we can individually or as a group.”

She is the group’s unanimous choice as editor. Lilles says, “She’s incredible. She sees the nitty-gritty of everything, and her grammar is impeccable.”

Getting all the writers together, even for a class, is hard because they all travel frequently and are constantly re-arranging their schedules so they can be a good majority of eight or nine in a session. 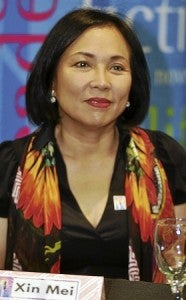 Lizot likes the writing process for providing her catharsis, as her essay “Missing” shows when she’s on pins and needles as she awaits word from a son who backpacks around the world with no money or credit card as his internship in life. She says, “Something happens when you write!”

Lopez calls it “therapy without the atrocious costs.” Her “Silence is a Religion” ends with a mysterious statement on the hardest silence of all: when all is not right in the home. She practices a remarkable restraint of not letting it all out on what seems to be a failed relationship.

She credits Hidalgo for teaching her the technique of “leaving something out for the reader to discern. That way you engage the reader. You can’t spoon-feed your reader.”

Macasaet enjoys the process of creation because “I play with words and images. I find time to be alone to think, to be totally in the zone which is a different frame of mind altogether, a satisfying state.”

Her short “Still Life,” set by Lake Zurich in an afternoon in May, reads like a prose poem that may have been labored over. To hear it from Lilles and Lizot, they “had to practically hold a gun to her (Macasaet’s) head, we threatened her,” as she seemed more inclined to edit their works or write fiction rather than an essay.

Lilles describes Macasaet’s prose: “It has a cadence. There’s not a word out of place. Her style is literary and demands a mature reader. Sorry ka na lang if you don’t get it.”

“It didn’t take me long,” Macasaet says, “I got in the zone. Honestly, it just took me one afternoon and a revision.” 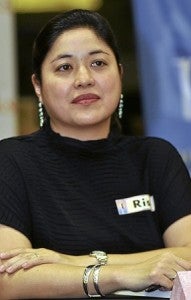 She chooses the hours from 11 p.m. till 3 a.m. to write so it’s quiet and she doesn’t get bothered. “My creative hours are at night. In the morning I’m a zombie, although I write notes on post-it pads beside the bed in case an idea or a phrase comes up.”

Lizot’s writing hours are the same. When her French husband retired, she saw his need for her company. He recently left abroad for a consulting job. The wife rues, “Hopefully, that will give me time to write.”

Self-censorship crops, as when they write for-your-eyes-only compositions. The secrecy is borne out of fear of and for their families, especially children and parents, since they mine their stories and essays from experiences and their portraits of others may not always be flattering.

Although Hidalgo encourages them with statements like “If you’re afraid, why write at all? You can’t be a writer if you’re not brave,” she has told them that her generation is also secretive, and there are some things she can’t write about.

When they gave short stories for “When We Were Little (Women),” Lizot says, “We were not prepared to bare all, so our childhood stories were fictionalized.”

The three think that Laudico, Xin Mei and Mabanta are “the brave ones,” especially the older Mabanta who likes to declare, “I don’t care, I will write about it.”

The three found other activities they enjoy doing together: exercising (golf or Pilates), drinking vodka or wine “just to be together at no particular venue,” says Lilles, who bikes with her six children, earning her the name “Julie Andrews” from the group. “We’re not social butterflies who hang out to be seen. We like to be together to chat.”

Apart from partners who are supportive “by leaving us alone,” they feel they owe their developing, if not developed, skills to Hidalgo whom they call as “no better teacher who is very dedicated to what she does. She lives and breathes literature.”

Lizot says Hidalgo doesn’t want anything more than “for us to come out with our individual projects. It’s like she’s addressing us as old mules, but she doesn’t force us.”

Asked if they do any paid work at all, the three admit that they don’t and feel happily blessed that way. In fact, all author’s royalties from the sales of their book go to the Likhaan Foundation that funds scholarships for writing majors at the University of the Philippines Institute of Creative Writing.

Lilles likes to quote an artist who once said, “All art comes from a place of pain.”

It is hard to tell where that place is just from an afternoon with these three women as they move to the rest of their evening, phrases, ideas and forms percolating in their minds for their new tales.