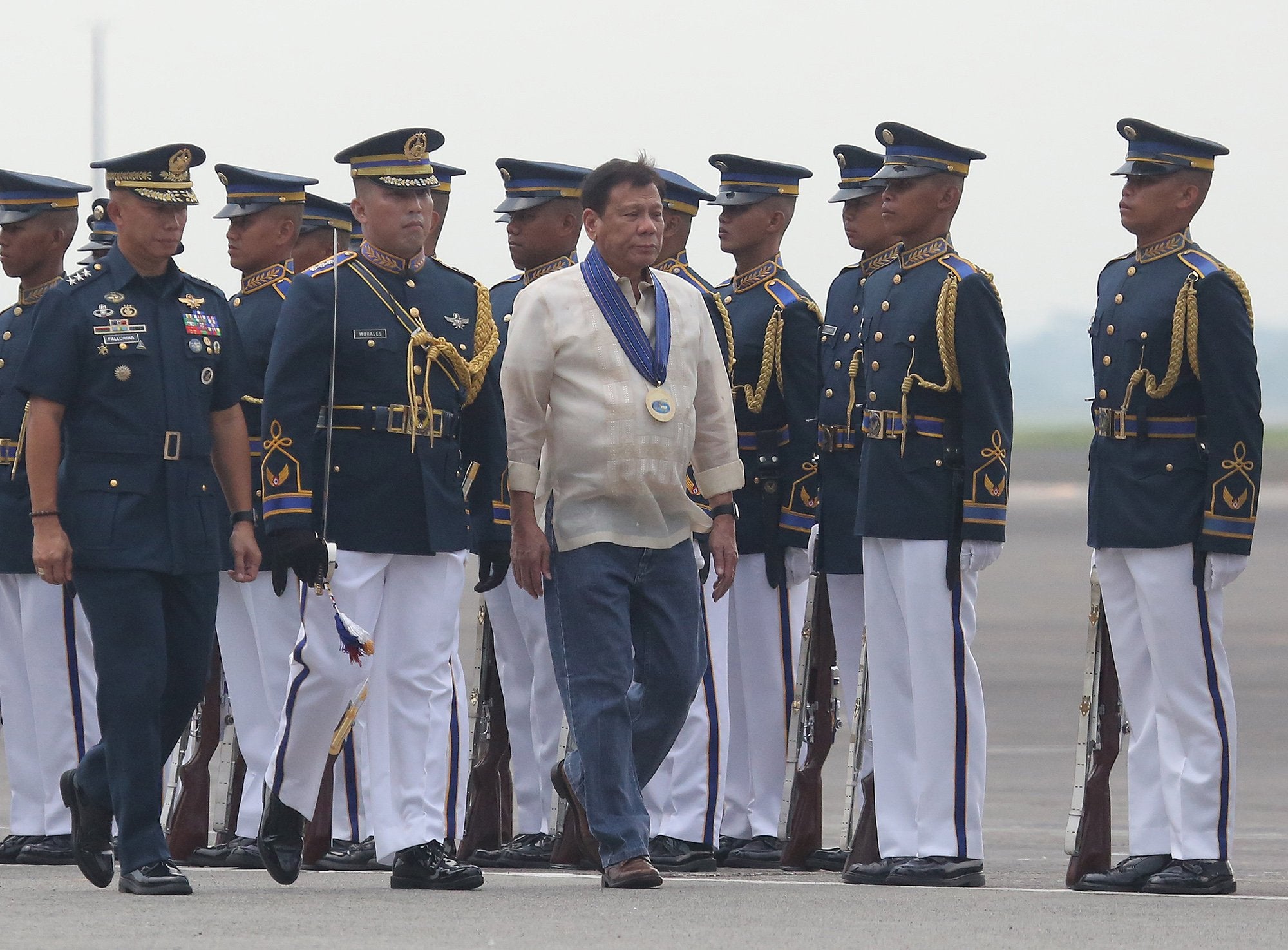 Duterte ditches plaid for barong–but the pair of jeans stays

President Rodrigo Duterte may have ditched his signature plaid shirt for a barong Tagalog with rolled-up sleeves during the 69th anniversary celebration of the Philippine Air Force, but the pair of denim jeans stays.

Duterte rounded up the look by wearing a pair of brown leather shoes, instead of black ones, at the PAF rites in Clark, Pampanga, on Tuesday.

READ: Duterte to PH Air Force: You’ll have all things you need

After the Air Force event, the President braved the bad weather and graced the start of the Fiba Olympic qualifying tournament at Mall of Asia Arena in Pasay City wearing a brown polo shirt and jeans.

“We have a working President,” Abella said in a text message on Wednesday.

There was no specified dress code for the PAF event but guests were advised to be in “smart casual” attire.

During the campaign period, Duterte preferred to wear jeans and checkered shirts even when attending business events.

The President, who had been Davao City mayor for 22 years, earlier said he was not comfortable wearing a barong because of his allergy.

“This is a sovereign function,” Duterte told INQUIRER.net when teased about wearing the formal attire.